Despite still dying of flu for the second week running, I managed to drag myself down to the allotment. Unusually for the UK, the weather is still good, a little cooler than last week but still lovely and sunny.

Today, like an idiot, I decided it was the day to shift things around in the coop. It’s been ages since I did a proper clear out and move around. My intention was to move the main nest box across to the opposite side of the coop as we are going to use the old 10″ x 12″ greenhouse frame as a second coop area. This will allow the ground to rest in the main coop for some months.

In order to do this, I had to move the quail coop – I separated off the quail coop from the legs. The legs took some moving as the frame has got a bit wobbly and they have sunk into the ground quite a bit. I dragged it across to the other side of the coop and immediately the chickens decided it is a good perch.

A short interlude followed for a drink and biscuit at the clubhouse. The usual putting the world to rights followed before we adjourned to check the bees. 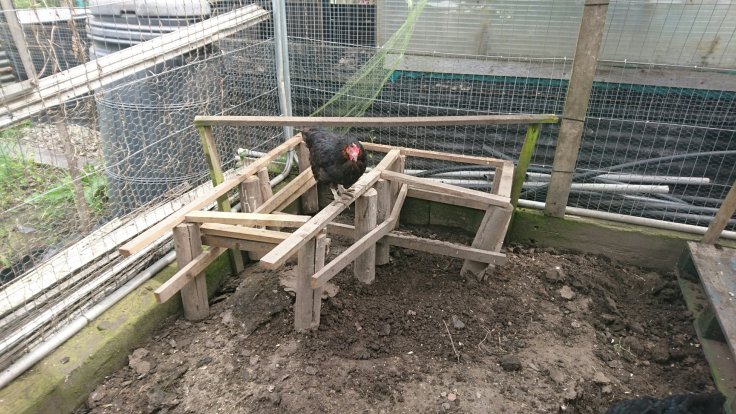 Today our main job was to check the nuc box. On Monday we split the hive and we were hoping we had managed to put in a frame with eggs in. 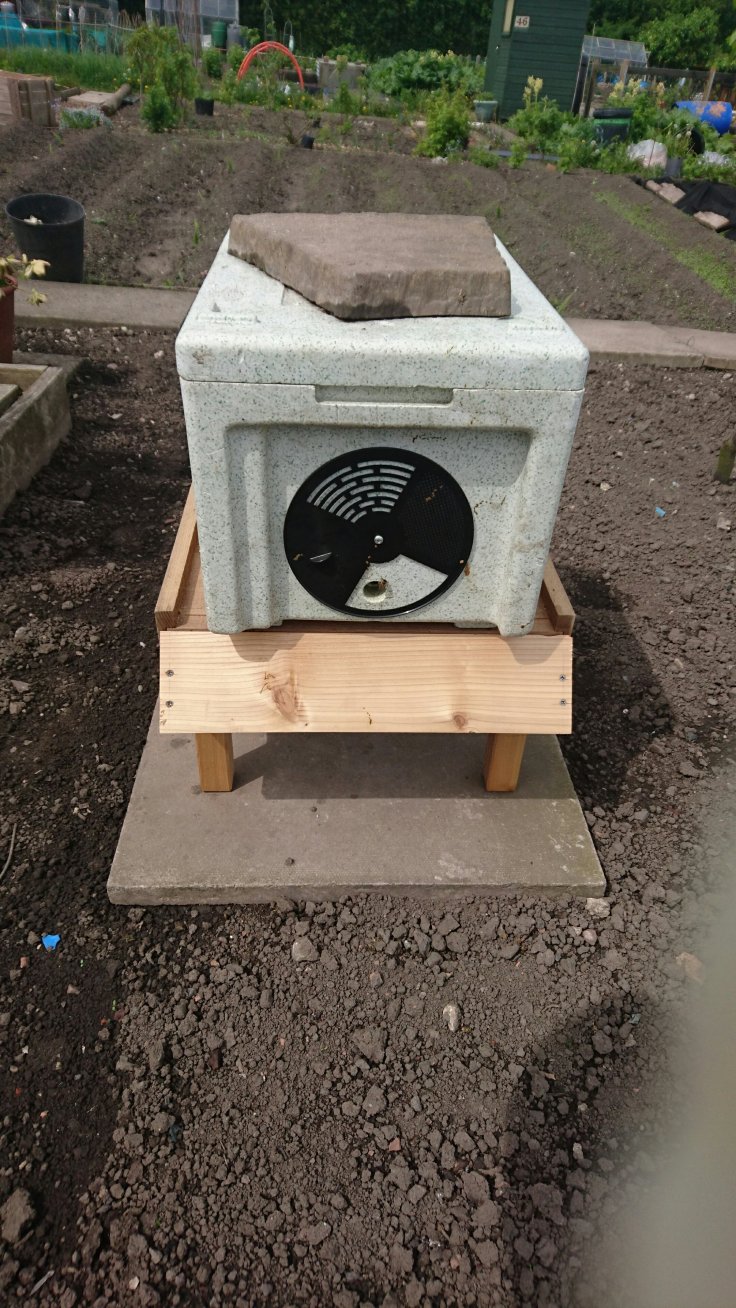 We opened the box, relieved to see bees busy working on the frames. We removed the clear plastic cover and started to haul out the frames. If there wasn’t a closed Queen cup on one of the frames, Steve and Phil would have to buy a queen to put in. It’s not a disaster but it would be amazing to do it without having to buy one.

We went through several frames with no luck until finally we hit the jackpot – a sealed Queen cup!

We quickly closed the box after checking their food supply. It will need topping up tomorrow.

Onto the next hive on Phil’s plot – this one is still a bit worrying but today it had more brood which is good. We also found the Queen and she looked healthy and busy. So maybe if the weather holds out without another cold snap, they will pull through. Interestingly, on one of the frames, the bees have built their own comb rather than building out from the wax sheet in the frame which they haven’t done before.

Bees sorted, I went back to the coop to do a thorough clean and tidy. I tried to level some of the ground where the chickens have been burrowing to have a dust bath. In turning over the ground, the usual chaos ensued with chickens shoving each other out of the way to get to the newly turned over soil. 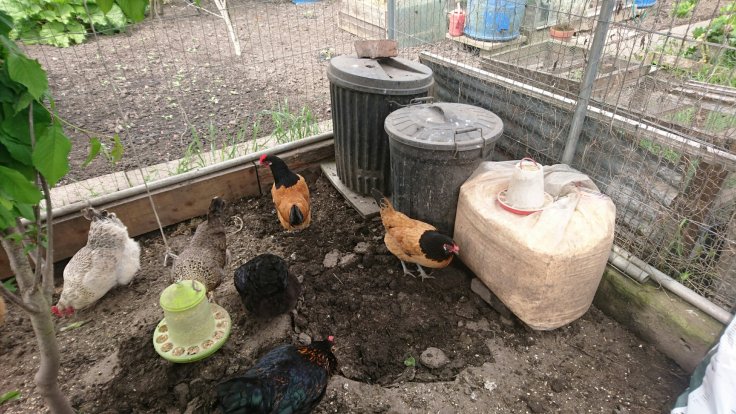