Today I was down the allotment before 8am – definitely a new record! Helpfully, the delivery of the olive tree we are planning in our daughter’s memory would arrive between 8am-8pm. I arrived armed with a food and drink ready to spend a good 12 hours down the allotment. 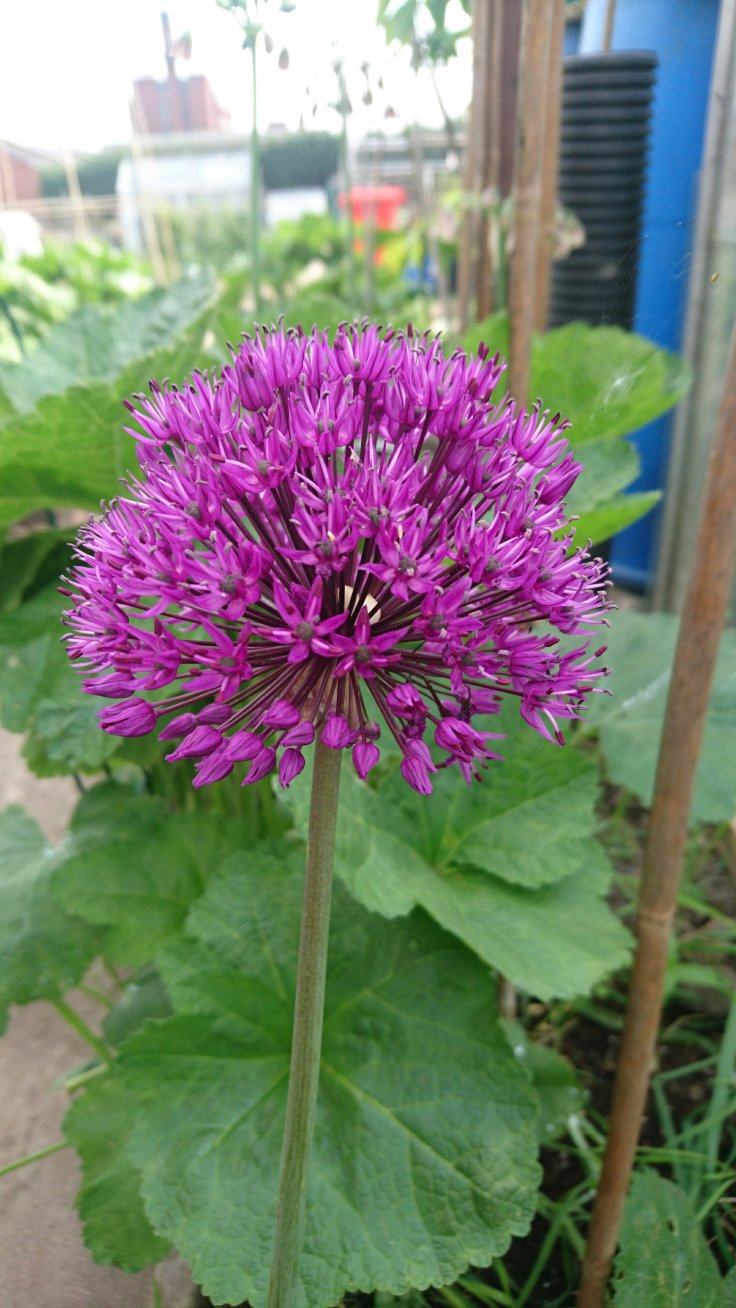 Shed opened, chickens fed and a general potter around the site saw their first hour go by quickly. After that however, the sound of every car passing made me stop and leg it to the front gate.

I decided to put myself within ear shot of the road and do something productive by weeding the strawberry bed. I got halfway through the bed, the mare’s tail was like a forest. It took forever to get out! The chickens rapidly demolished the weeds which is an added bonus!

Tea break followed and everyone came out of the woodwork for half an hour. Once the world was set to rights, we all went off back to our plots. The next couple of hours saw me attempting to eradicate the grass and bindweed which insists on growing despite my best efforts. 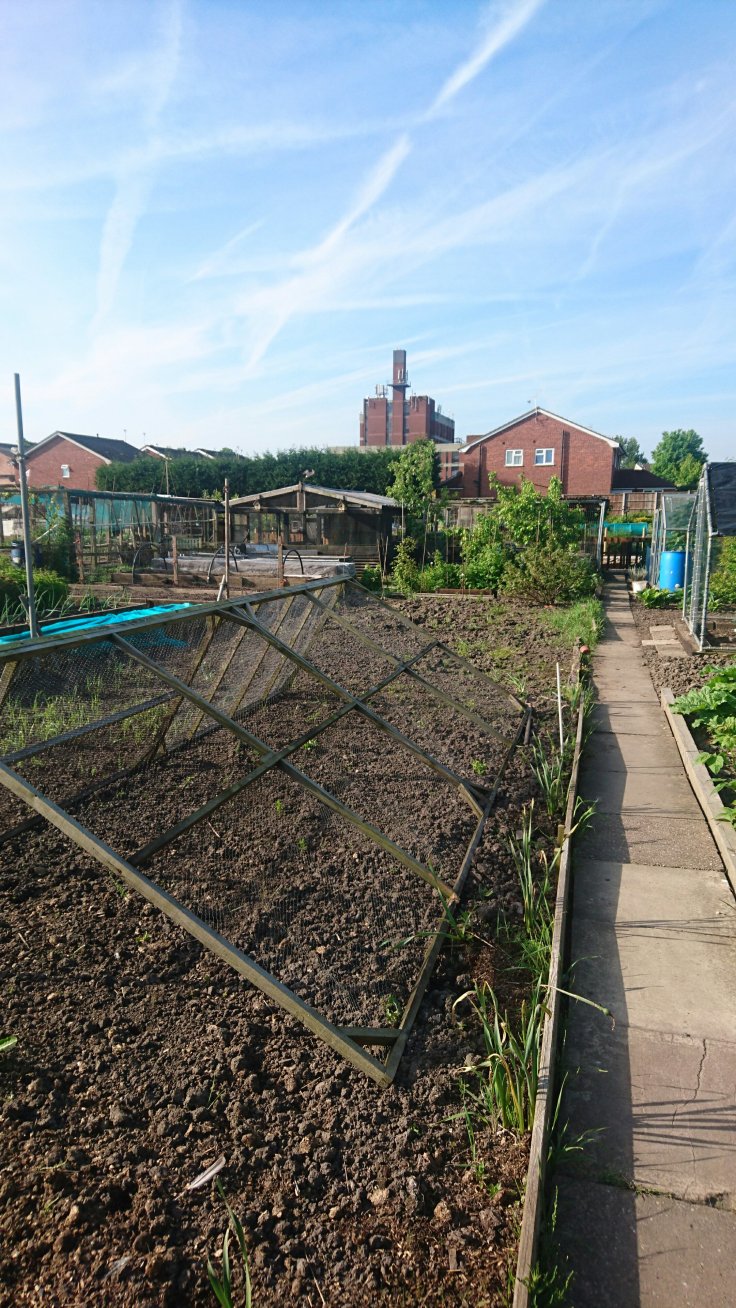 Phil swung by and kindly offered us some runner bean plants and two special pumpkins. I planted the beans near the top of the plot by the shed. I haven’t quite decided where to put the pumpkins yet. 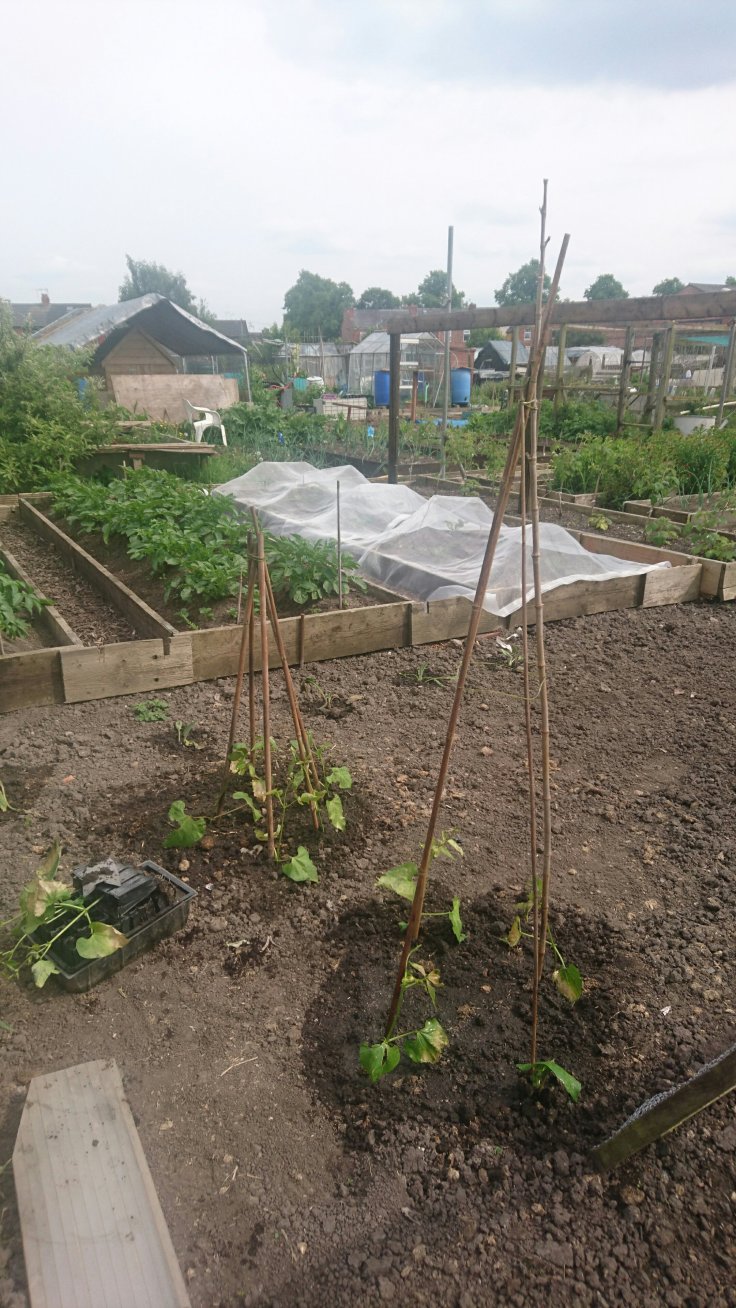 The heat was intense by midday and upon receiving a text giving a two hour window, I left for lunch and a break at home which may have turned into a post-lunch nap…

Upon my return, I found everyone had left except for Cliff. I set myself up by the clubhouse and eyeballed the gate for another hour. Eventually, I got a call from the delivery man saying he was on his way. Invariably, he got lost on the way!

Finally, he pulled up and got out.it turns out he used to have an allotment a couple of years ago! He got the tree off the truck and even helped us get the tree almost a third of the way to the community garden! 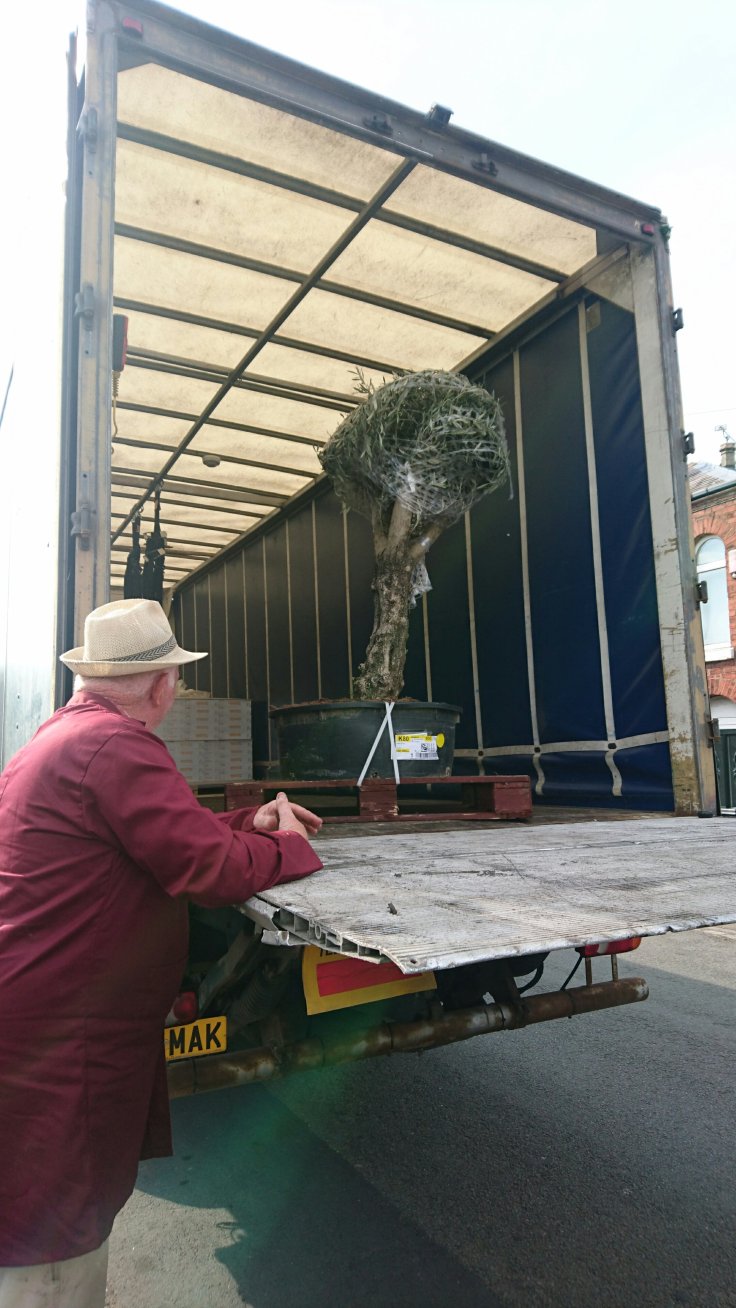 It was most definitely a team effort, my long suffering husband, his best mate and Cliff all joined in moving the tree to its proper place. We borrowed a trolley from Dave the Plod and managed to precariously balance the tree in its pot on the top. Then with one pulling and two pushing, they moved it slowly between sheds, along uneven paths and around waterbutts until we arrived at the community garden.

We gave the tree a good water and left it to rest after its trip. Tomorrow is the day we can plant it!

3 thoughts on “Our daughter’s tree arrives!”