Today I ambled down to the allotment ready to get cracking with the messy section at the bottom of the plot. 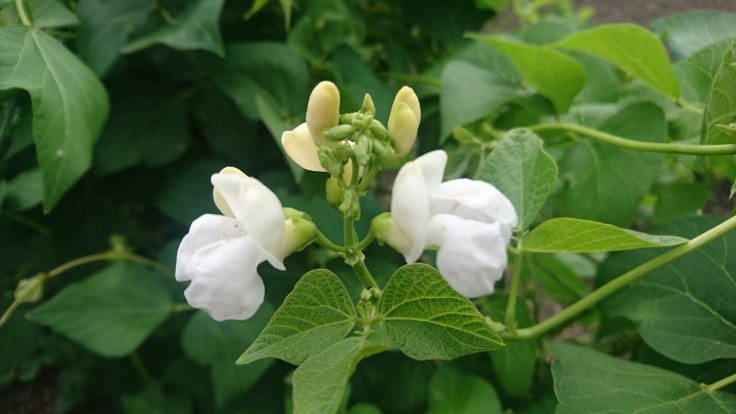 First I checked the coop – I couldn’t find either of the new chickens! I checked in the nest box, around the coop and recounted the chickens. Eventually, I spotted them hiding under the back of the nest box. Both Nelly and Daisy seem OK if a bit cautious about approaching the other chickens. Daisy is definitely more adventurous than Nelly who spent almost the entire time hiding under the nest box. Cliff says that his new ones have settled in quite well although I did hear some serious clucking and ruffling of feathers which might suggest otherwise. 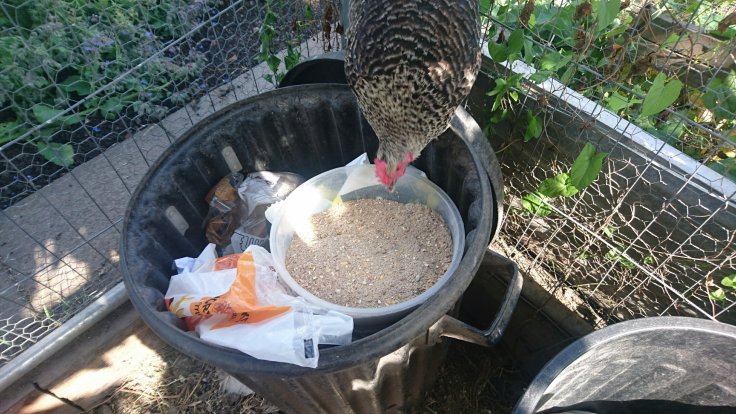 Daisy was rather hungry this morning – she jumped up onto the food bin and got busy scoffing the food while I had my back turned! 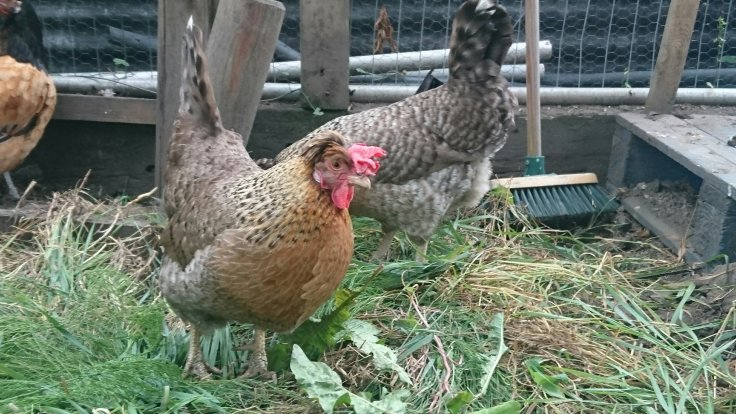 Once fed, I left the chickens to continue arguing amongst themselves and went for a chat at the clubhouse. Steve has finished making all the new supers for the hives as well as putting in the new verroa meshes at the base of the new hives. The bees seem busy and happy with their hives. We will have a good look at them over the weekend to check how they are doing. 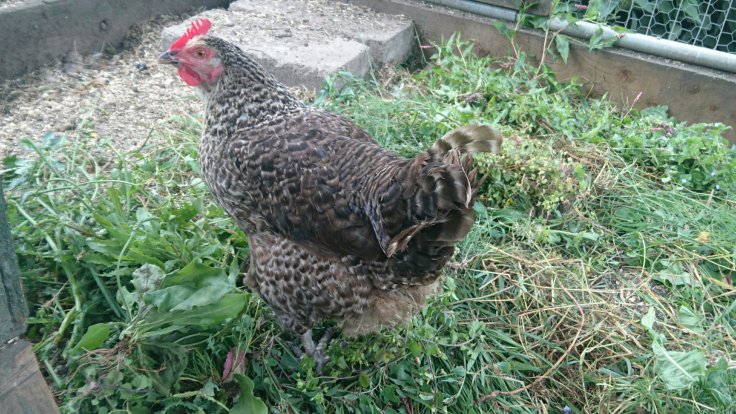 I made a start in clearing the jungle between the fruit trees and the coop. It will take another session to clear it properly but I can now see how much space there is between the trees and coop – it might just about fit the greenhouse frame. Just. My aim is to build the greenhouse frame and use it as a coop extension if it fits. If it doesn’t, I will use it as a fruit cage/polytunnel for crops next year. 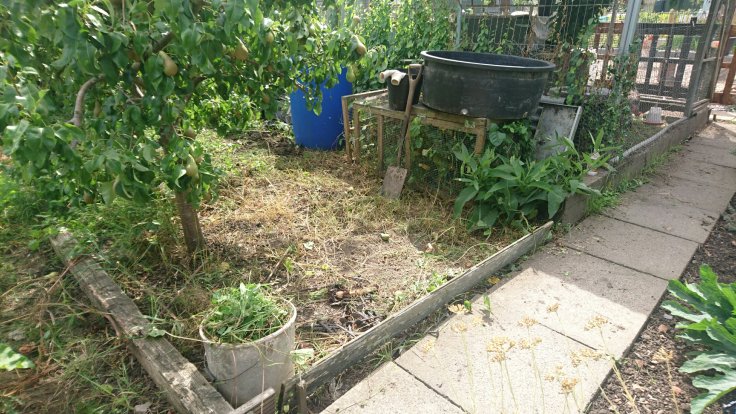 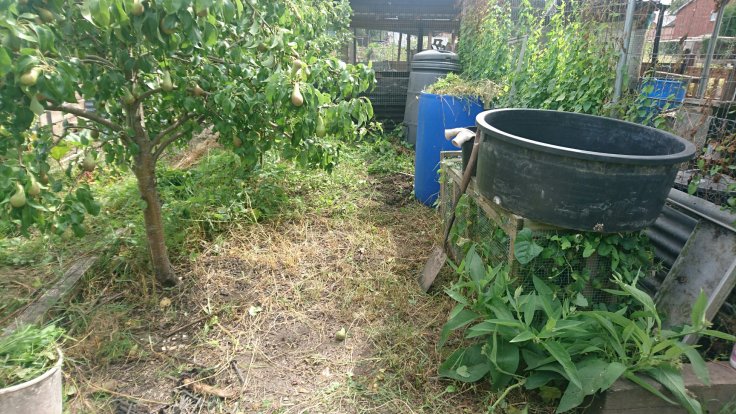 I also made a start clearing across the back of the fruit bushes and trying to excavate out the rhubarb which has been totally buried by weeds. In my excavation I found a lost gooseberry bush that I replanted several months ago. How it is still alive is beyond me. Again, more to do tomorrow but it’s looking better slowly!

I need to replant another stray gooseberry which had seeded itself by the coop. It will be planted near the other fruit bushes. Sadly, the black currant bush we were given by Geoff seems to be struggling – most of the leaves are now brown and it isn’t looking too healthy. There are still a couple of branches with green leaves so maybe all hope isn’t lost yet.