Today I overslept and went down late to sort out the chickens. The weather has returned to being unbearably hot again so I decided to just do the chickens then retreat into the shade.

I was greeted with grumpy clucking as I checked the coop. Both Nelly and Daisy were hiding under the coop again. Fortunately, Daisy came out when I was thrown out the bread and Nelly was brave enough to stick her head out from under the coop to snaffle a piece. Daisy’s next move was to plant herself in the mixing bowl and spend 10 mind devouring all she could. I came back to turf her off and catch Nelly to see if she was hungry. She was. Despite having 3 different food containers spread across the coop, I think the other girls are restricting their access to it. I left them to have their fill while I said hello to everyone. 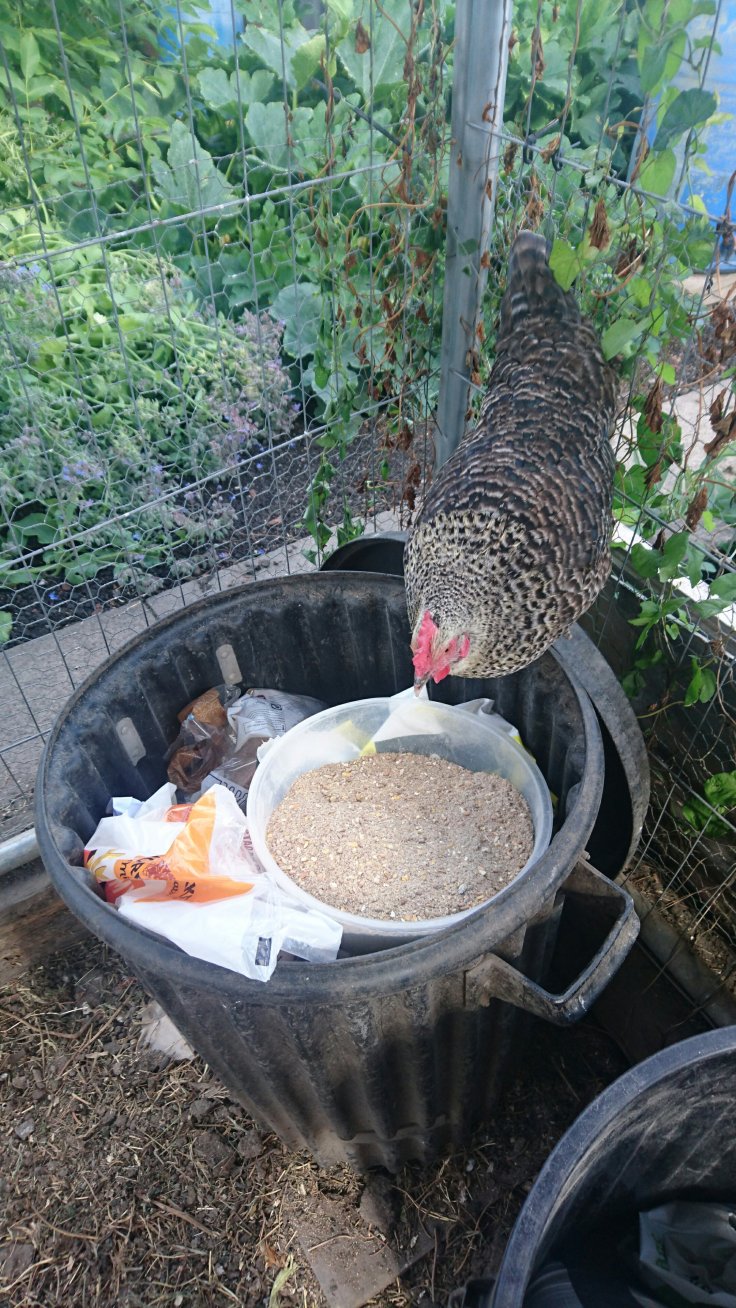 By the time I came back, Daisy had managed to tip half of the food out into the bin. I removed the disgraced chicken from the food and she went to get a drink. Whilst they were both up on the bin I managed to get a good look at their legs. Cliff helped me do them a couple of days ago and they are looking significantly better. The cream helps the scales shed and protects the legs whilst the new scales grow. We will do them again this weekend. 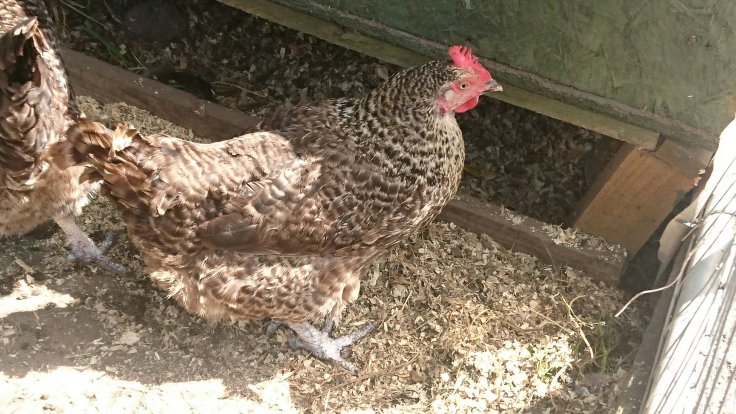 Next I ambled up to the clubhouse to find Phil and Mick the Greek laying weed fabric at the end of Phil’s plot. Steve had scavenged some bags of gravel and brought them to the site so that Phil could cover the weed fabric with it. The gravel was fine but full of moss and soil. In order to clear the gunk from the gravel we used a riddle. Phil planned to use the gravel area as a sitting area with a bench and two wooden flower pots made by Will (he makes the most amazing wooden crafts!) and upcycling an old sink as a flower pot. 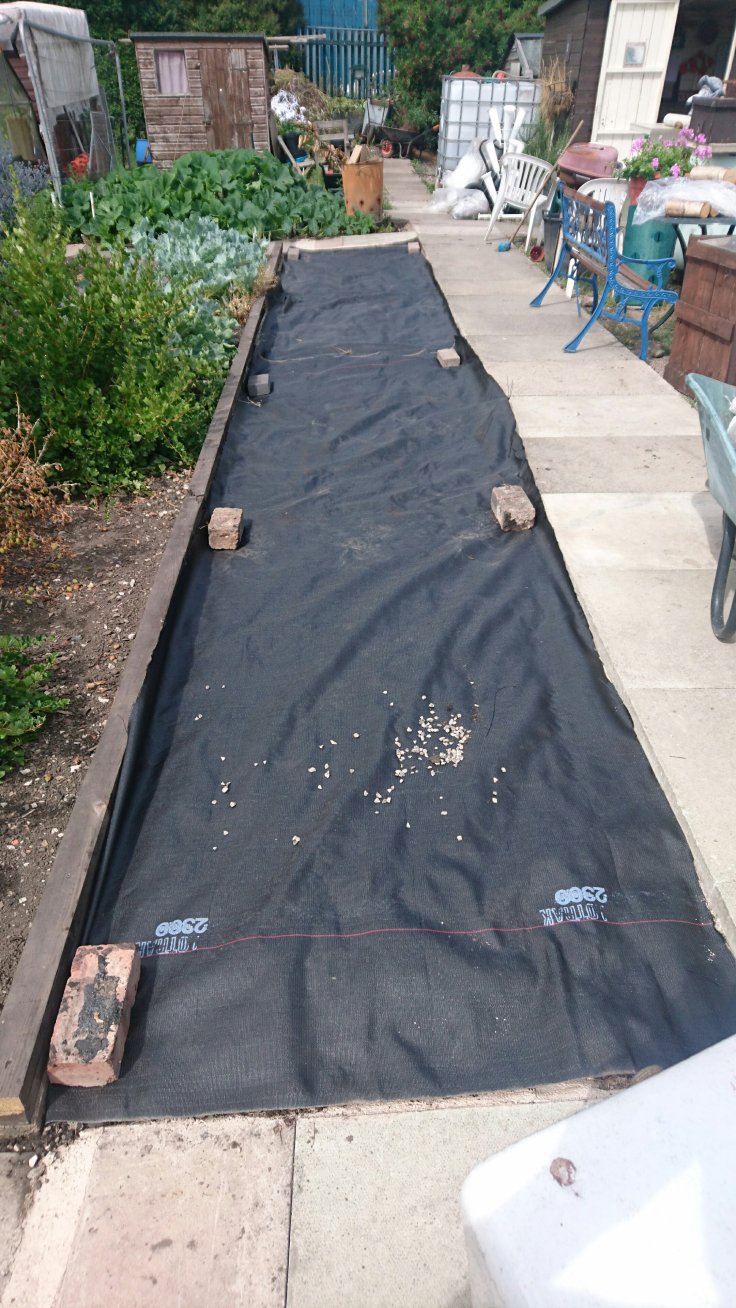 The soil we removed we used to fill the flower pots and sink ready for new plants.

The riddling of the gravel in the midday heat was tough. My hands are covered in blisters and bruises but between Phil lugging wheelbarrows full of gravel from Steve’s trailer in the car park to the clubhouse and me sieving gravel, we managed to cover about 3/4 of the area with a wheelbarrow full of gravel left. This should be enough to finish the entire area tomorrow. 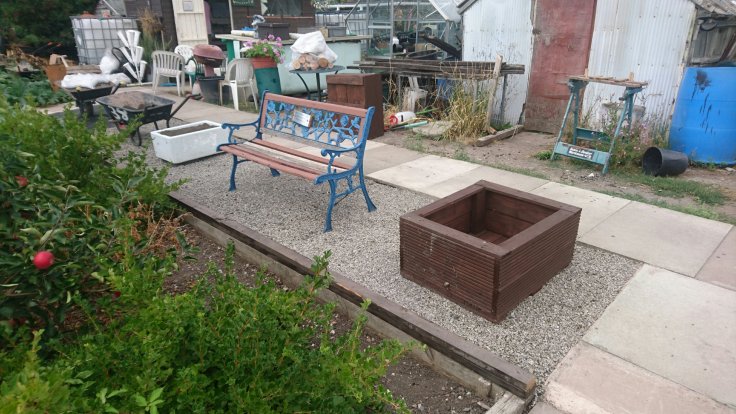 It looks amazing doesn’t it? I am now plotting how to improve the space between the end of my plot an the main path – Phil suggested slabbing it or putting gravel down. Either way, I want the weeds gone and some room for nice pots full of flowers…