I opened the curtains to see rain. Sheets of it. The allotment definitely needed a good soaking but I had hoped it would have stopped in time so I could do some jobs. By the time I got to the allotment I was soaked.

I joined Phil and Geoff in the clubhouse in the hope the rain would stop so I could do the chickens without getting drowned. We were joined by Dave the Plod and had a chat about topsoil and where was the best place to get it. He offered me some tomato plants which he is particularly adept at growing. I took him up on his offer and currently have six tomato plants ready for potting on. 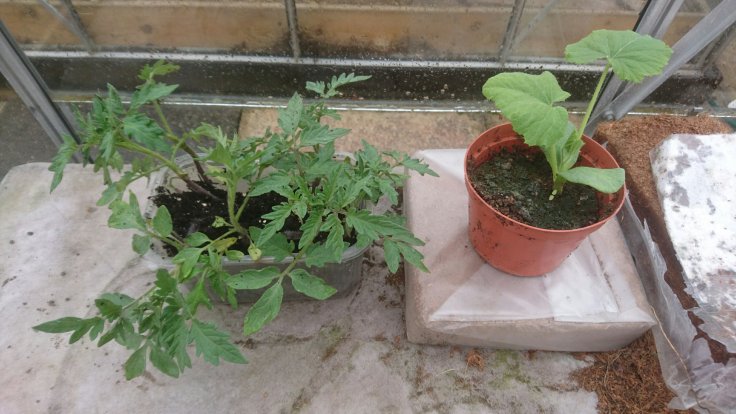 I took shelter in the coop as I fed the girls. The rain had got into the food and it had blocked the new food from coming down. I cleared the wet food away and topped up their feeder with new food. It was clearly a hit with the chickens because they started eating it the second it was hung up.

Next I dashed up to check on Emily. Two weeks she has been sitting resolutely on all twelve eggs and shows no signs of getting off anytime soon. The last week is always a bit nerve-wracking because there is always a risk she might get off a day too early. Or that the eggs won’t hatch. Or that they are all cockerells. I am going to be biting my nails all week. 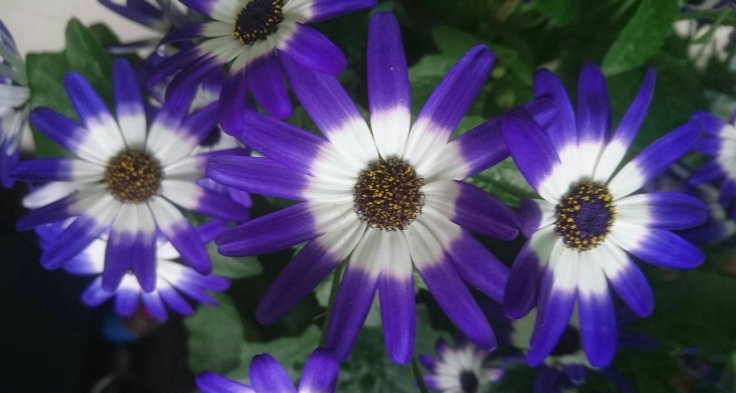 The rain although it soaked me through, has done wonders for the plants. They have all gone crazy! All the onions have suddenly sprouted and the new fruit trees are going all out. I spent a while hiding from the rain in the shed in a futile attempt to minimise getting wetter. 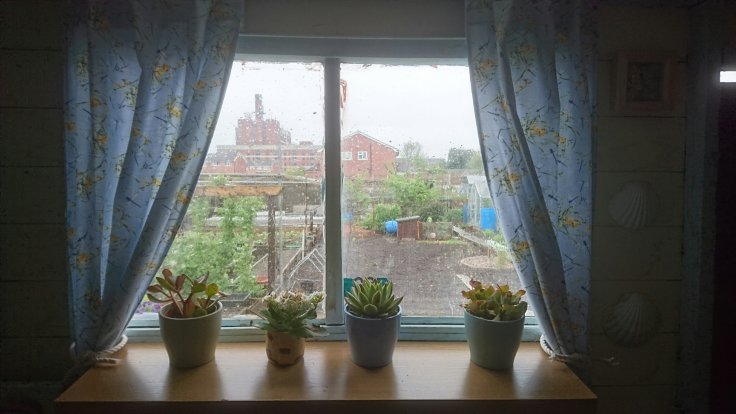 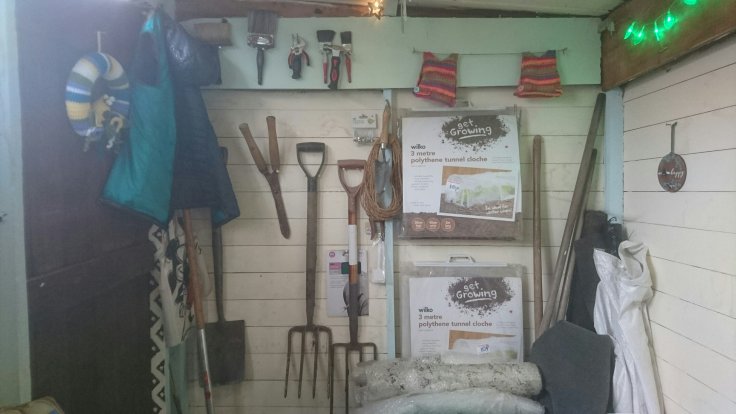 I decided to check the wormery towers. It has been a week since I checked on them and I was very curious to see what they had been upto. As I opened the box, I spotted several small worms which is good as it means the population is growing and they are happy. Some of the larger worms have made their way into the coconut compost. Whether it’s because they have eaten through the first load of food scraps or because worms go upwards when it rains, it’s not clear.

Before I left I went to check on the potato pots. Miraculously, the ones I planted in front of the shed seem to be growing. I put this down to spite. If I hadn’t tried the pot method, I guarantee the other potatoes wouldn’t have grown. 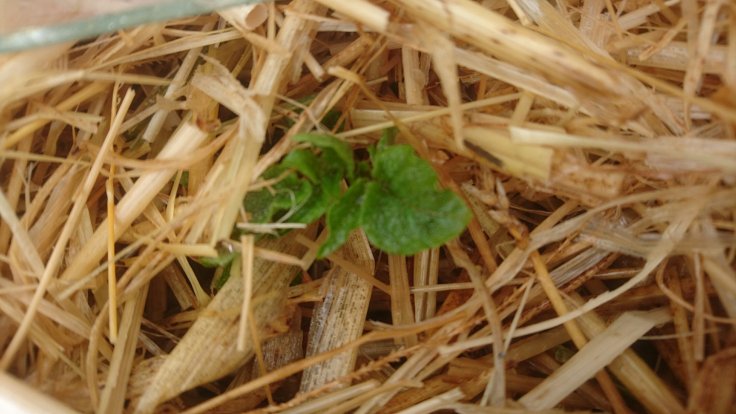 I had a quick check on the greenhouse as I left to find Cliff has finished putting the last couple of glass panels! It looks brand new and both Cliff and Mick the Greek have done an incredible job salvaging it. Now to fill it with plants! 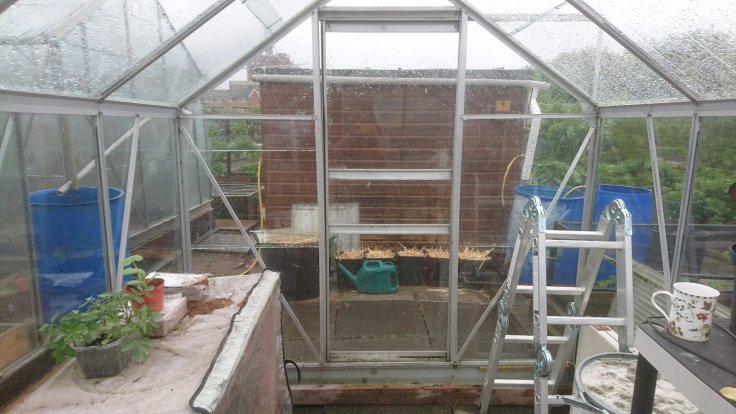 2 thoughts on “The rain cometh”