This morning I arrived to find Phil and Steve had been busy sorting out the hives. They had removed the frames from the nuc box and placed them into the box. Unfortunately, Phil had forgotten to check the frames as he was transferring into the hive. They took exception to Phil moving the frames for a second time and one particularly irrate bee decided to sting him. Not on his hand or arm. His face. Poor Phil left today with his right side of his face rather spectacularly swollen in search of antihistamines.

To say Steve was gleeful that he didn’t get stung is an understatement. I think it’s the first time that Steve hasn’t been stung and Phil has! 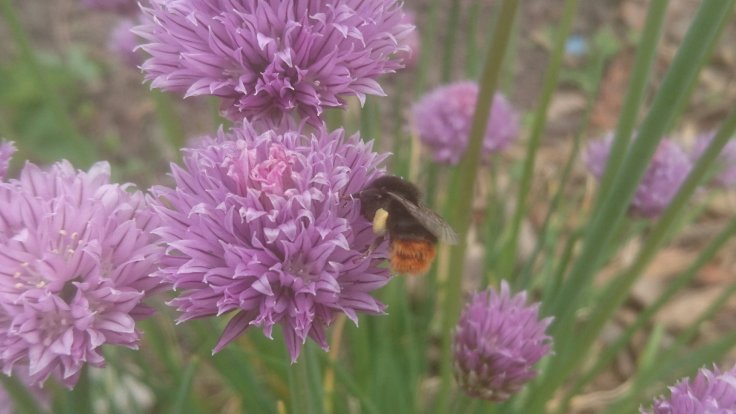 I fed Emily and the chicks quickly before dashing down to the main coop. Pop and Fizz were busy enjoying a dust bath whilst Molly was busy scratching.

As I was feeding them, Geoff pottered by claiming to have had the biggest egg ever. I followed him to his coop and dashed under cover as the heavens opened. At some points, the rain shower was more like a monsoon. Geoff showed me his massive egg. How a chicken manages to lay an egg the size of a goose egg is beyond me. 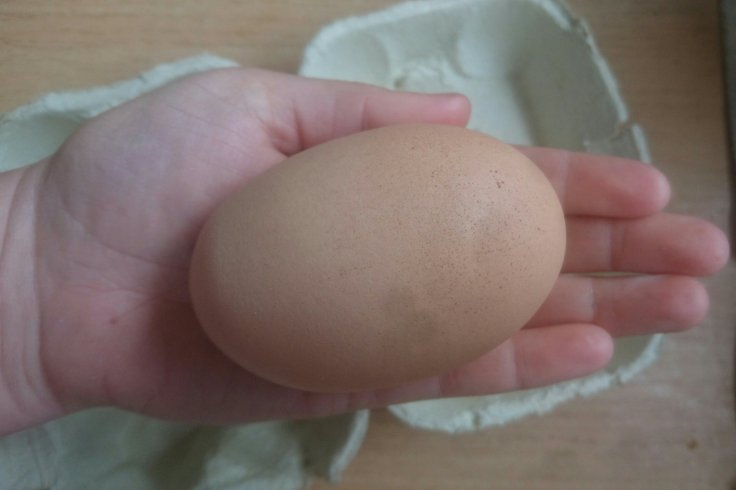 What was even more impressive was that none of the chickens were waddling! I put Geoff’s giant egg next to our Black Rock egg which is the biggest eggs we get. It was dwarfed. For bonus points, I put it next to a Vorwerk egg. It was hilarious.

We retreated to the clubhouse for a cuppa. Chris, Geoff, Steve and Mick the Greek were all there hiding from the rain. Steve had dropped off the frames he took out of the second hive on the community garden. Using a large knife,he cut out the honeycomb, leaving the wooden frame ready to be cleaned.

As the rain closed in again, I disappeared into the greenhouse to watch Emily and the chicks. Steve had brought down some wood chippings for people on site and he gave us a bag of chippings for the chicks. I removed everything from the coop and put in the new chippings. Emily wasn’t too impressed but she did spend a good half hour digging through it all. Within minutes, she had filled the water and food bowls full of sawdust. Idiot bird.

Whilst I was watching them, one of the wyandotte chicks launched itself at the top of the run, trying to get out. The greenhouse doors were closed so even if one managed to get onto the top of the run, they couldn’t escape from the greenhouse. After closely, watching the first chick, the Plymouth Rock chick made some adjustments and flew up onto the coop edge and spent a couple of minutes balancing on the top, much to Emily’s disgust. 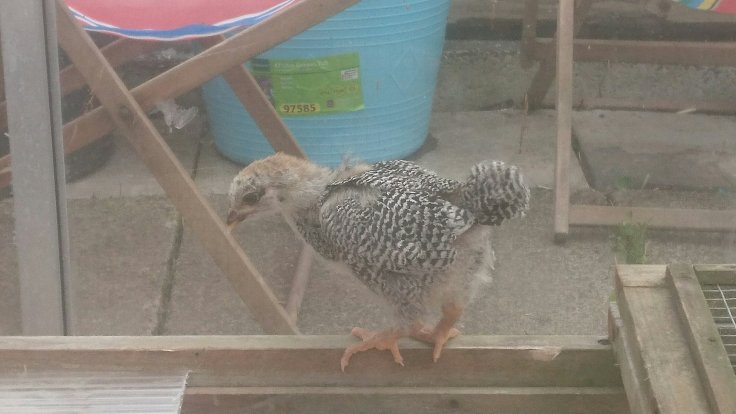 Whilst all this was going on, poor Emily was being hounded by one of the wyandotte chicks who climbed onto her back. With the chicks getting so big now, Emily is becoming less tolerant of giving rides. Usually the chick is only on her back for a couple of seconds before she dumps them off unceremoniously.

I left them to it and if the weather is better tomorrow, I plan to make the new run for the chicken coop on Rachael’s plot. I can’t wait for the new girls to arrive – Geoff has also reserved two and we will be collecting them together at the start of July.