I finally managed to get down to the allotment for a full day’s work today. It’s been a manic end to the summer and apart from running down to feed the chickens I haven’t had a moment to do anything. The plot isn’t quite as bad as it could be but the weeds are slowly overtaking.

Upon arrival, everyone was there enjoying the autumn sunshine at the clubhouse. I checked up on Leia and her friend who have grown massively in the past week. Phil came by and asked about how they were doing, rightly pointing out that the little cream legbar is still nameless. To match Leia I decided on Rey as both of them are born on or near May 4th. 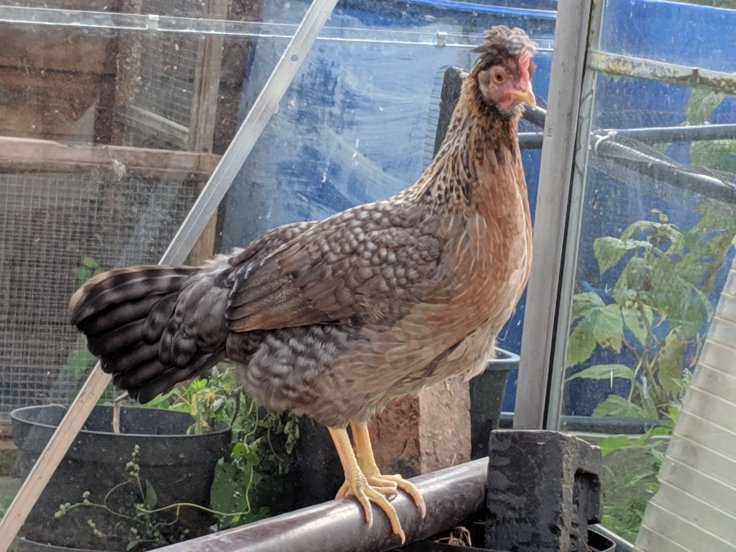 The other girls are happy and shouted at me as I arrived in the coop. I dished out their food and changed their water. I added a splash of cider vinegar as they haven’t had it in a couple of weeks. I found two eggs in the nest box. The cream legbars and vorwerks will stop laying in the next few weeks so we will be relying on our new chickens Hattie, Georgie and Katie for our eggs.

I borrowed a pair of tree loppers from Cliff and tackled the pear tree. It has somehow developed diseased branches. I spent a good hour pruning it, in some places quite severely to try to remove the diseased wood. Next I moved onto the cherry tree which seems to be on its way out. I carefully pruned the tree, a more difficult task than you’d think. Katie, Hattie and Georgie insist on being between my feet at all times, even when cut branches are falling. Idiot birds! 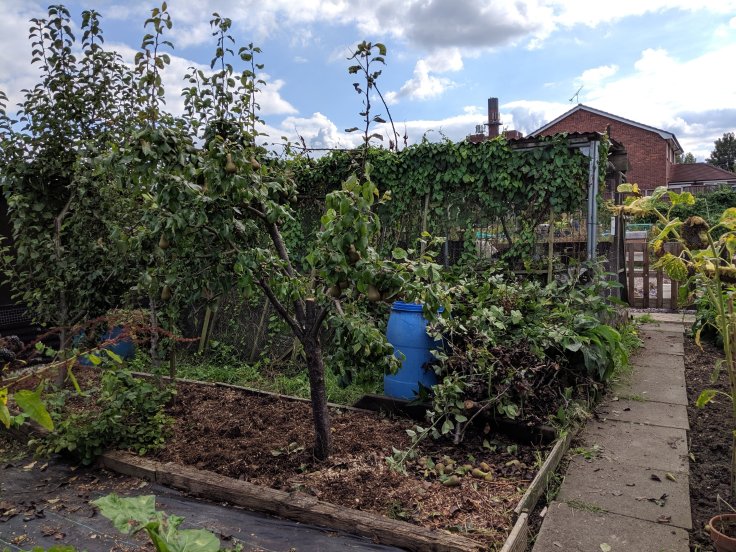 I moved onto the blackberry bush which has become completely wild. It is covered in berries which I picked a ton of. Once my hands were stained purple, I began to cut it back. It will mean sacrificing some berries but worth it to reclaim the back of the plot.

In my cutting back, I rediscovered my lost bag of bark chippings to go under the fruit trees. Our first bag provided a thin layer of coverage but this second bag finished off the job. It took a while to get it all spread out but it definitely looks much better.

Before I left, I finished off the weaving of the willow arch. The willow has grown enough to plait it into the arch. It needs to be a little bigger to finish it but it’s most of the way there now. 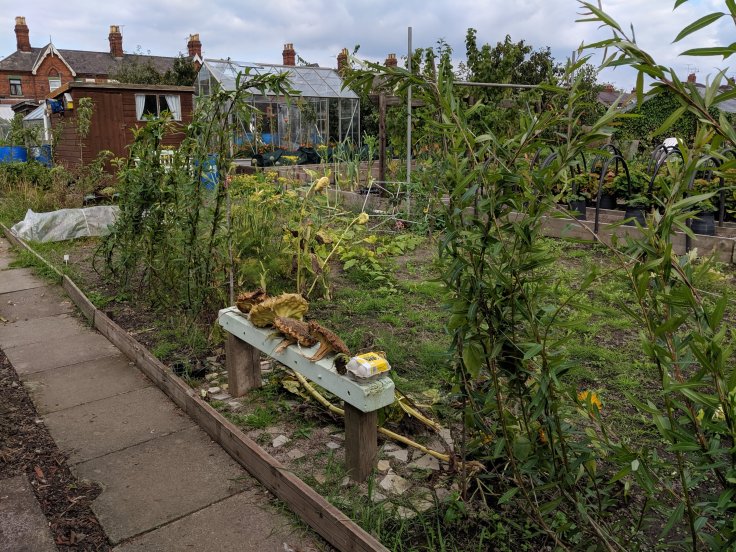 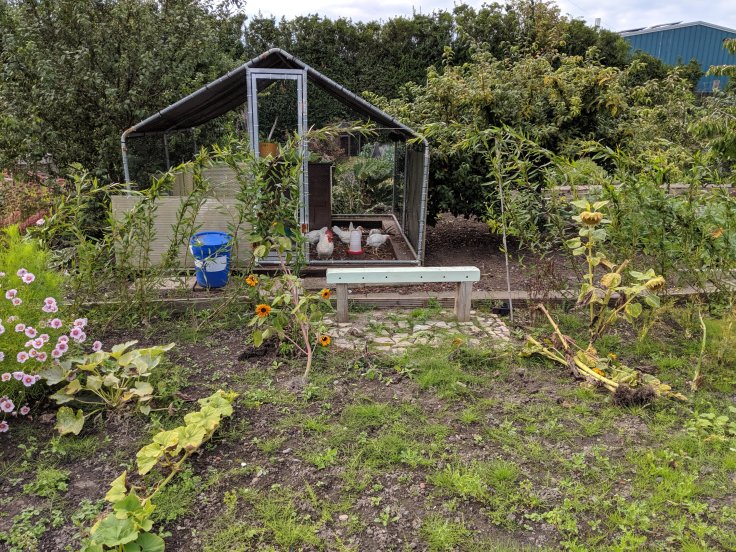 So over the next few days, I will hoe the plot and remove the weeds. Then it should be half respectable!