This afternoon we went across to feed the chickens to find a rather curious state of affairs in our chicken coop.

The first sign that something was odd was the appearance of a half bag of pellets, a small bag of grit and half a bale of wood shavings. Odd, but explainable if someone has bought too much food for their birds. We collected our average egg count of 4 delicious brown eggs from the top of the nest box. 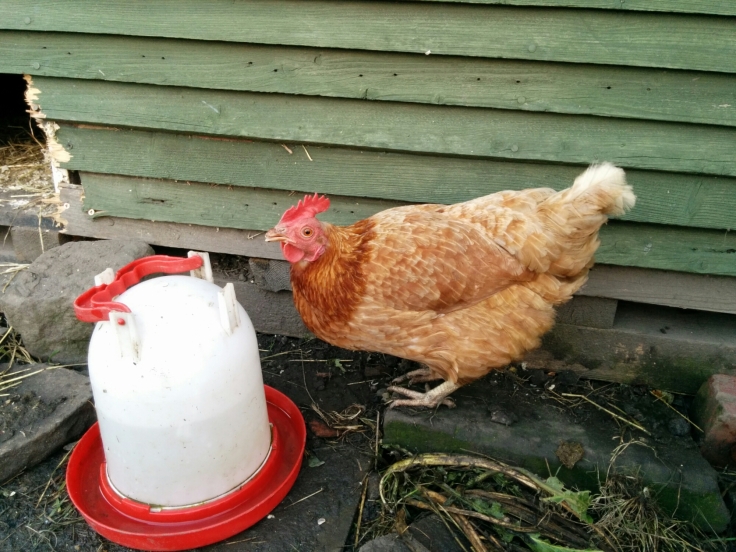 When we opened to coop door and walked in, things got odder.  Three brown chickens we had never seen before were perching on top of the food storage bins. Confused, we checked our 5 chickens were there before looking back at the three strangers. What on earth were they doing there?! 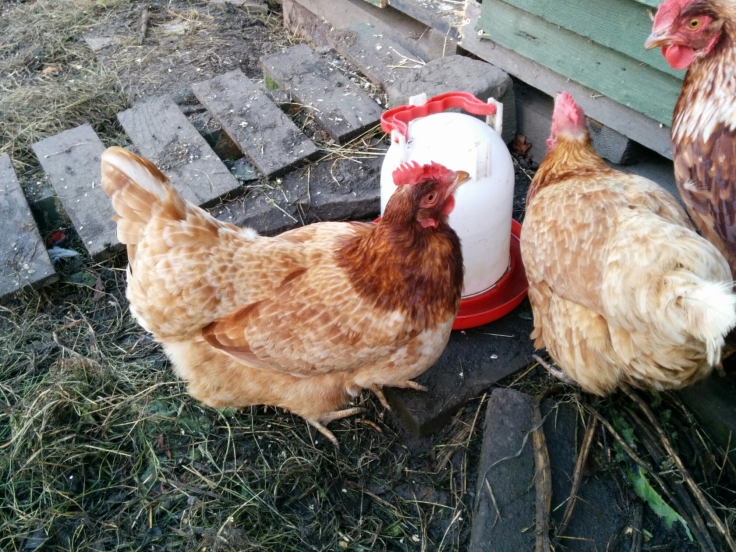 The only explanation we could come up with was that someone needed somewhere to keep them whilst they were building a new coop. As we have room for more, they put them there temporarily, with food before moving them into their new home in a few days time. 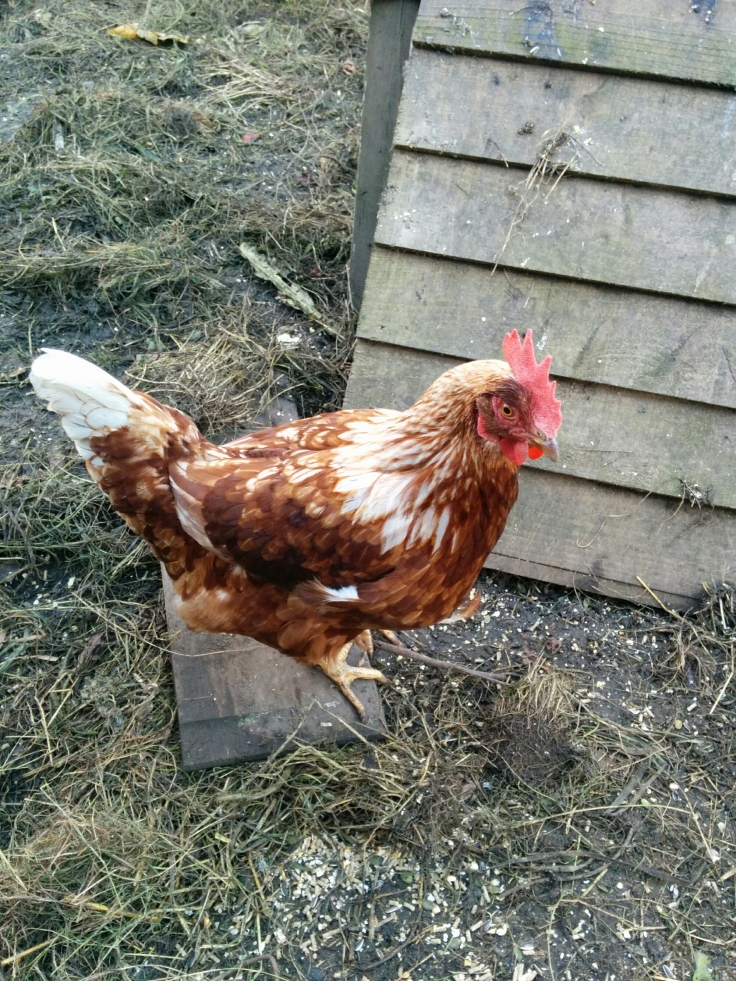 Apparently not. I messaged Cliff, a fellow chicken enthusiast, who told us that Phil (Cliff’s brother) had been chasing an escaped chicken and met someone who was wanting to regime three chickens, and would have know of anyone who would take them? Ever generous, Phil took them and put them in our coop. 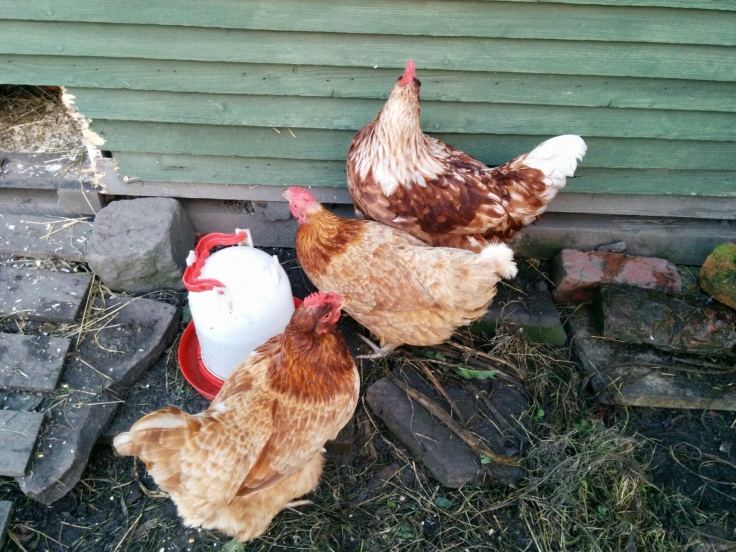 Thus, I must introduce and welcome Annie, Evie and Betty to our happy chicken family. The others (Lottie, Masie, Doris, Maggie and Peggie) are not too keen on the new arrivals and there is a lot of fighting to establish the new pecking order. Currently, the new arrivals are keeping their distance and staying as a group, a good idea considering what happens if one ventures towards the others alone. It will take a few days, but they should all settle down and stop arguing. Well, hopefully!

So it appears we now have 8 chickens, and the potential of having  up to 56 eggs a week…