Determined to make progress at the allotment today, I arrived early. I fed the chickens, much to their delight, and the ever greedy quail. 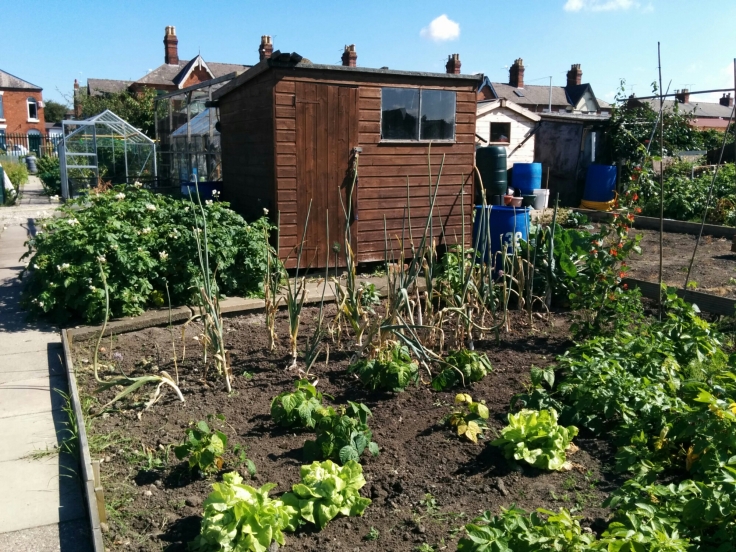 It turns out the rat problem continueth – I spotted two large ones in the coop this morning and Cliff spied another couple yesterday. Always reliable Geoff and Cliff moved the quail pen in order to get a the rat hole hidden beneath it. They put in special poison pellets, pushed far out of reach of an inquisitive chicken before replacing the quail coop over the top. 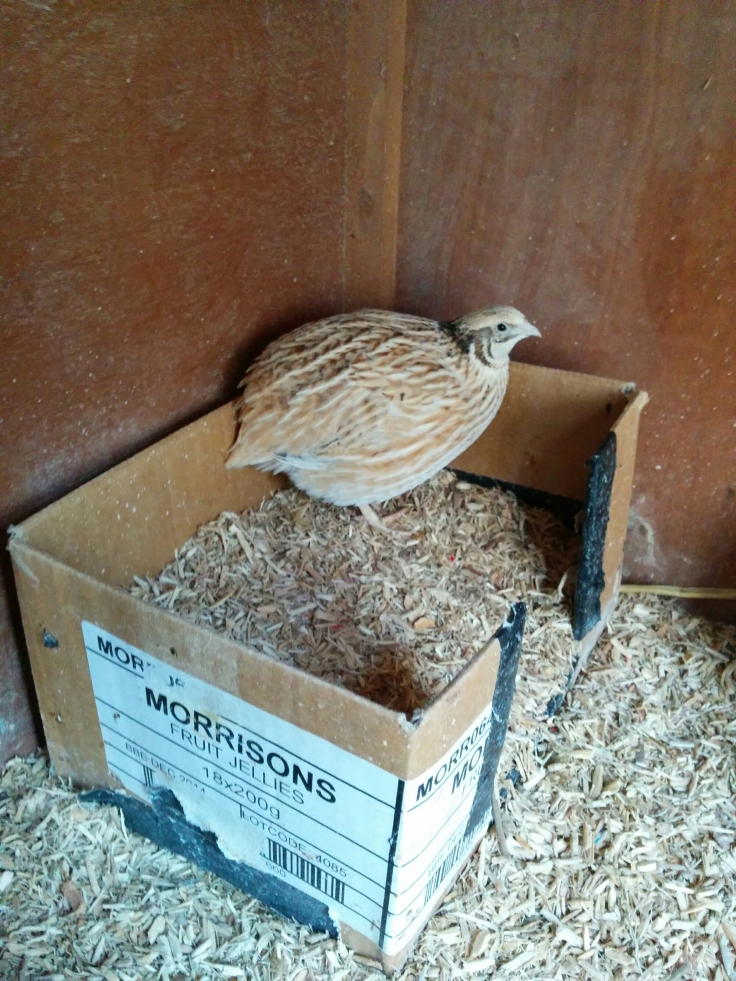 It looks like I will need to rapidly get hold of a shed or repair the one going spare on site ready for the coop extension. Having spoken to Chris and planning permission granted, I suspect Cliff and Geoff will be hard at work while we are away! 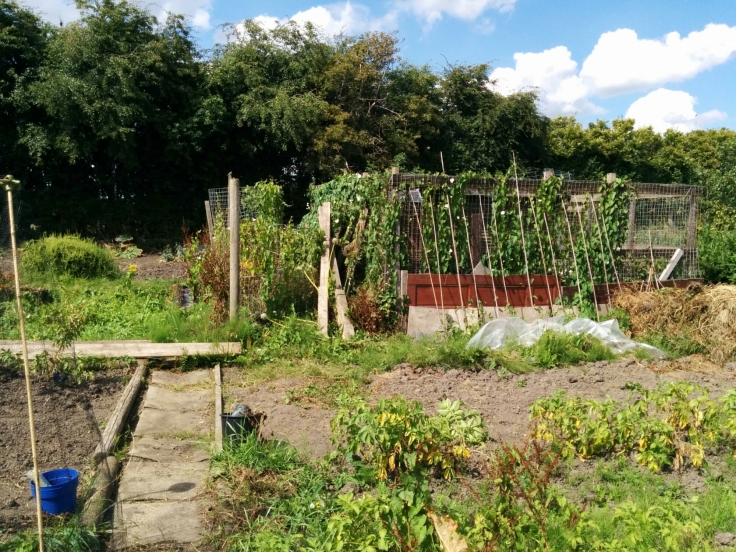 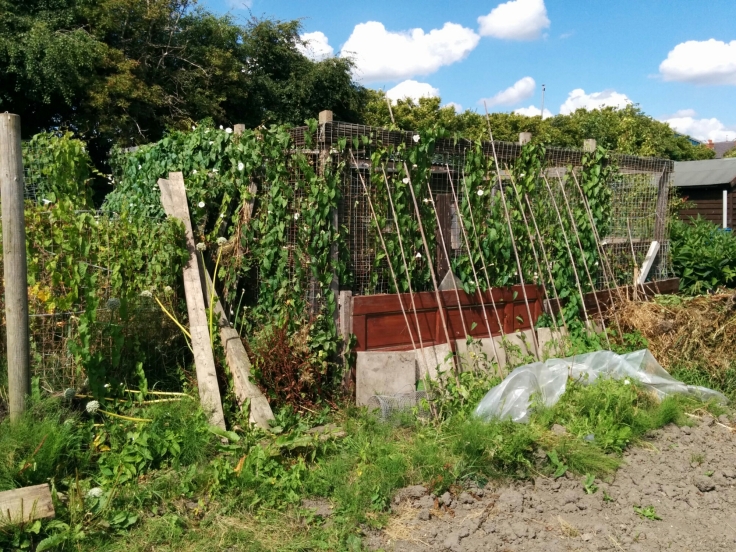 There are also plans for a whip around to get money for a new supply of rat poison to be shared among the chicken keepers to ensure pest free coops.  Cliff as ever vigilant for rats on site, has our rat problem within his sights. 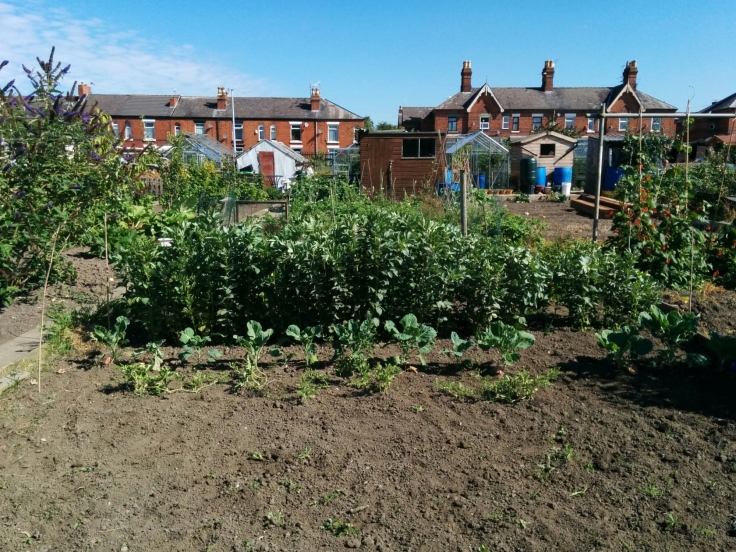 In the meantime, Geoff has measured up the quail coop for its extension. He has suggested placing the extension on the back of the hutch so that there is still full access to the hutch for cleaning and to collect eggs. 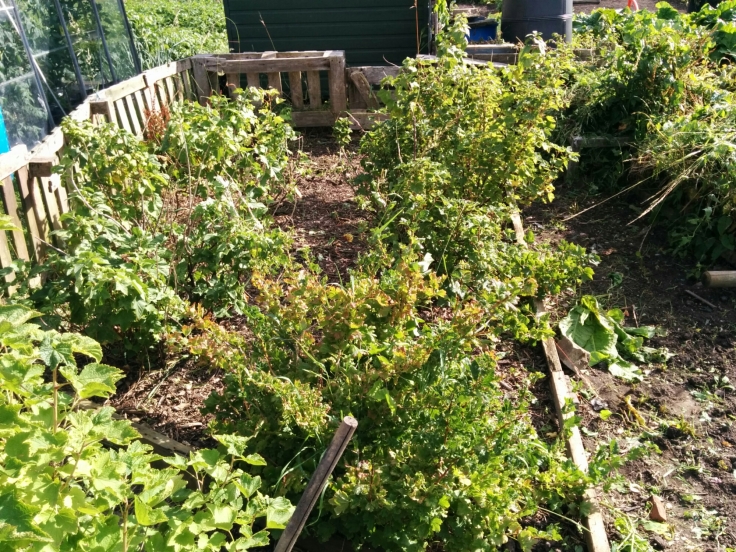 With the addition of the dust bath, the quails seem happier and look healthier. I have also taken to giving them fresh lettuce leaves which are received with delight after they have assured themselves that it isn’t anything dodgy.

Our chicks appear to be doing well despite being rather camera shy. They appear to be lively and healthy but are quite a bit smaller than Cliff’s new chicks that are only a few days older than ours. 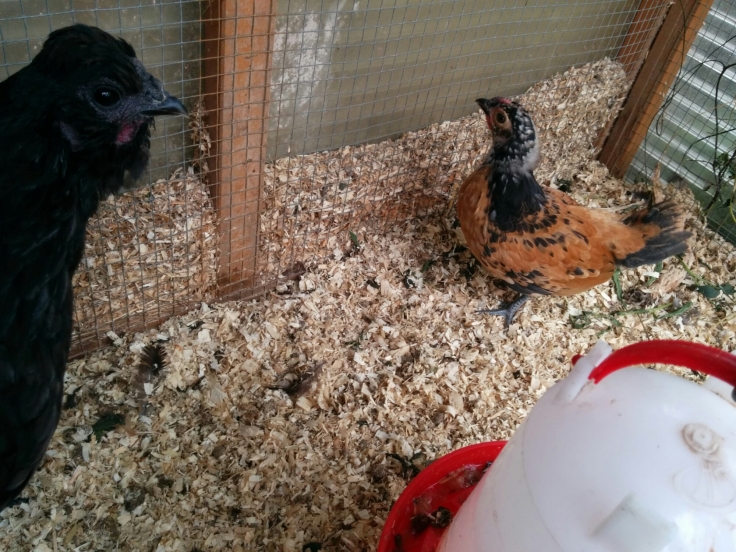 Before I left, I planted two blueberry bushes, a rosemary bush and a lavender plant (the latter two rather the worse for wear after being forgotten in the greenhouse for a couple of weeks…). I left space for our two lingonberry bushes that will be arriving in December with the rest of our plant order. 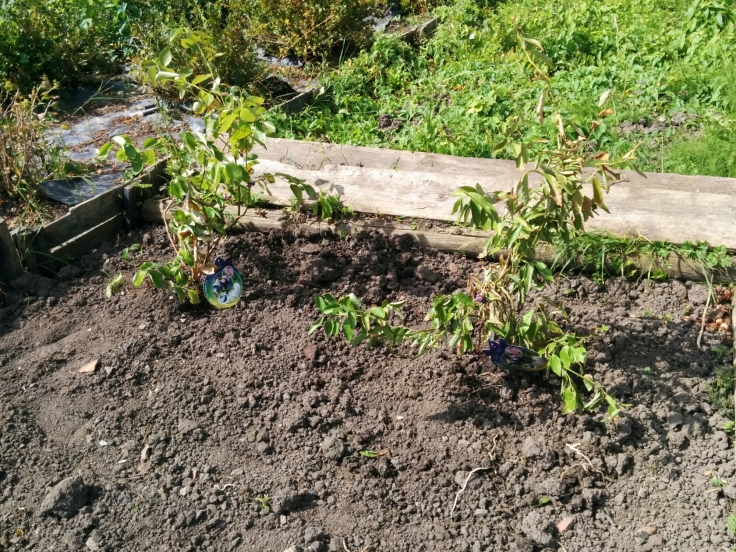 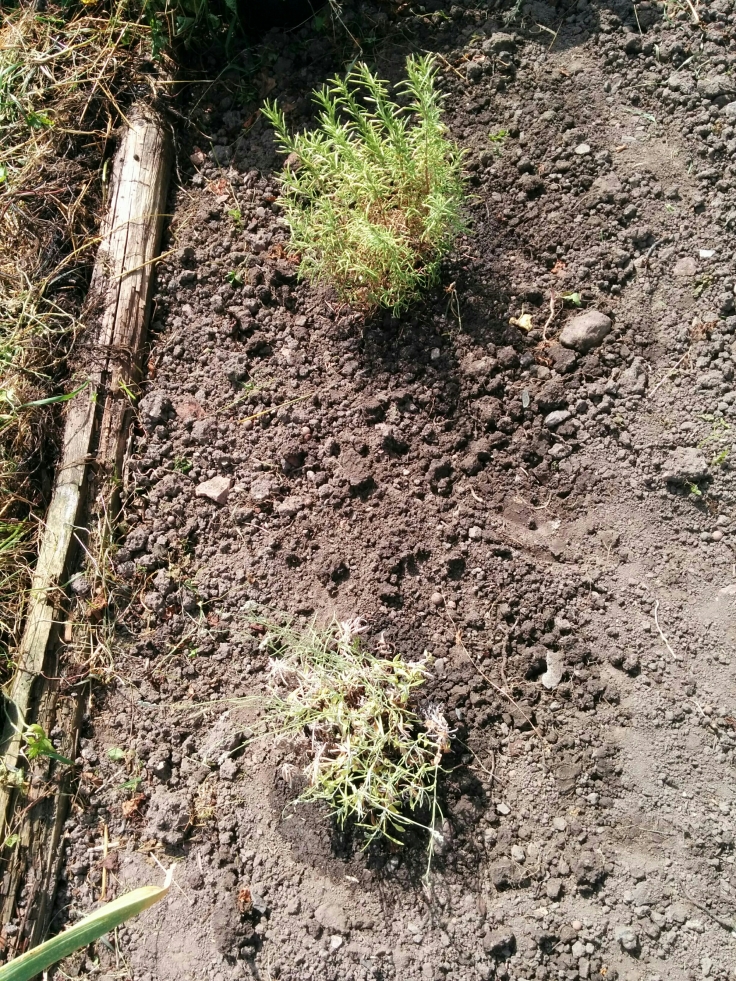