Today was the first check of the new Bee hives on site. I have decided to do separate posts for the bees as this is different from my usual posts about chickens and the unending war on weeds. 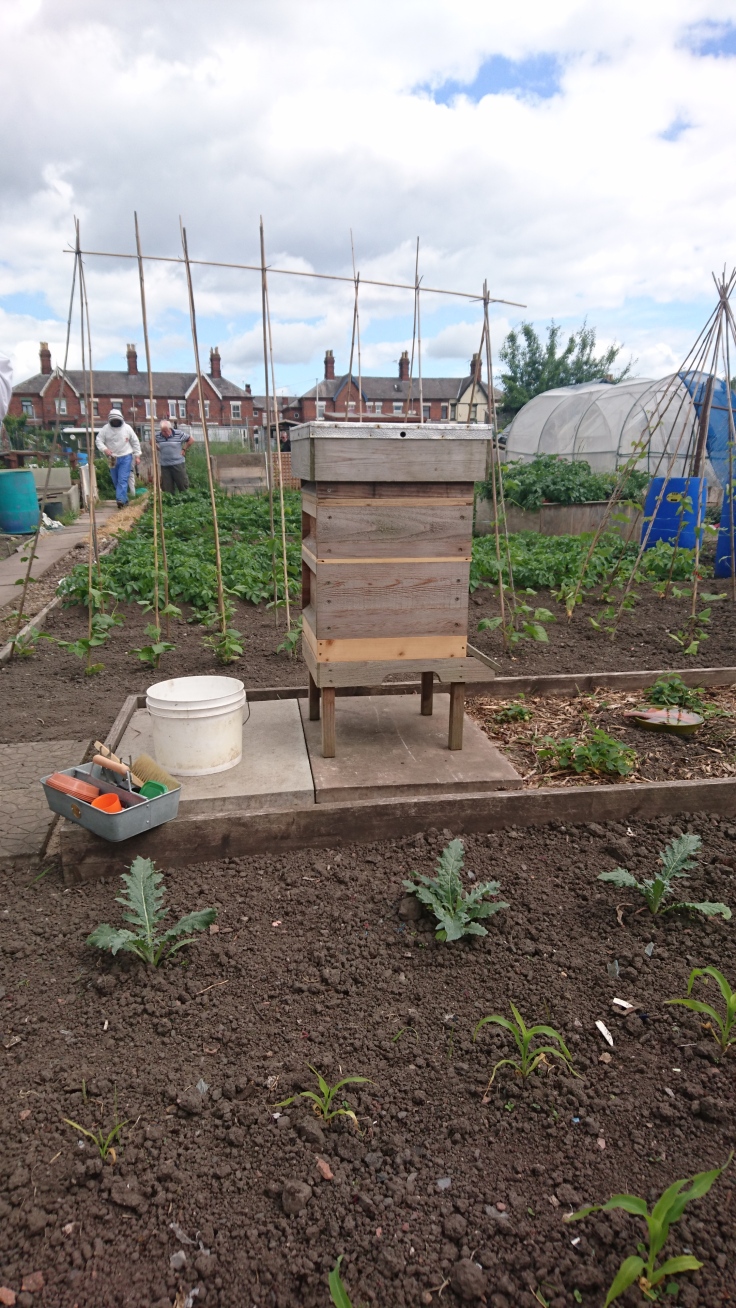 The bees have been on site for a week and appeared be flying in and out of the hive regularly. Apparently this isn’t a good enough check that the hives are working well, each one needs a weekly check (less frequently in the winter due to the cold weather).  Each hive has its own book to record important checks and to provide prompts for the owner. Checks include finding the Queen, noting eggs, different types of bees and how the frames are being filled. 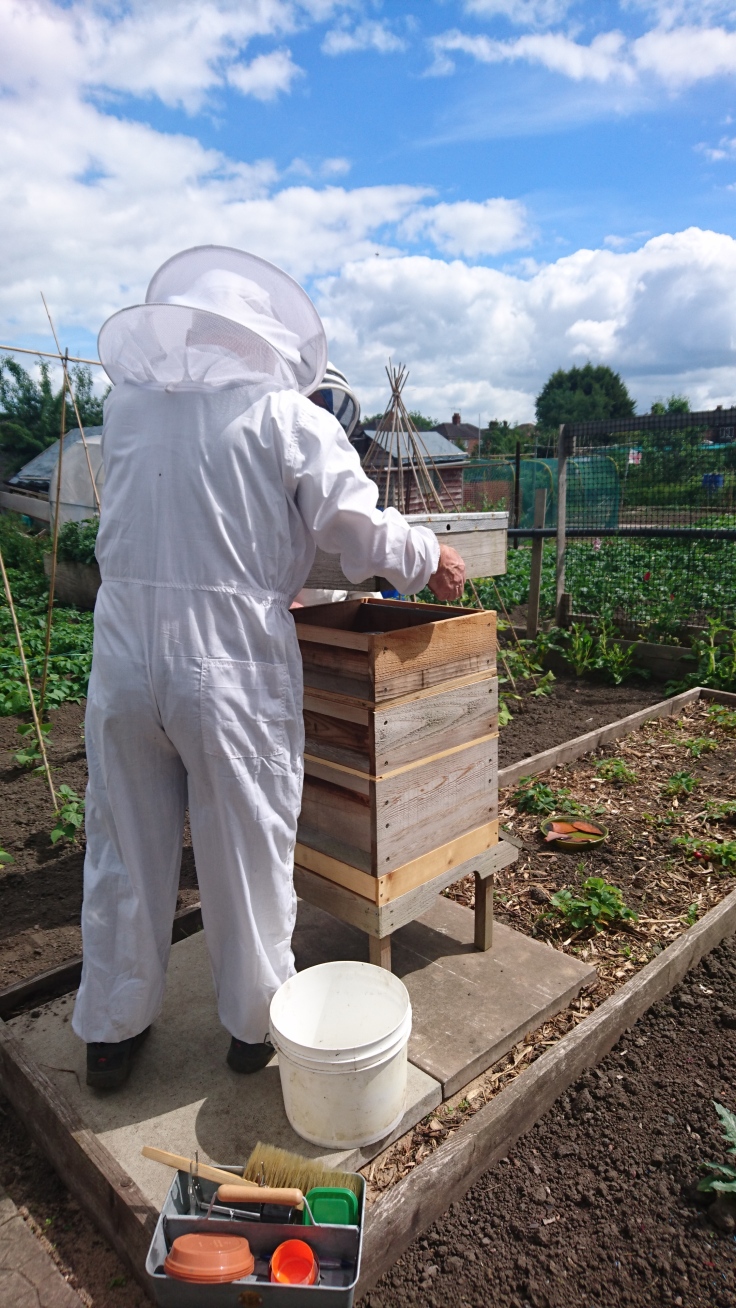 Steve and Phil checked the hives together with me as secretary, recording the information they gave me about the colony. The top of the hive is removed and the feeder section which holds sugar water is also taken off. The feeder section allows the bees to feed without leaving the hive and is especially important in winter. 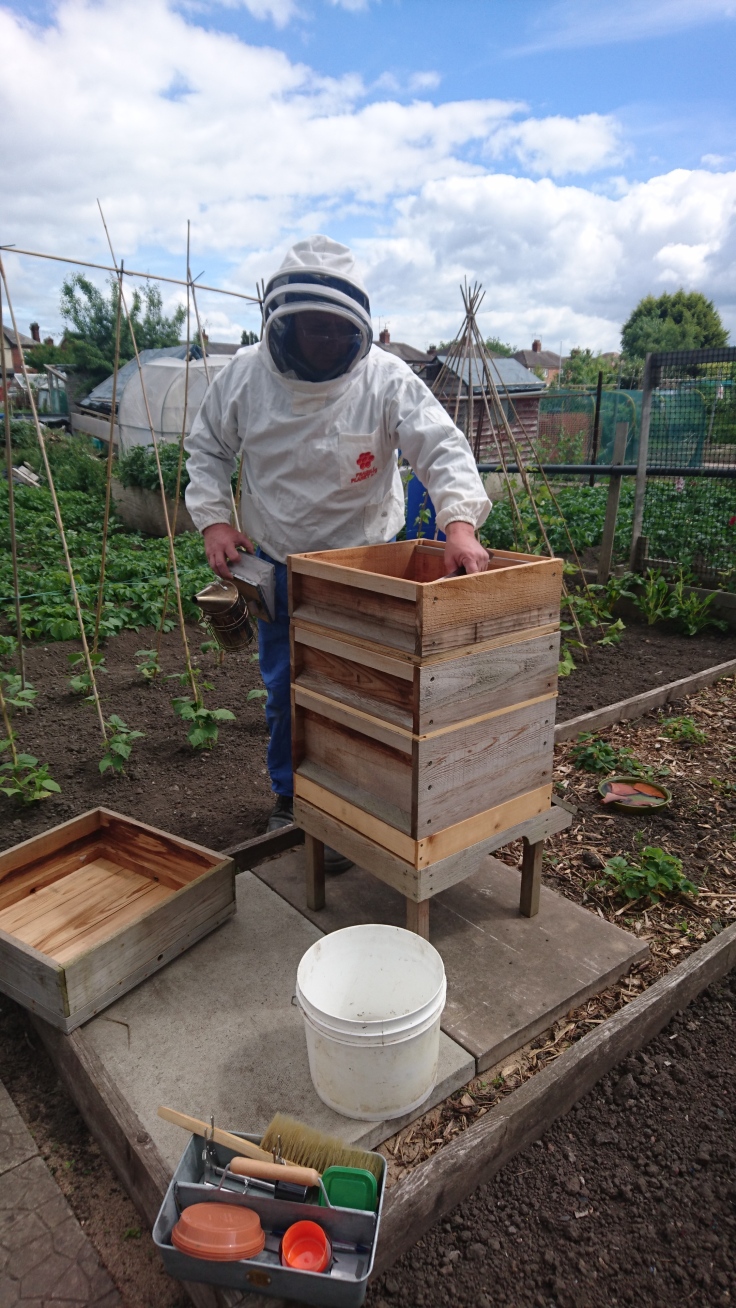 The next level within the hive is a small but important layer called the Queen excluder. Far from being an excusable source of bullying in the hive, this grill stops the Queen leaving the top of the hive. The gaps in the grill are big enough for all the other bees to go through to collect pollen from outside the hive. 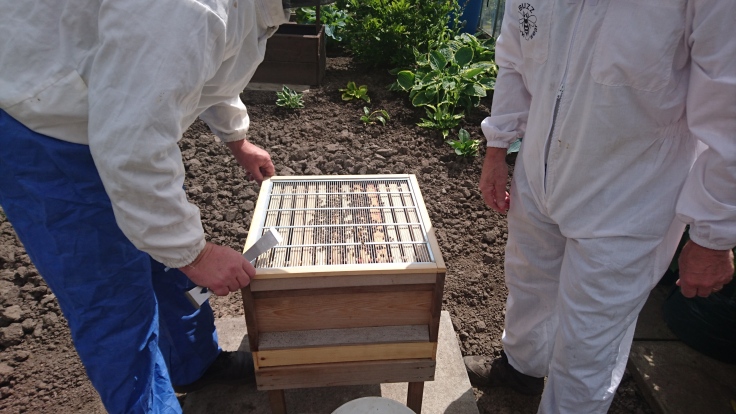 To keep the bees calm and the owners free from Bee stings, a smoker is used. This contraption burns bits of bark and small fragments of wood, releasing a column of smoke. For larger wafts of smoke there is a square bellow at the back. 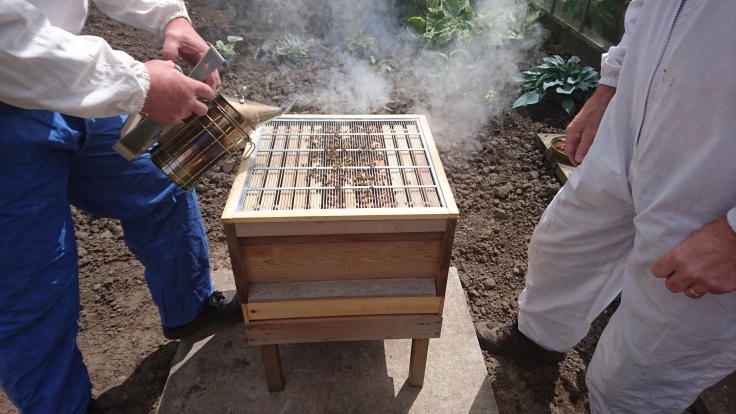 After the Queen excluder is removed, the business part of the hive is reached. This box is where the frames of honey are kept and worked on by the worker bees. Each frame is put an even distance apart to allow the bees to work on both sides of the frame. However, due to the industrious nature of the colony, often the frames can stick together and the comb can even be built above and below the frame. The comb can be scraped off and frames freed by a small chisel 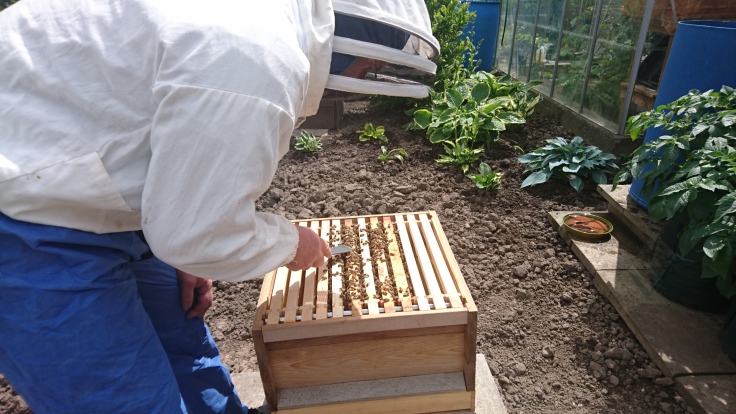 The frame vary in amount of bees and comb/honey depending on how far the bees have got. The frames can either be filled with a wax layer to help the bees build their honey supplies quicker or left free so the bees can build their own scaffold. 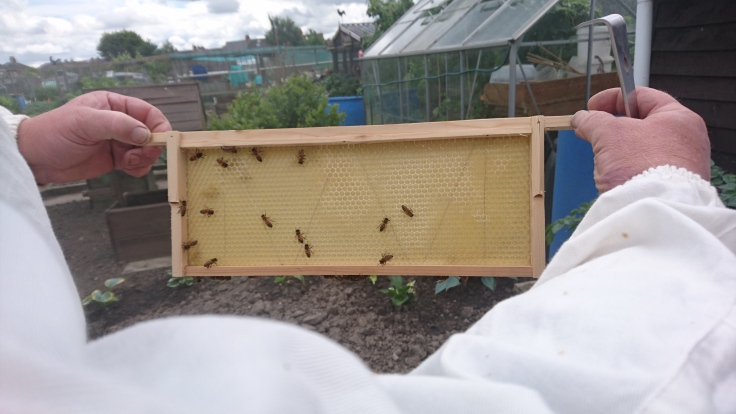 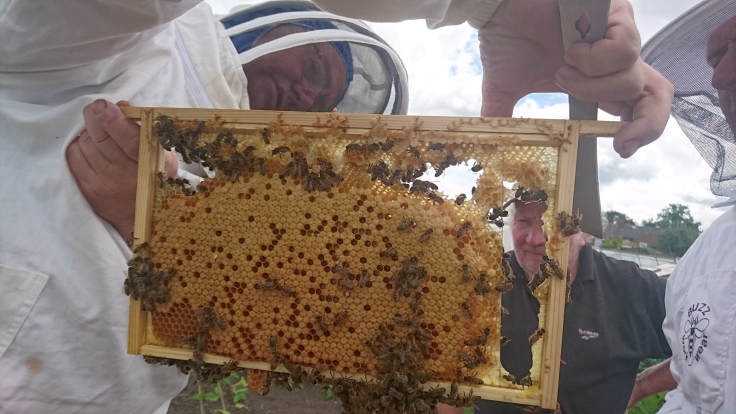 In each hive, Steve and Phil managed to find the Queen, a relief as they were worried the larger colony might not have the Queen in. Bonus points if you can spot the Queen (hint she is in the right side of the frame). 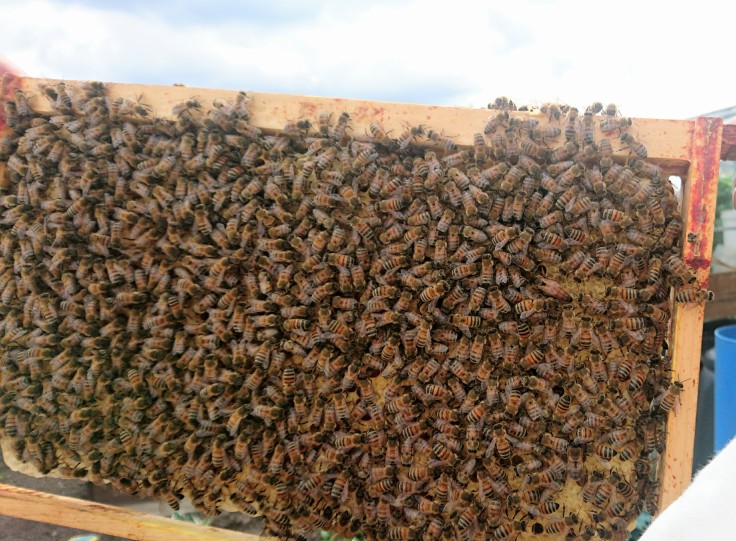 Both sides of each frame were checked for evidence of eggs, larvae and different types of bee. 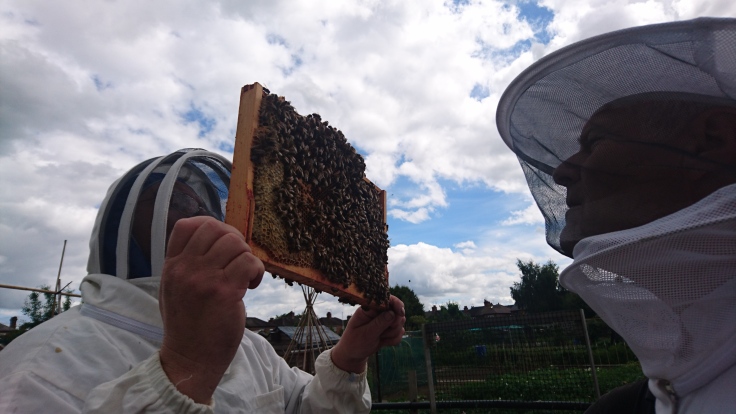 That’s all until next week!