Today I walked down to the allotment determined to make serious inroads into the mass of weeds in the middle of the plot. The sun was out and it was one of those beautiful autumn days where the sun is low in the sky but still has enough heat in it for it to be warm enough not to wear a coat.

I pottered down to feed the chickens who greeted me with the usual chorus of disapprobation at my tardiness. Both our cream legbars, Polly and Dolly, and one of our Vowerks, Holly, are moulting. The difference between these girls and Evie, is that they are losing feathers consistently rather than all at once and in one go. Evie, take note for next year!

After the girls were sorted, I hoed the top section of the plot and made a start on the overgrown bottom section. The weeds did come out eventually but the rain we had yesterday means the roots come out with a ton of soil attached. 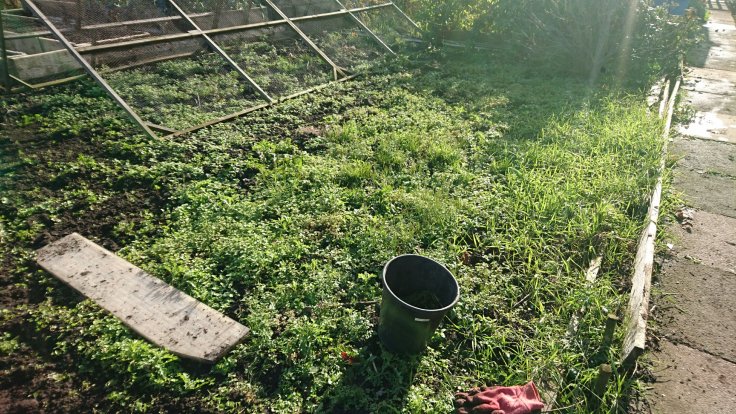 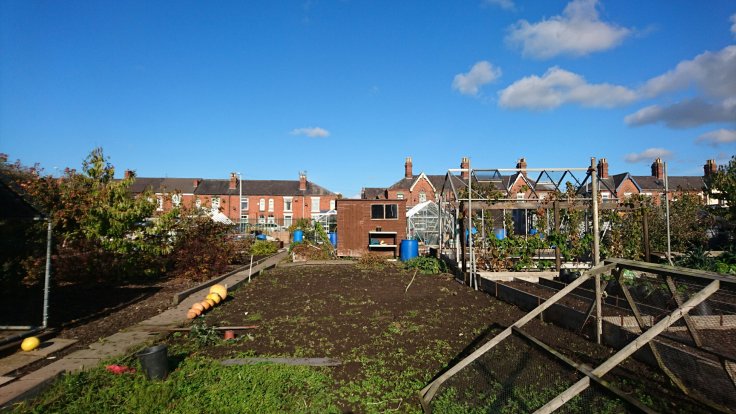 Whilst I was down there, I picked our remaining pumpkins. Our biggest one was taken into work as part of the Harvest celebrations. Now to work out what to do with all of these! I have had a chat with the Headteacher at work who is a keen cook who has given me an excellent recipe for pumpkin soup and for cooking pumpkin seeds.

Tomorrow is bonfire night at the allotment (despite the dire weather forecast), Steve and the others have been busy collecting wood and branches for the bonfire. It will be held on a spare plot at the front of the site. Steve has got plans for food and hopefully the neighbours surrounding the site will oblige with some fireworks! 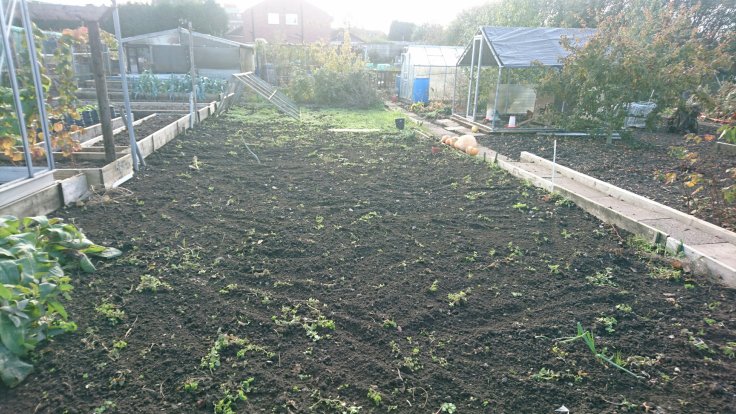