This afternoon I ambled down late after a lie in. The chickens seemed pleased to see me although they weren’t impressed at the lack of sunflower seeds. Upon opening the nest box, I discovered 6 eggs! 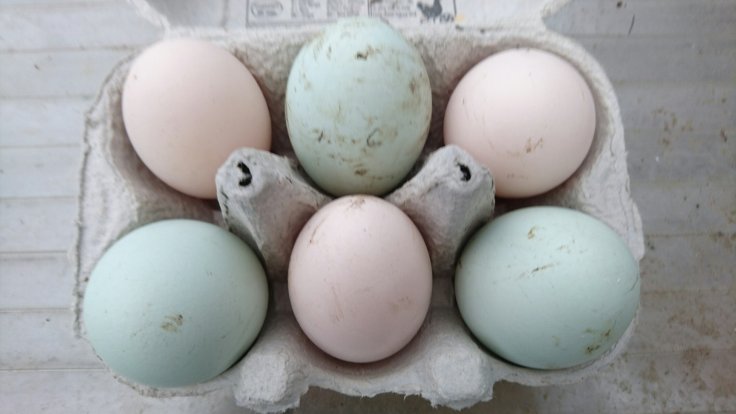 Once I had sorted the chickens, the serious work began. I went over two thirds of the plot with a hoe, in a desperate attempt to disturb the weeds before they fully take over. Arms aching, I stopped for a drink break and restorative chocolate bar before digging over part of the bottom of the plot. Thus section has got a bit out of control as the greenhouse shield is covering the ground. It’s very heavy and difficult to move so I have pretty much abandoned this section of the plot. 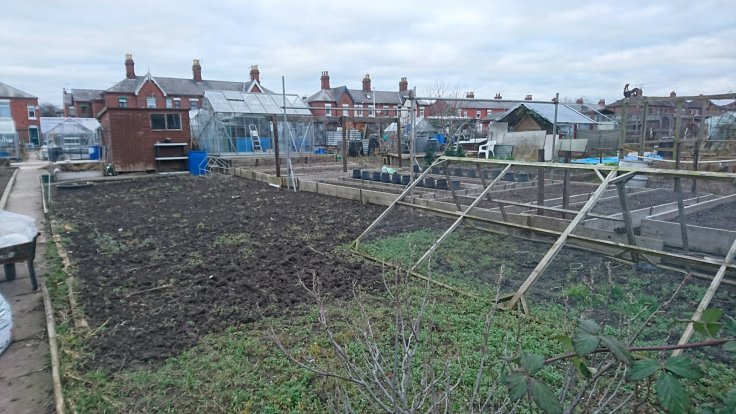 During my next break, I wandered back down to the chickens and spotted the olive tree pot. I had put this aside to use for planting and decided today was the day to use it. I rolled it up the length of the plot and found the spade in a forgotten corner of the shed. I spent some time trying to decide where to put the pot. In the end, I chose the corner adjacent to the shed. It’s one of the spots on our plot which, unless you plan on growing rice, isn’t good for growing much. I dug a huge whole and wriggled the pot into place. Then I filled the pot with the soil I had dug out. I think it looks rather good!

Next problem was what to plant in it. I was torn between herbs and flowers. I have wanted a mini herb garden on our plot for years but I had recently bought lots of beautiful bee-friendly flowers. I got both sets of seeds out of the shed to try and help me decide. As I brought out the flowers, I discovered that several of them were already sprouting and growing. That made the decision for me. The herb packets are just seeds and can be grown when I eventually get around to planting them. But the bulbs were, or seemed to be, ready to plant. 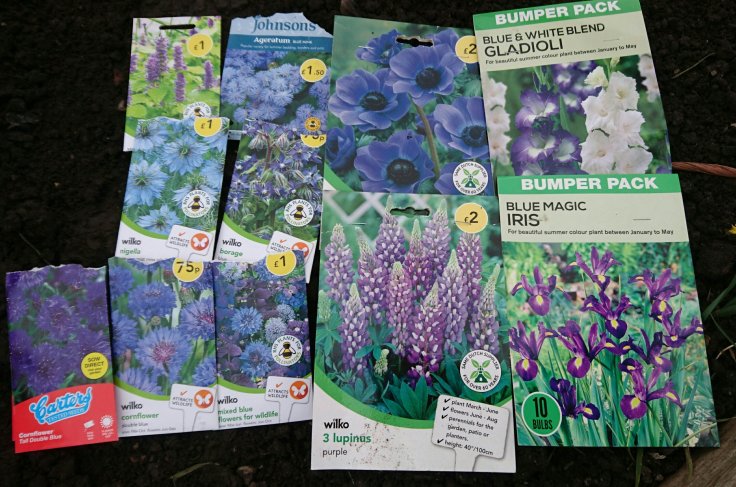 I planted the bulbs in the pot before mixing together the wildflower and cornflower seeds. I used an egg cup from the clubhouse to mix them in before scattering the seed mix around the base of the pot. If all goes well we will have beautiful flowers in and around the pot. These will join the daffodils, crocuses and tulips that grow around the edge of the plot by the shed. 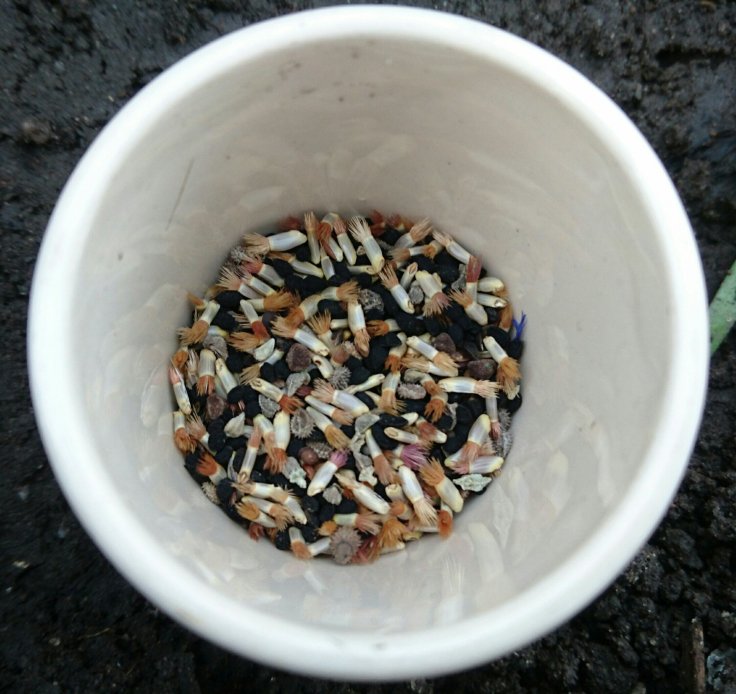 As I was planning the flowers, Phil appeared and kindly lent me his mini rotavator/hoe contraption which makes mince meat of hoeing huge areas. I re-did the top of the plot just to play with Phil’s hoe and I have informed my long-suffering husband that we have to buy one asap! 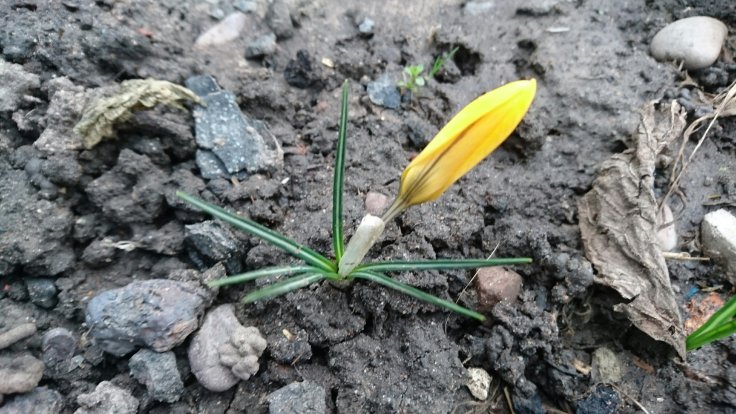 As I was packing up, it occured to me I had forgotten to water the gooseberry and blueberry bushes in the shed. I was delighted to find the blueberry is flourishing despite my neglect. I also realised I had forgotten to lay out the seed potatoes in order for them to sprout. I used some growing trays and set them all out. We went for a traditional British theme this year for our potatoes, rather appropriate considering the upcoming political event…

As I did a final ambled down the plot, I spotted the rhubarb is making a come back as well as our small black currant bush being in bud. Spring is definitely on its way! 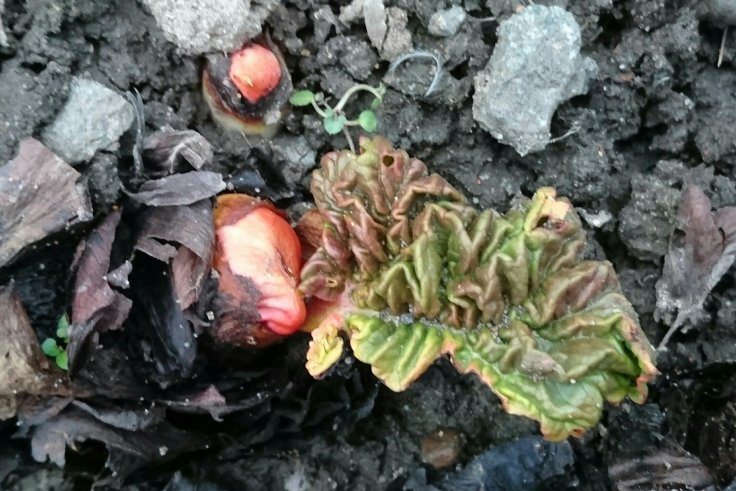 Plan for tomorrow is to dig over the next small section of the plot and eradicate the weeds before moving the greenhouse shield and clearing the other side.

2 thoughts on “Digging and planting”