Late this morning I ambled down to the allotment, hoping that the looming grey clouds wouldn’t stop me from the jobs I needed to do. The odd shower I could manage but full on rain as we have been having the last couple of weeks would spell the end of any work today.

Upon arrival, several people were down including Cliff and Rachel. I said hello and dashed off to sort out the shed. Despite the truly dreadful weather we have had since we did the shed roof, the shed is watertight and dry. I decided first to put back down the carpet tiles and mats before wrestling with the bunting. My rather pathetic attempt to make bunting failed when the triangles kept falling off. Before I arrived on site this morning, I had got my sewing machine out and made a better job of attaching the fabric to the tape. After several attempts to get the bunting up, I gave up and went to feed the chickens.

All were present and correct, happy to scoff whatever food I put out. Today they had their usual sunflower seeds, oats and slice of wholemeal bread. Yesterday we tried them on cous cous which went down a treat. I collected the half dozen eggs in a small wooden trug (another of Will’s Wooden Wonders) as I had run out of egg boxes. 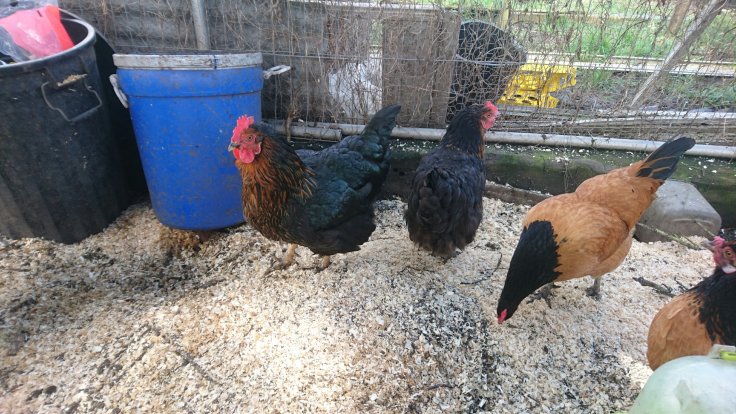 As the rain hadn’t put in an appearance yet, it was time to clean out the coop. This is a long job and one I dislike as it takes a couple hours hard to work to ensure everything is thoroughly clean. It’s very difficult to clean the coop in winter due to the site’s water supply being off and the difficulties drying boards in the rain. On the plus side, my new bucket made the job easier. I removed everything from the nest box including both perches, bottom boards and saw dust. Previously o have struggled fully brush out the nest box but my new soft brush made a real difference. My efforts were almost constantly inspected by a judgy Evie and Fizz. 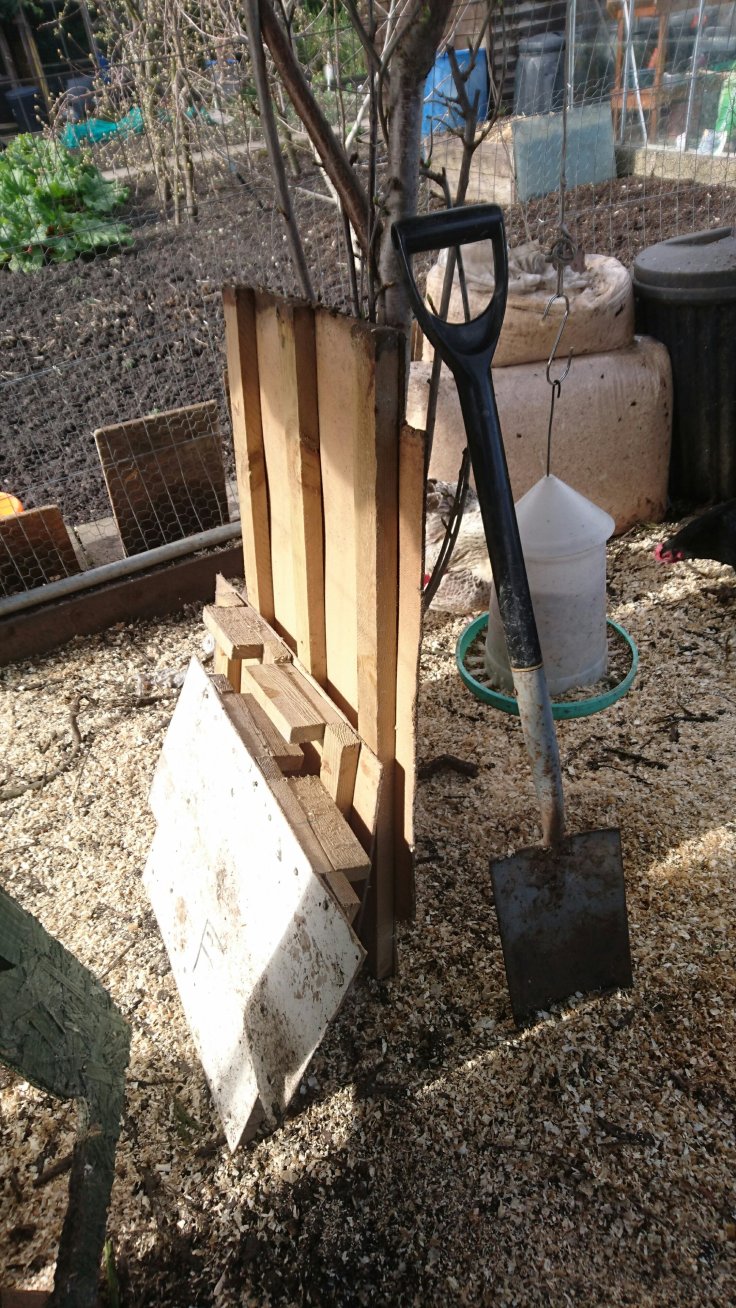 As I removed the bottom boards, I found a bundle of feathers. This usually is because an industrious mouse has used moulted chicken feathers to create a warm nest. It’s a tiny piece of engineering but it is beautiful.

I washed all the boards in the bucket with a mix of diluted antimite fluid and water. These I left to dry outside the coop whilst I washed out the inside of the nest box with the dilute antimite fluid. It takes a while to dry so I ambled up to the shed again to avoid the oncoming shower. 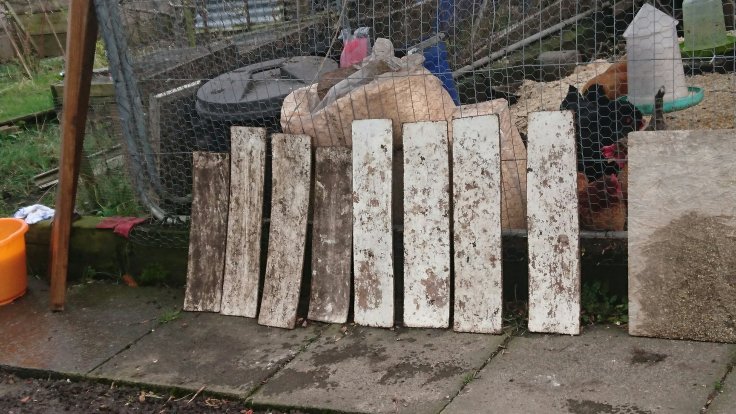 Once the shower finished and the sun came back out, I decided it was time to try to paint the bench. I got out the gorgeous green paint that we upcycled the shed furniture with, and began to paint the bench. With the sun out between the clouds, the paint dried quite quickly. I still have several bits to do but it looks so much better now. 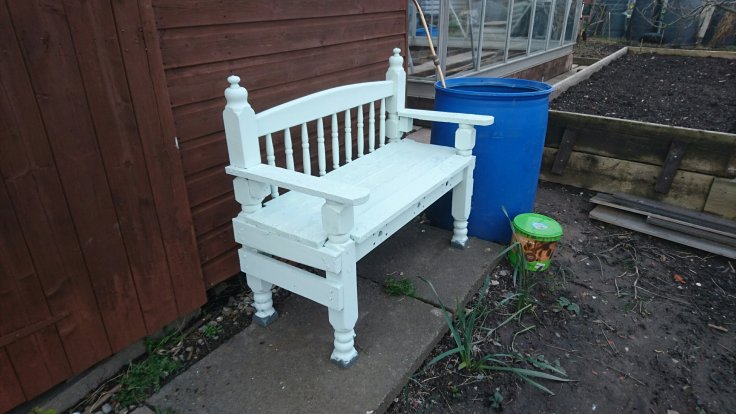 In the shed, I successfully managed to put up the bunting with an additional couple of screws. I also remembered to water the plant collection in the shed (especially important now the plants don’t get watered through the shed roof anymore!). In my earlier sorting of the shed, I had a sudden idea. The nest box has been leaking in the unrelenting rain and even the canvass cover doesn’t seem to be working as well as it has been. We have shed felt left over and I decided to use this to try to stop the leaks in the coop. 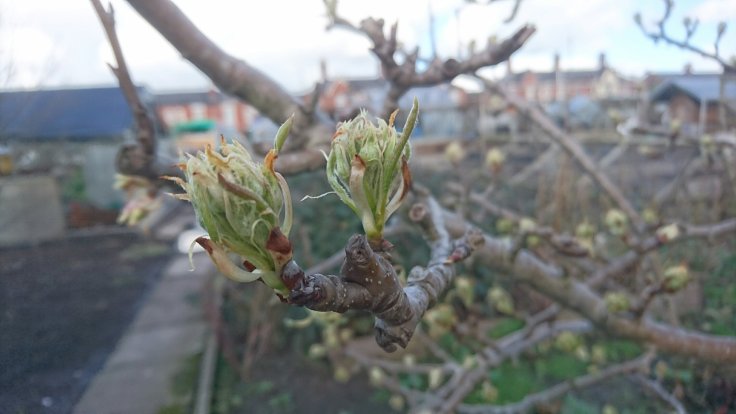 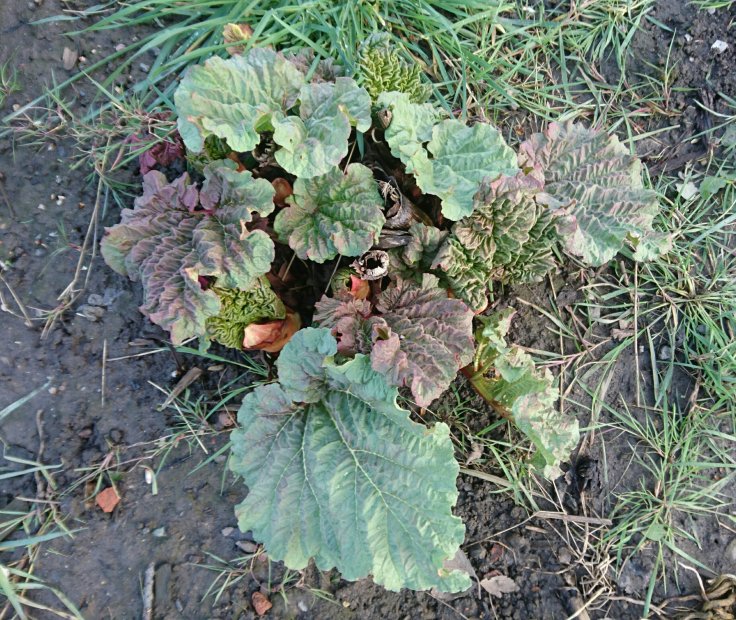 Armed with only a Stanley knife, tacks, a hammer, the felt and a childlike sense of wonder I set off to sort out the coop. I decided the top of the nest box needed two smaller strips and a larger patch on top. Then I used the longer offcut from the shed to cover the side of the smaller nesting box. Fortunately, it was long enough to cover the back and lid. It’s not the neatest job but it will hopefully do until the worst of the rainy weather is over. As a finishing touch, I put the canvass cover over it all. Here’s hoping it works! 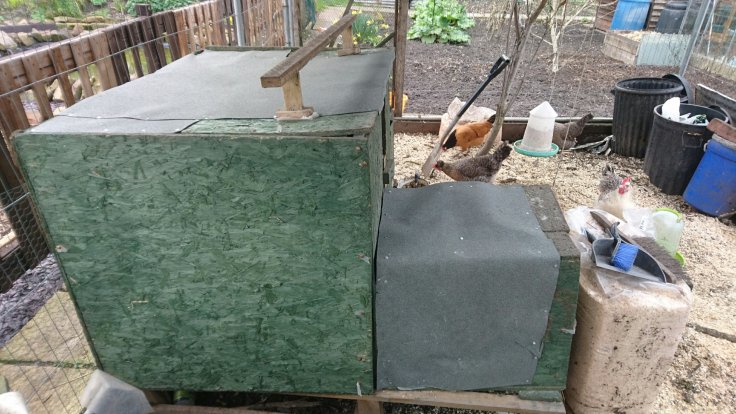 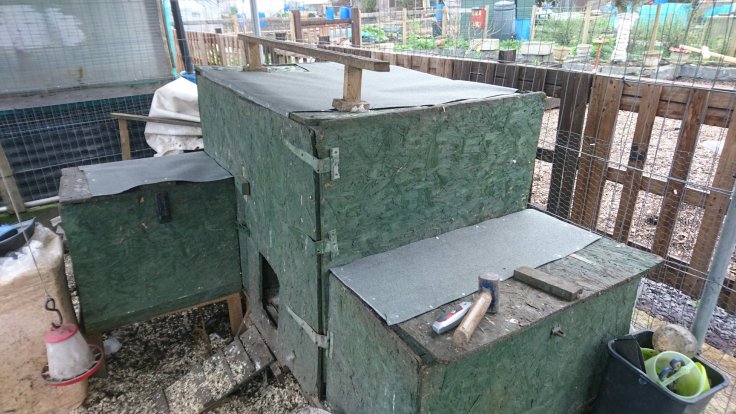 I felt on a roll after the nest box repairs so I continued on the repairs in the coop. The perches in the far corner have been in a state of disrepair for several months. I dashed up to the shed to pick up a screwdriver and screws determined to fix them. Brushing away several over inquisitive chickens, I managed to screw all the supports and uprights back together. As I was admiring my hard work, I remembered that I had kept a thick branch of the apple tree that Mick the Greek helped me prune several months ago. I decided to add it to the perches. I am not sure whether the chickens like it but we will see!

Still to do, once the swamp has evetually drained, is dig over and weed the plot as well as doing another coat of paint on the bench. Weather permitting of course!