This morning, armed with cleaning supplies, I lugged the stove back to the allotment. It had occurred to me that the strong chemicals needed to clean the stove wouldn’t be a good mix with my idiot cats. 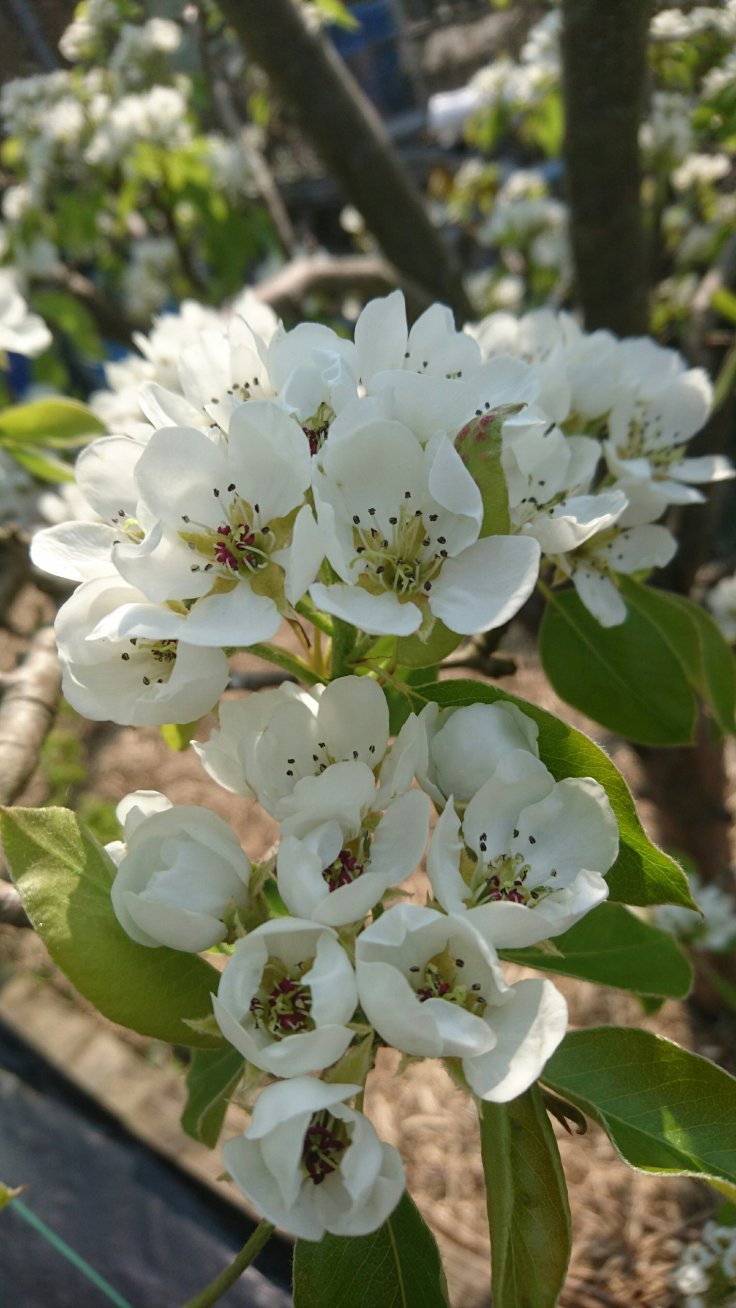 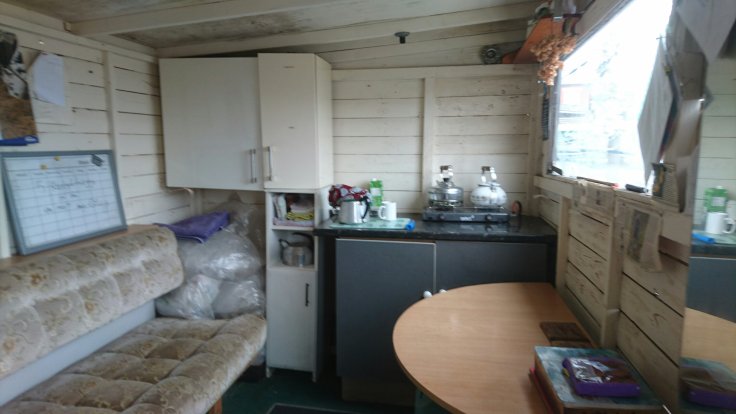 After a relaxed bowl of cereal, I ambled down to feed the chickens. I was wondering whether Emily or Polly would be sulking in the nest box. As it turned out, it was Emily. That bird is terrifying when broody. I tried Geoff’s top tip for removing eggs (reach behind the bird and steal them out from the back) and I narrowly escaped a peck for my insolence. I gave up. 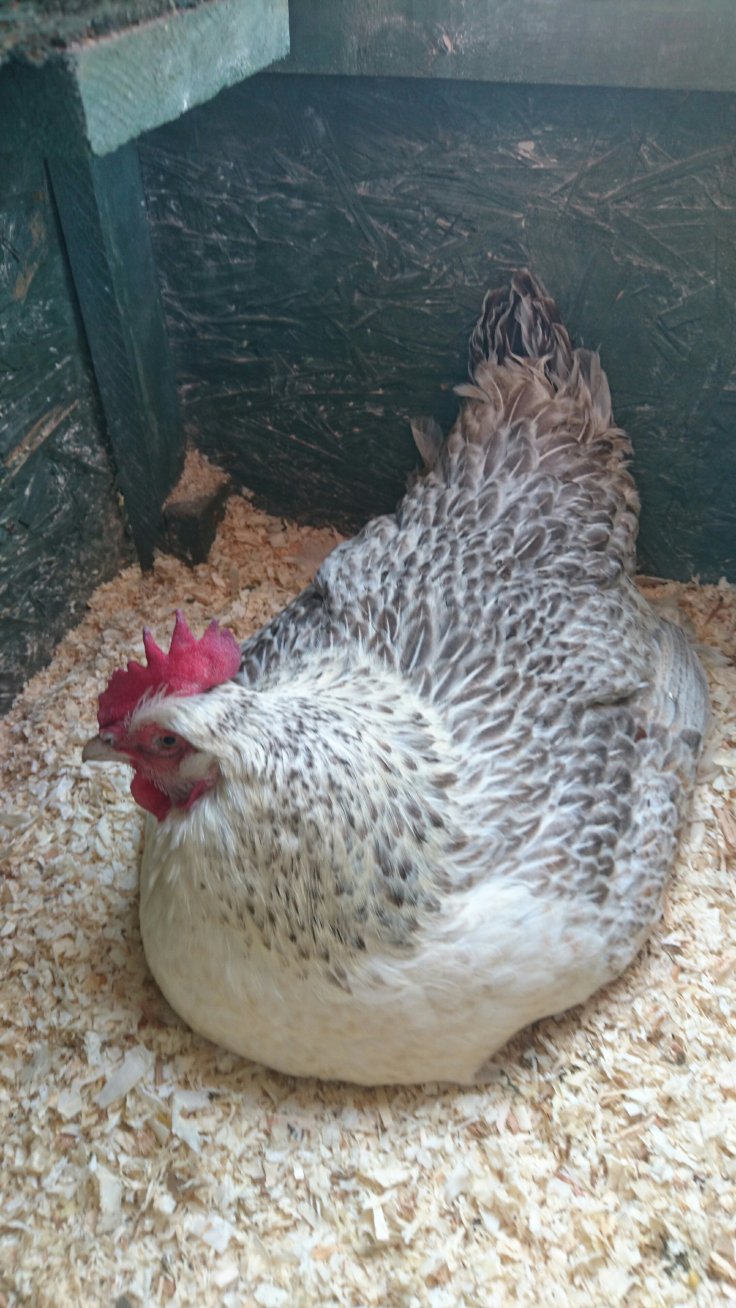 I got out their food and was busy doling it out when who shot out of the nest box? Emily squawked and barged the others out of her way in order to get to the food. Usually this is because the broody chicken only gets off her eggs to scoff food, grab a drink and go to the loo before heading back to the eggs as fast as possible. However, this is Emily, and she does whatever she wants to do. I expected that she would dash back into the box and be furious to find most of the eggs had disappeared. Nope. She went to have a luxurious dust bath in the sunshine.

All animals and humans fed, I now tackled the horrendous job of cleaning the stove. The chemicals are very strong and I sat on the path away from people, animals and plants whilst I drowned the stove in cleaning fluid. The grill went with some fluid into a special sealed bag to clean itself for a few hours. I left the stove with the cleaning fluid on it for a couple of hours to work it’s magic. 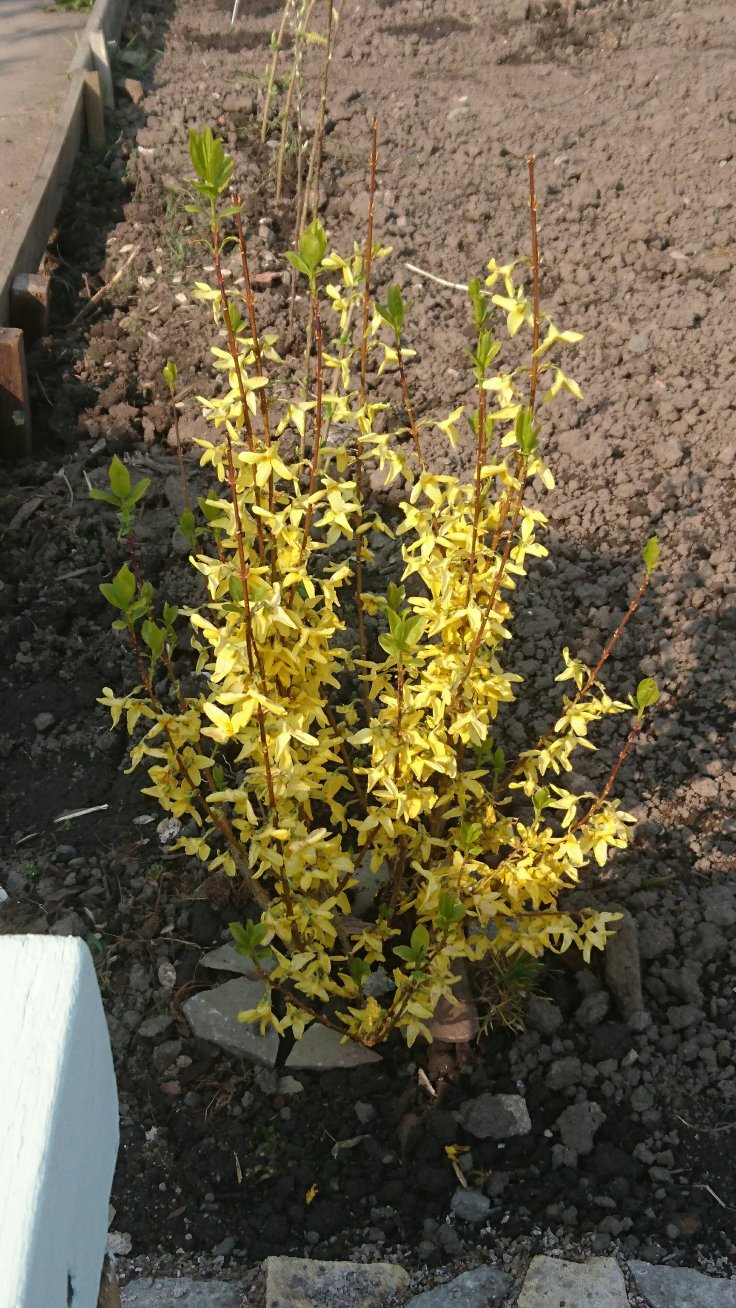 Steve and Will appeared and we all sat down for a cuppa and a chat. Will had kindly brought a small wooden planter for me. It’s stunning and we had a good chat about which herbs would be good to plant in it. I filled it with compost, found some chive seeds and gave it a temporary place with the other herb boxes. Steve then offered me some lettuce plants for our plot. I spent a while trying to decide where to plant them and chose a space next to the onions. I planted halfway across the width of the plot in two rows. Cliff pointed out that I would need to protect the plants from hungry birds looking for an easy meal. Luckily, I had some mini grow tunnels and used these to protect the lettuces. 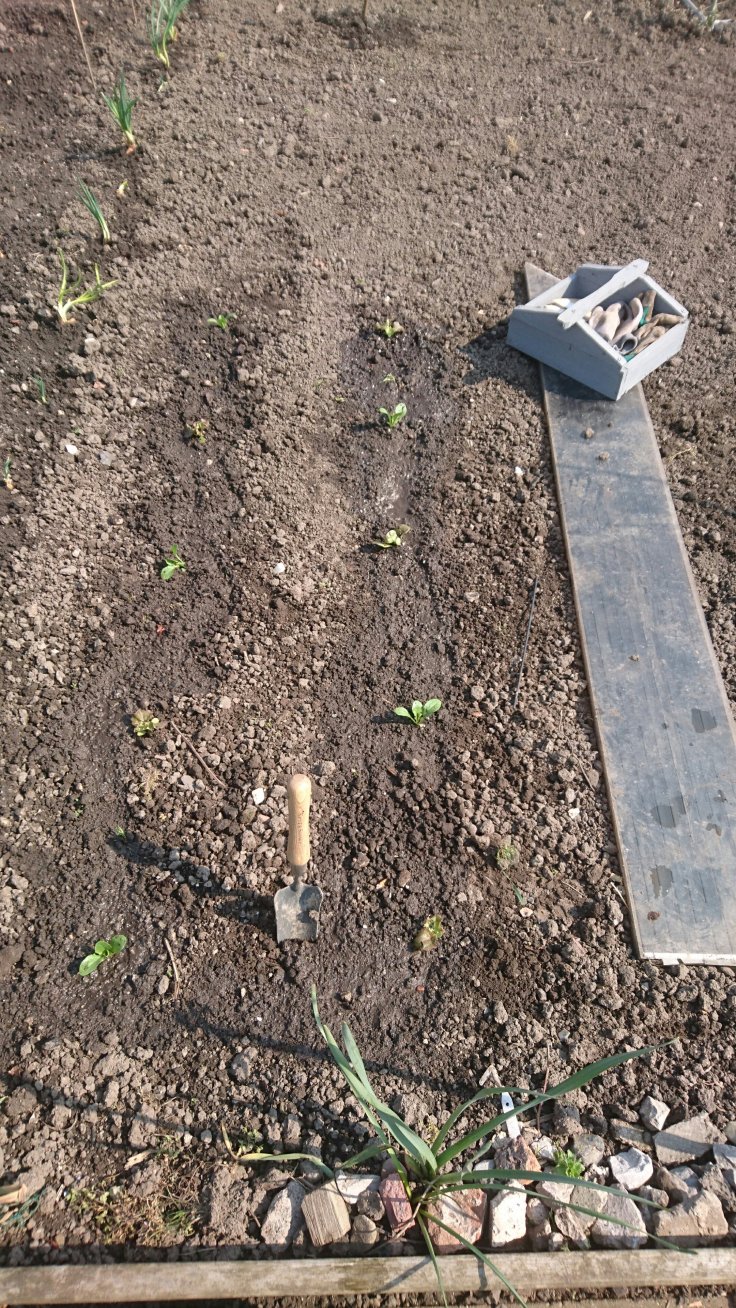 On a roll, I went into the shed and grabbed some of the seed packets – I chose the two varieties of French beans to plant out first. Using the half width of the plot opposite the lettuces, I planted three rows of the purple French beans before swapping over to the other side and planting the usual green French beans. I used compost from our compost pile to plant the seeds straight into the ground before watering them in. For good measure, I also planted a row of cauliflower and a quirky variety of green cauliflower.

Whilst I had been busy planting, Cliff had been busy removing the awkward wooden posts near the edge of the plot. These posts have been in ever since we took the plot over and I have previously tried to remove them without any success. It turns out, they were huge thick wooden panels, more like sleepers than anything else. No wonder me tugging at them failed to remove them! Cliff then appeared as if by magic, with decking boards to finish boxing off the plot. He did a great job and it looks so much better! 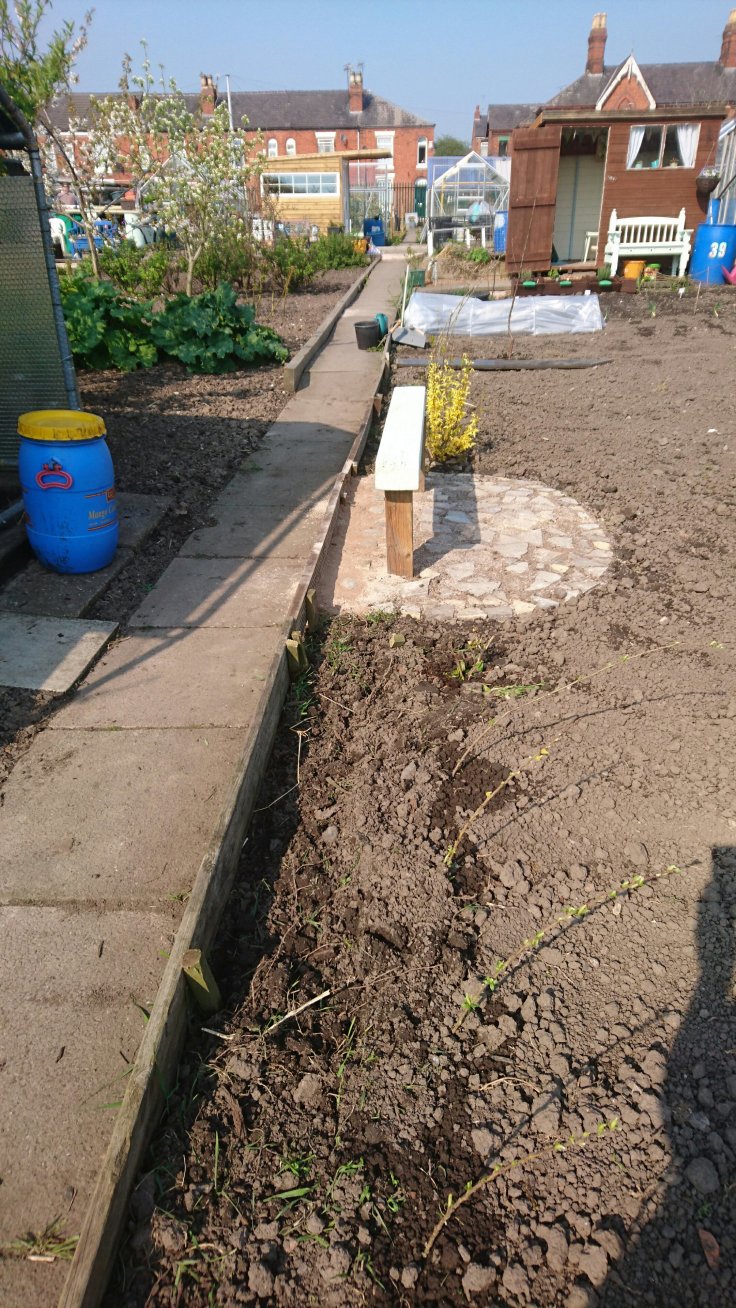 The next job was to tackle the stove. First thing was to put on gloves as this was nasty stuff, get a bucket of water and scourers. It was a messy job and took quite a while, two scourers and a cloth and several buckets of water, but I was quite proud of the final result! 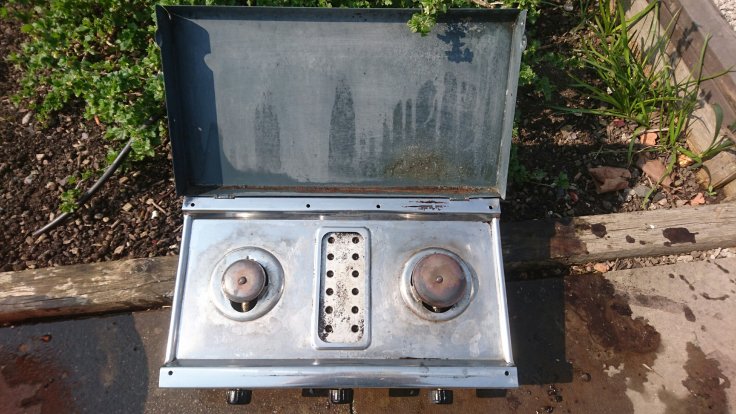 Cliff was still on a mission when I returned to the plot and he had deposited a couple of shovels of coarse sand and some slab fragments to finish off the edge of the paving by the new edging boards. I added the new fragments and levelled off the sand. The extension to the paving means you can comfortably sit either facing our plot or sit and watch Phil’s chickens.

Before I left, I raised off the grill of the stove and put it with the rest of the shiny stove. Definitely a job well done! I checked the hives on the Community garden before I left. Unfortunately, the colony on the left doesn’t seem to have survived the winter. The other colony seems to be a bit ropey too but we won’t know until we check the hives over the weekend. 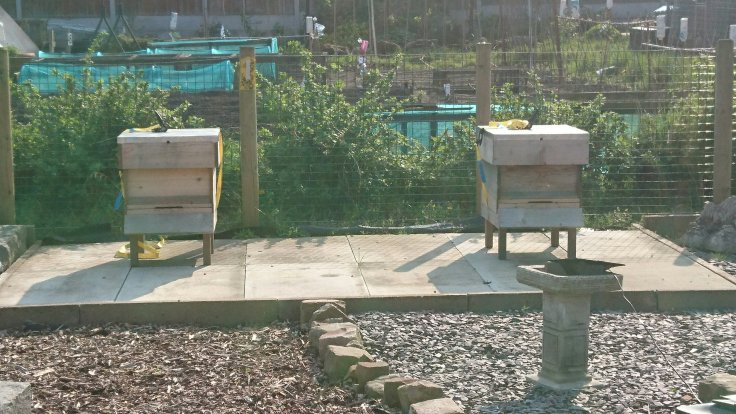 I left site to pop into town to pick up dinner but I confess I got a bit distracted in Wilkinson’s garden section (discounted lavender plant, a honeyberry bush and an obscure berry bush beginning with “a” that I have never heard of and a couple of packets seeds). I dragged myself into ASDA to get dinner but I found an amazing deal on plants in their garden section…. Dejà vu anyone? I left with two stunning dark purple passion flower plants and a garden mint plant. I dropped these off at the allotment as I walked home. I quickly planted the mint in the new planter from Will and watered the others ready to plant tomorrow.