Today I popped down to the allotment later than usual. After the excitement of the last couple of days, I thought it would be a good idea to leave Emily alone for a while without being pestered by an over-enthusiastic owner!

I saw Emily out when I arrived and watched as she kept going in and out of the nest box trying to persuade her chicks to come out. They did eventually albeit reluctantly. She took then back in and I decided to have a look at them in the box. I opened it up to see Emily with two chicks. Not three. Two. Where was the third?!

It turns out the third one had got stuck underneath the ramp and couldn’t work out how to get back up into the box. I tried to help it but I wiggled through a small gap and disappeared under the nest box. Luckily Phil was on hand to help me catch it and I put the tiny ball of fluff back into the box before shutting them all in. I scoured the area for something to block the back area under the ramp and spotted some spare wire. It took several minutes to contort myself so I could fit into the run and fix the wire securely into place. I let opened the door and removed one of the food bowls, receiving a sharp peck from Emily for my trouble. She really is quite aggressive when she wants to be!

As I was finishing sorting out the coop, Katie appeared at the gate to whisk me off to her plot. We spent a few minutes finishing feeding Emily and the others in the main coop. Cliff and Phil dropped by to say hello and we had a detour to Cliff’s chicken coop for eggs and to see his pet chicken walk to heel like a dog. He really does have a way with birds!

We piled a load of tools in the shed and drove to Katie’s allotment. No one was on site when we arrived and we dragged the tools and picnic down as the rain began. It wasn’t looking like we would get much done. But as we made a start, the weather started to clear.

Between Nick and myself, we managed to clear the majority of the beds and find the bed boundaries via lawnmower and luck. Once the outline of the beds were clear it made the sorting out of each bed possible. Katie was busy, eagerly assisted by Lucie, was in charge of replanting raspberries and the occasional onion into some sort of sensible order.

In between weeding and excavating the beds, we enjoyed discussing options for the plot whilst simultaneously scoffing our picnic lunch. The bottom right corner of the plot hasn’t been cultivated and I pondered that this might be due to flooding by the canal. Nick agreed and I suggested some strategic planting to help act as a wind break and flood deterrent. Willow has worked well so far on my plot and it would provide a living wind break as the site is very exposed. 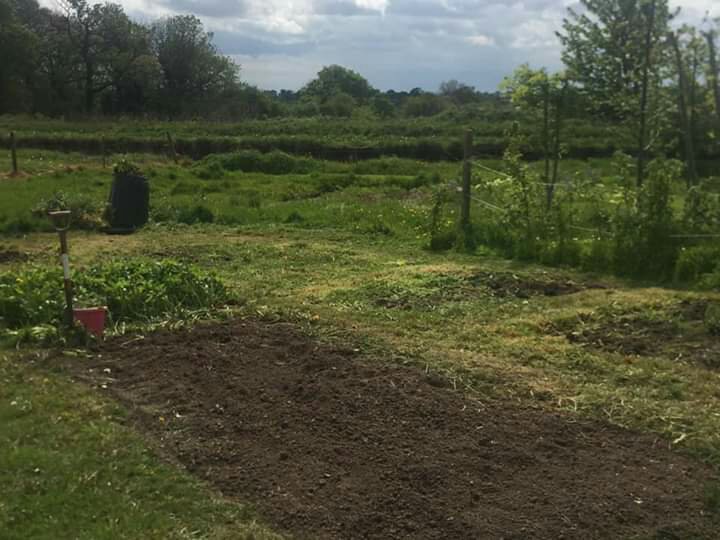 As we worked we waved at passing canal boats which adds a lovely dimension to having a plot on this site. Within 3 hours, the plot was nearly clear and we could see what growing space was available. Katie and Lucie did a cracking job with the raspberry bed and clearing the strawberry bed. It is going to look brilliant once they get a few more plants in. 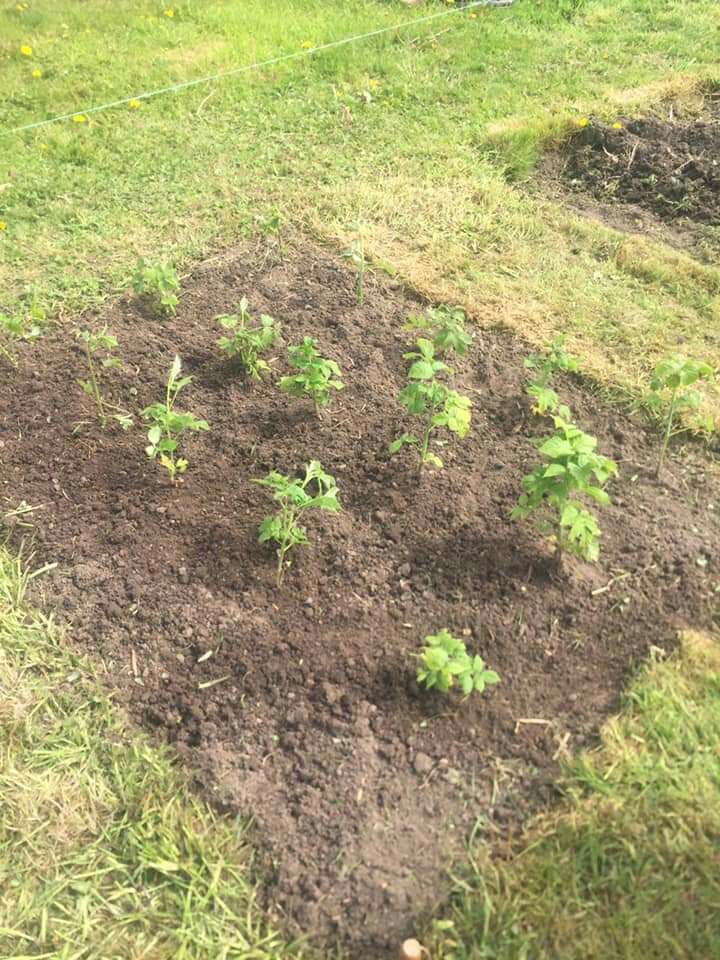 We split forces when we finished and Nick drove me back to our allotment so he could see what our site is like. Upon our arrival, we saw Steve had split the hive. Several frames of bees, brood and larvae have been transferred into the nuc box. We will check where the Queen is tomorrow so Phil and Steve know which hive to put the new Queen in. 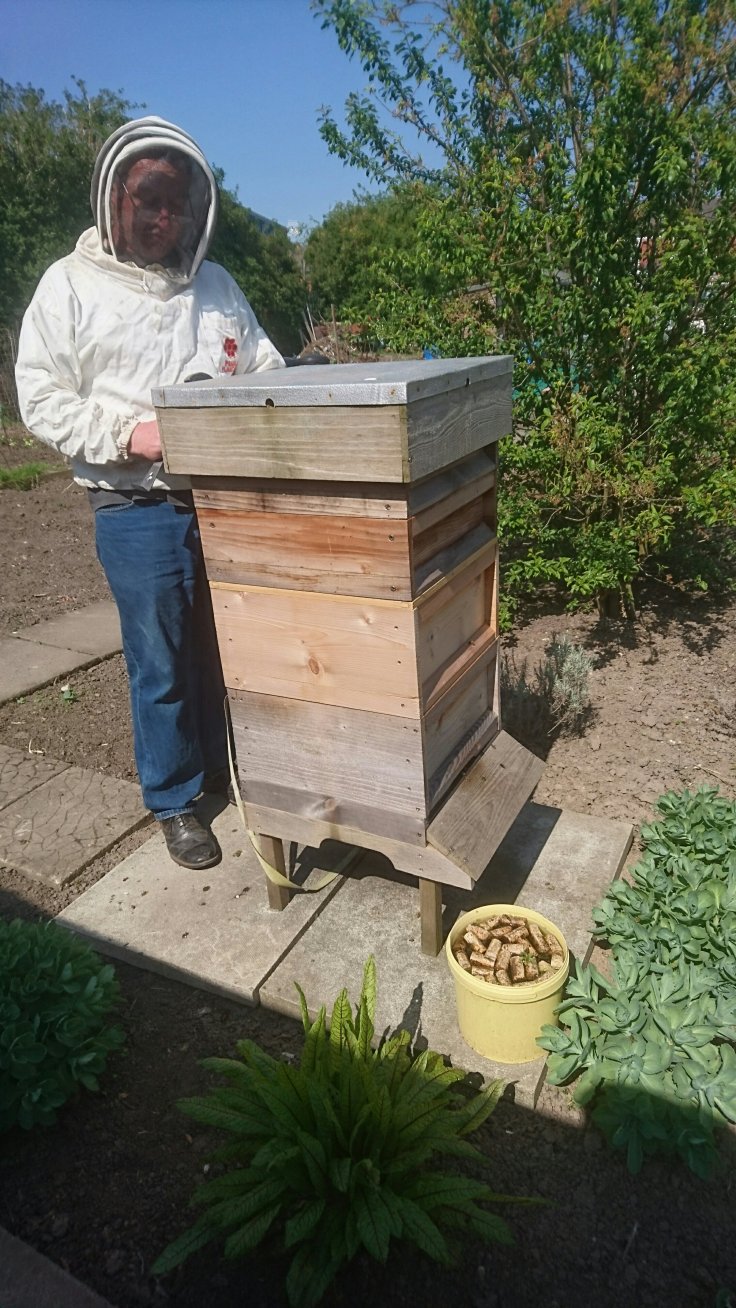 We looked at the chicks with Lucie before wandering around the site and looking at all the different plants and ways of growing things.