This morning I dashed down to the allotment expecting to see Emily with a trail of chicks enjoying the sunshine. When I arrived, she was still in her box and showed no signs of moving off her eggs. I managed to catch a glimpse of one of the chicks before leaving her to it.

I spotted Mel in the distance and dropped by to say hello. She was busy digging over the bottom section of her plot and I offered her my mini rotavator to break up the clumps. She agreed and I ran back to the shed to get it. Upon my return, I told her about the chicks. There’s always something so exciting about new life on the allotment. Both her and her sister popped across to my plot and we were joined by Cliff who lifted Emily off. Beneath her were three beautiful chicks and one egg that had a chick partially out. 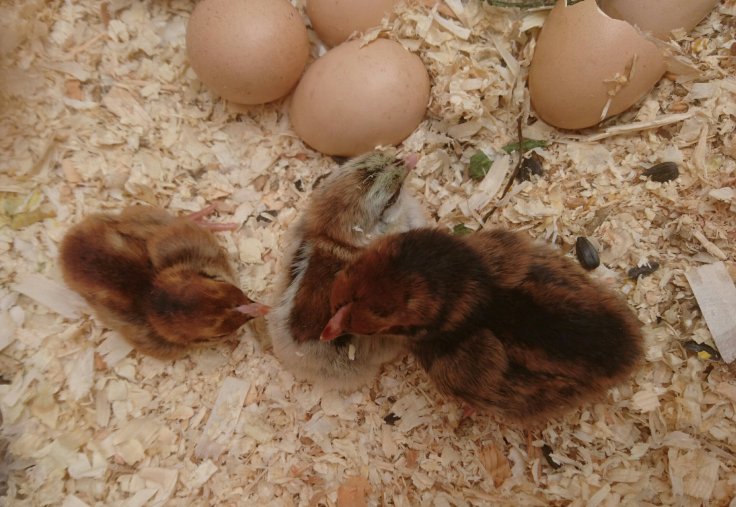 We left Emily to her chicks and I grabbed my fork and headed off to Rachael’s plot to start the digging. It was hard work and there was tons of bind weed roots to remove. By the time I had got halfway I decided it was time for a break.

As I was heading towards the clubhouse Cliff caught me to tell me he was going over to Will’s to pick up my coop and would I like to come? I grabbed my keys and we set off to Will’s via Steve’s to pick up the trailer. When we arrived at Will’s house, I had a tour of his workshop (it’s absolutely amazing) and got a good look at the new coop. It is gorgeous. Made from recycled wood, it sits on a crate to allow for ventilation and has a proper felted roof. The only snag was it’s weight. It weighs about the same as a baby elephant. Between Cliff, Will and I we managed to get the coop onto the trailer and tied it into place. It was so big that it couldn’t fit in the trailer but rested on the top.

As we drove back to the allotment, I was on lookout duty. I don’t know who decided that every road between Will’s house and the allotment should have a hundred speed bumps, but whoever it is deserves to be shot. The coop slid around quite a lot as we drove over each bump, even with Cliff taking extra care with his driving! 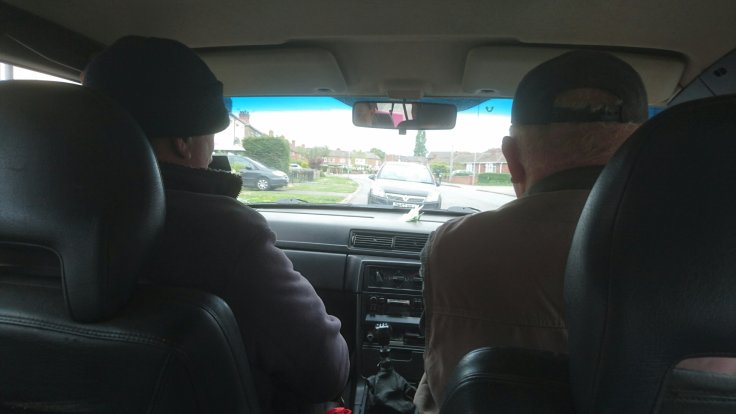 We drove to the back entrance of the site and I ran to get help for moving it off the trailer. Usually on a bank holiday the site is packed. Not today. I managed to grab Neil as he was going out the main gate and he kindly lent a hand in moving the coop. There were many points during that short distance that I thought I was going to drop my corner but we managed it between us.

On a roll, Cliff, Will and I carried over the spare run from Phil’s plot and put it onto Rachael’s. It needed some clearing as bind weed had grown through the wire but it was a quick job to remove it. Both Cliff and Will went home for a well deserved break and made a start on the remaining section that needed digging.

Half an hour later, it was done. I dragged the run over to the coop to see what it would look like. Apart from a lick of paint, it looks great. Will is going to make a ramp for the chickens so they can get in and out of the coop, rig up a nesting area and a perch for them to sleep on. I can’t wait to have some girls in here.

As I was looking at the run, I wondered whether there was any room to extend the run so they had more room. I got a couple of old bamboo sticks and twine and measured out the extension. Although chickens don’t need loads of room, I prefer for them to have the most room possible. So I will be pricing up some strong wire and wood to build it tonight and plan to put it together next weekend (weather permitting).

I kept intermittently checking in Emily and spotted the chicks several times. She was still sitting on the remaining eggs so I left her to it.

I did a quick dash to the shop and picked some snacks as I was starving. I sat in the sunshine on the bench pondering today and the joys of new chicks. Food scoffed, I moved on to rigging up a contraption to encourage the willow to grow into an arch over the bench further down the plot. Using several miles of twine and two bamboo poles, I pulled them into position. It looks somewhat ridiculous now but hopefully it will look better once the willow grows taller.

Afterwards, I grabbed the lavender plant that’s been in with the mint and replanted it by the border with Mick the Greek’s plot. Hopefully it will grow well there as that side of the plot drains quite well.

Tired but pleased with the day’s work, I walked down to have a final check on Emily. The chicks kept coming in and out of her feathers and they were delightful to watch. Eventually, my arms got so sore holding the lid up that I wedged it up with a large stick. I also ran to the shed and grabbed the stool to sit on. Time flies when you are absorbed in watching wildlife, and the next time I checked my watch it was nearly two hours later! I messaged my husband to join me down here so he could see the chicks.

Emily’s chicks have spent today exploring their environment in between cuddles with Emily. Hopefully the video link above will work! 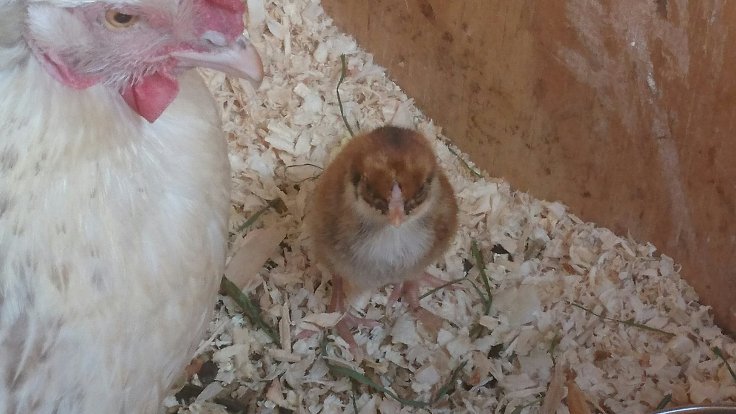 He arrived half an hour later and helped me lift Emily off her remaining eggs. We took turns breaking them open in the hope that any trapped chicks could be rescued. The chick that was partially out earlier hadn’t made it unfortunately. In the other eggs, there were two under-developed chicks with half the yoke still intact. All of the other eggs were empty. 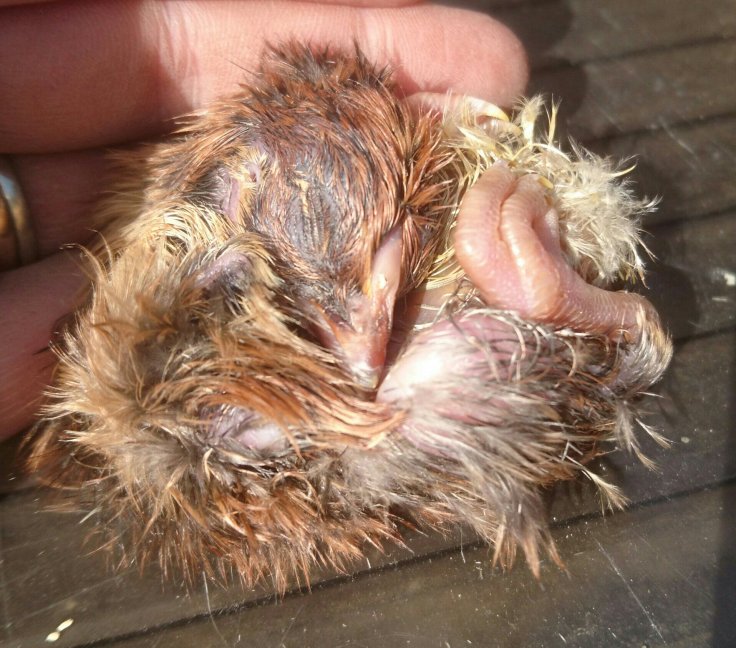 The first one my husband opened exploded. All over me. I have never ever smelt anything so dreadful in my life. I was covered in it so there was no escape from the pong. We buried the dead chicks before beating a hasty retreat home to a hot shower accompanied by several bars of soap. I am not sure if this smell will ever come out!

Tomorrow, I will be checking our new arrivals and feeding the chickens before heading over to Katie’s allotment to help her and her family make a start on their plot.