This morning I dashed down to the allotment, desperate for news on Emily’s eggs. When I arrived and lofted the lid of the broody box, I spotted a change! Next to Emily, half out from underneath her was an eggshell. Tentatively, I removed it, expecting a sharp peck for my trouble. 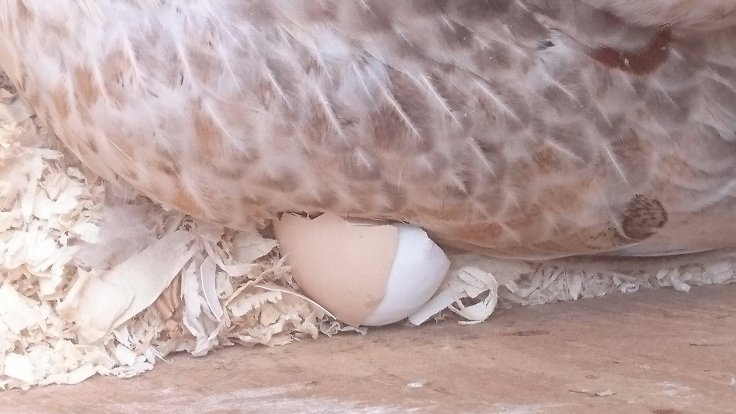 I bent down and thought I heard a small cheeping noise but it wasn’t sure. I left Emily to it and pottered off to the other chickens. They were all busy scoffing their treats as I cleaned out the coop. I wasn’t impressed with the lack of eggs, only one, and told them so!

I wandered up to the clubhouse and had a chat with Cliff about chicks and as usual he was full of all sorts of useful tips. After we finished at the clubhouse, I walked down to check on Emily again. This time there was another eggshell! This time, it had something different about it. I took it around to show Cliff.

Cliff asked whether I had moved Emily to see how the eggs were doing. I said there was no way I was going anywhere near that bird when she is angry! He got his thick leather gloves and lifted her off the eggs. There I’m the sawdust were two beautiful fluffy chicks. I spotted one of the eggs had a hole in it before we put Emily back and shut the lid. She was clucking her disapproval but rapidly went back to her eggs.

I left Emily to her own devices for the next couple of hours whilst I tried out my new mini rotavator. As I started, Phil dropped by to say that Will had built a new coop and was looking to sell it. He pointed out that if Emily hatched more than a couple of chicks that the broody coop would be far too small for them all within a few days. I went to ask Will about it and he kindly offered to drop it down early next week. All that was left is to build a run for it. I paid Will and started to weed the plot.

I chose to weed along the boundary as grass and several other types of weed are threatening to take over the plot. After an hour, I took a break and walked over to say hello to Rachael. She has been wondering what to do with a section of her second plot and as she has no plans for it, kindly agreed to let us put a new chicken coop and a few chickens on it. We went over to her second plot and marked out an area that I could use to put the new coop on. Rachael has covered over a section of her second plot with weed fabric so the area is weed free, it just needs a thorough dig over. As we were looking at the section, Cliff shouted over to us about a spare chicken run which I could use with Will’s new coop. It would need to be properly fixed to the coop but it would mean we could be up and running with the new coop in a couple of days! Luckily, Will has some spare wire which we will need to put around the coop to protect it from foxes.

Next, I ambled back to my plot and dealt with the weeds growing through my crazy paving. It took ages but it definitely looks better.

I went for a walk and checked on Emily again. This time, I spotted a small fluffy body appear by Emily’s wing. I was sure whether it was a new chick or one of the ones I saw earlier. But it was adorable!

After this, I made a start on clearing the weeds from the strawberry bed. I don’t know where these weeds come from but every year they threaten to overrun the bed. They were completely successful last year and killed off my entire strawberry crop. I made a good start on it and will finish it tomorrow. 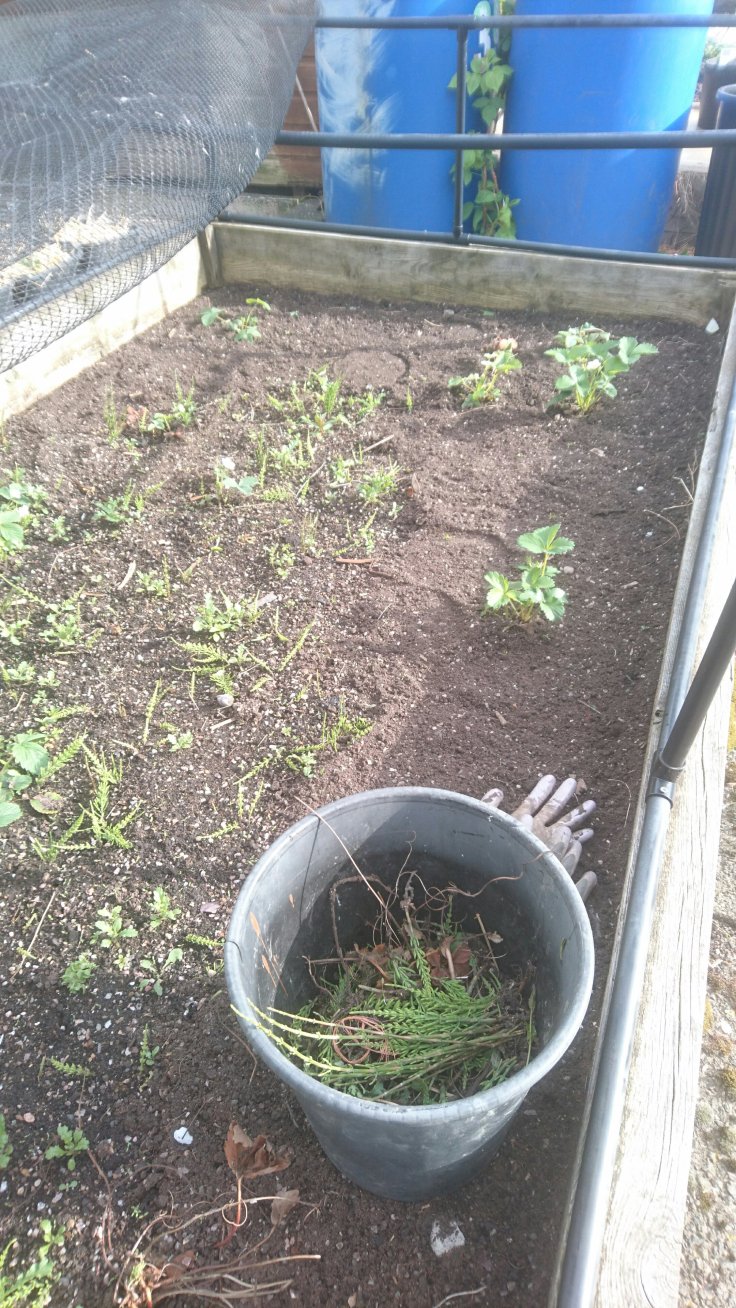 When I next checked my phone, I had a message from my friend Katie asking if she and the girls could drop by on their way home. They arrived 20 minutes later and we had a delightful tour of the site and its chickens. I had so much fun sharing what we are growing and getting the girls to help me with some rhubarb picking.

They left, armed with a huge pillow rhubarb and some eggs. I am curious to see whether Lucie’s telling the chickens to lay more eggs will have worked. I left shortly after shutting up the shed. It has been a long but very exciting day! 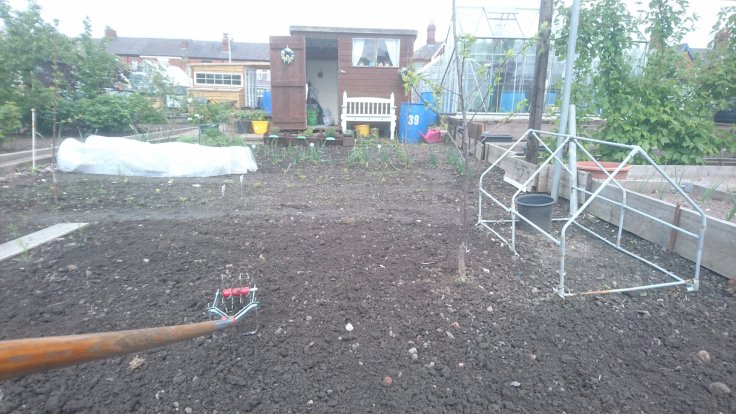 So the plan for tomorrow is to check on Emily. If she is off the eggs in the morning, Cliff will help me crack the remaining eggs and see if we can help any trapped chicks. By lunchtime, we should know how many chicks we have! Also, I will be digging over a section of Rachael’s plot ready for the new coop.