Yesterday I did something a bit different. I went down to my grandfather’s house in Plymouth to collect cuttings from his legendary apple tree. Legendary not in any great sense but because it was the only plant that he managed to grow successfully in his tiny back yard. The bathroom in his house overlooked the back yard and he often would lean out the window and pick himself an apple to eat as he read the newspaper in the bath. Over the years, he even built his own apple picking contraption to make getting the apples easier. The tree at this time was hugely tall, comfortably reaching the top of the bathroom window on the first floor. 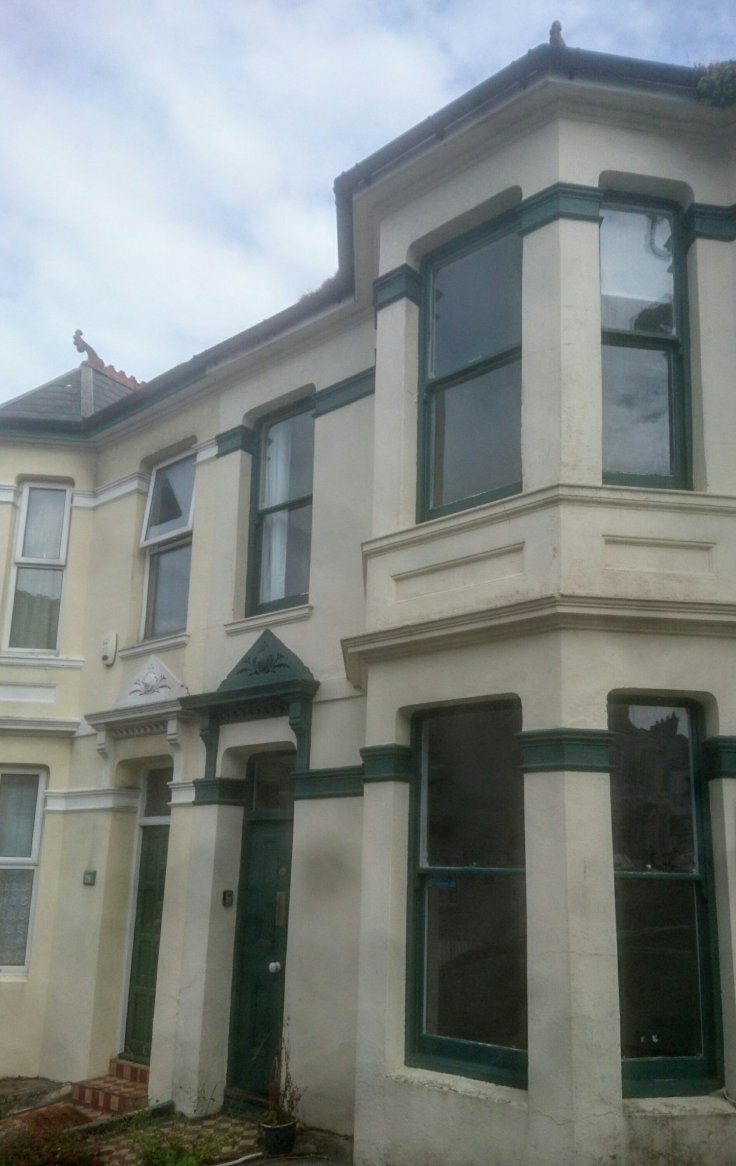 We arrived yeaterday to find it a shadow of its former self. During the house renovations in 2010, it was pruned heavily and in the subsequent years hasn’t grown as big as I had expected. It was about 6 ft tall but half of it was dead with the other half containing serious disease. As I removed the weeds around the trunk, I discovered the cause. The base of the trunk has been half destroyed, with over half of it exposed to the elements and insect hoards.

I carefully chose several branches to use for my cuttings, trying to avoid the worst of the diseased branches. I tried to get longer cuttings to give them the best chance of taking but I could only get four healthy ones. Four cuttings isn’t enough to ensure that you get one that grows, so I ended up taking much smaller cuttings in the hope that maybe they would work.

Next, we pruned away all the old dead wood and gave it a thorough watering with miracle-gro in the hope it would boost the tree enough to survive.

After sorting out the tree, I dampened some tissue and lined the inside of a plastic bag, placing each cutting in carefully. I then added a second layer of damp tissue to keep the cuttings in place but also to make sure they had enough water for the long journey home. The bag was then placed in a bucket and we put it in the car ready to go home.

Throughout the long journey home, I kept checking the cutting they seemed fine. As soon as we arrived back, I took the bucket outside and we began to pot them. Using a secateur, I cut off anything that looked like disease, removed some of the leaves and left the cuttings to soak in some water while I sorted out the pots and compost. 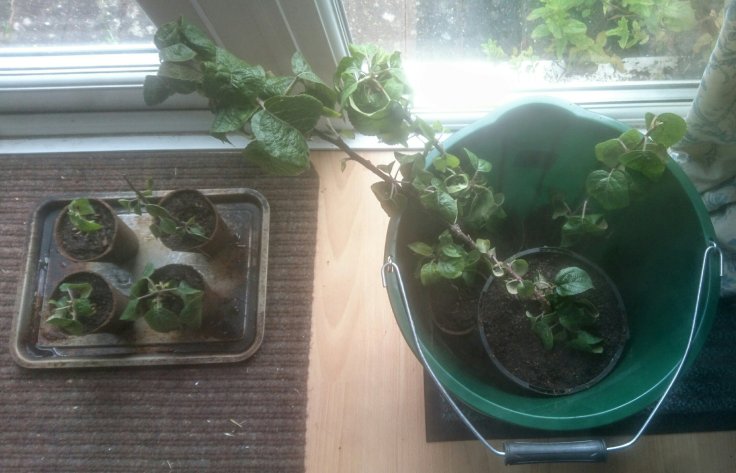 We used some special compost designed to support cuttings as well as using rooting compound to encourage the cutting to grow roots at the bottom. For each cutting we shook off any excess water and coated the bottom inch of it in the rooting compound. Making sure to shake of any excess, we planted it in the compost, ensuring the new root was deep in the pot. As a final touch, we watered them into the pots using some more miracle-gro to give them the best chance of success.

We put the pots on a tray by the back door so they will have lots of sunshine in a sort of make do ‘greenhouse’. Over the next few days, we hope that they will begin to root. As long as just one works, we will have saved our special apple tree. 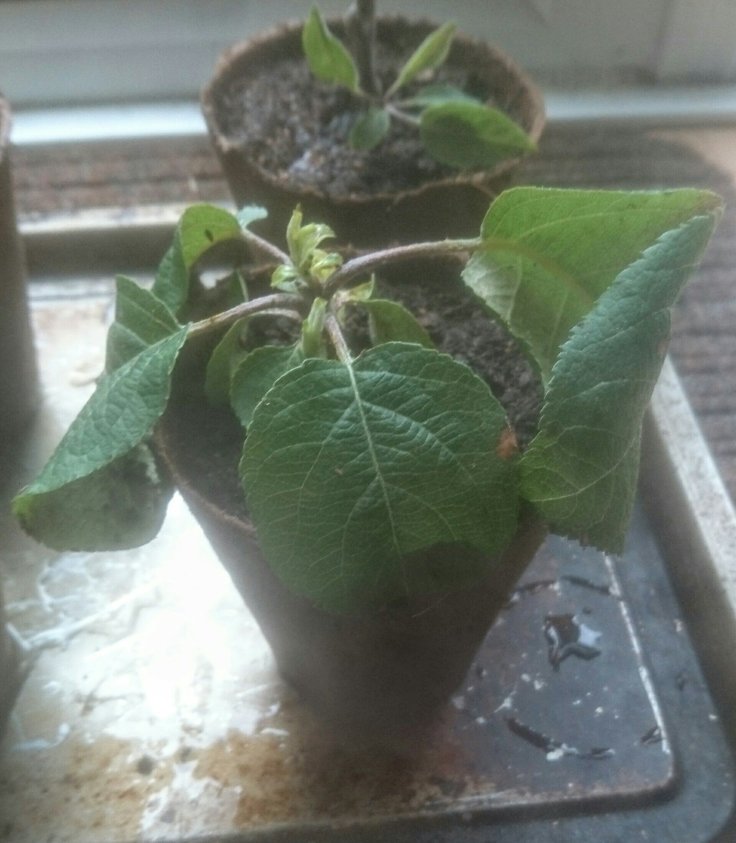 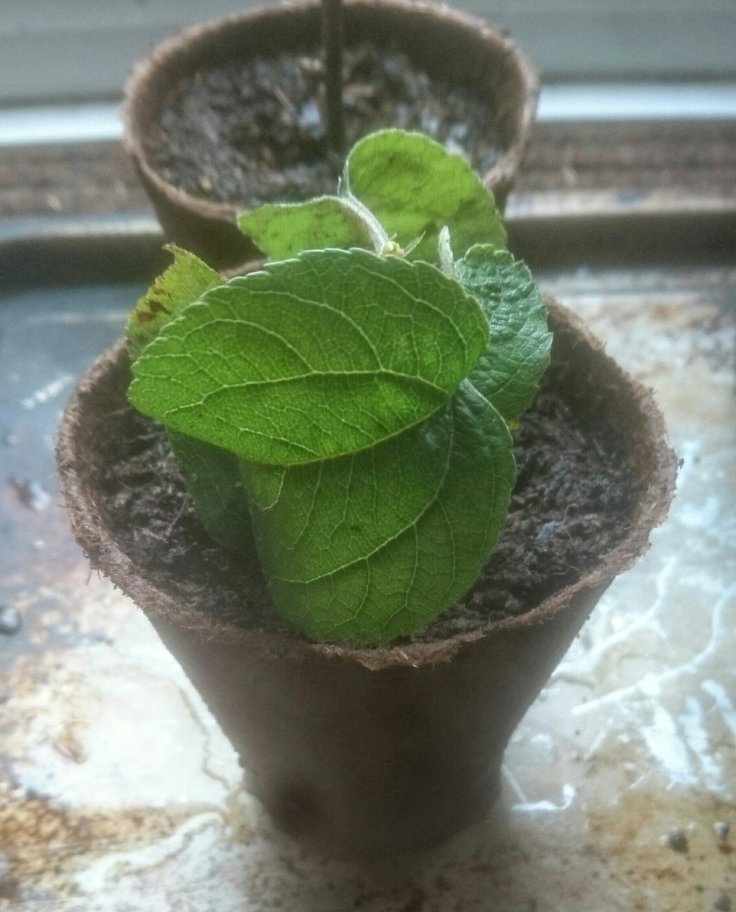