Early this morning, I walked down to the allotment determined to get lots done before it got any hotter. The temperature over the next week is supposed to rocket up into the high 20’s/low 30’s.

As I arrived, I opened up the greenhouse, fed three hungry chicks and a grumpy Emily before making a start on the strawberry bed. It took a good half an hour of solid weeding but it definitely looks much better now. 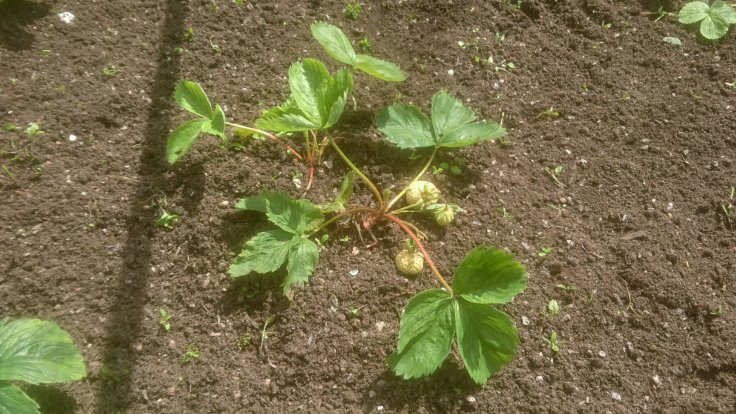 Once my weed bucket was full, I walked down to the main coop. I was greeted with enthusiastic clucks as I deposited the weeds in the coop. Whilst the girls were busy with their greens, I cleaned the top of the nest box, collected a solitary egg and propped open the roof for better ventilation overnight. I spread their treats around and topped up their feeder. I cleaned out the bottom of the water dispenser which was filled with mud as usual. I don’t know why they object so strongly to clean water, but they do! 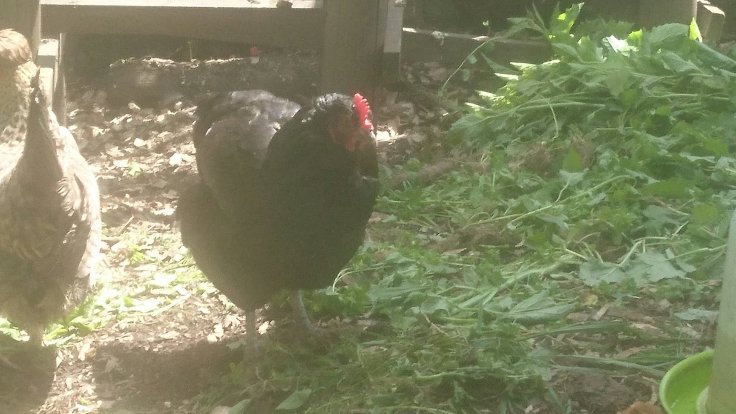 I wandered across to Rachael’s plot to have a check of the coop. As I was clearing the weeds away from one side, Geoff appeared armed with some tools and batons of wood. Geoff has come up with a great plan to join the run to the nest box and put in fox deterrent fencing around the Base of the coop. I managed to clear one whole side of weeds and lugged an enormous armful to the main coop. In their enthusiasm, I nearly trod on several of the chickens but the massive pile of weeds should keep them occupied for a while! 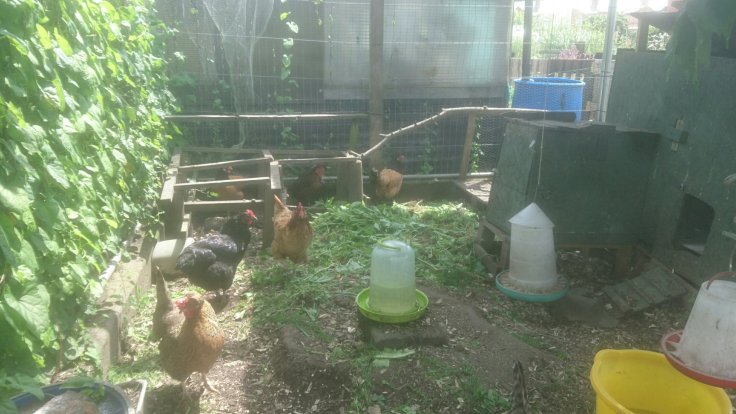 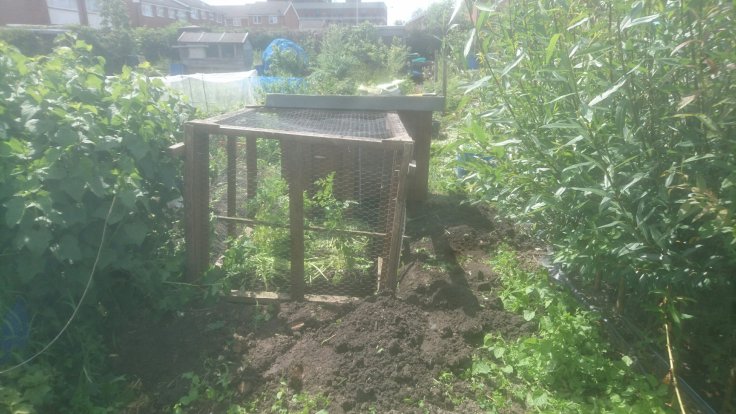 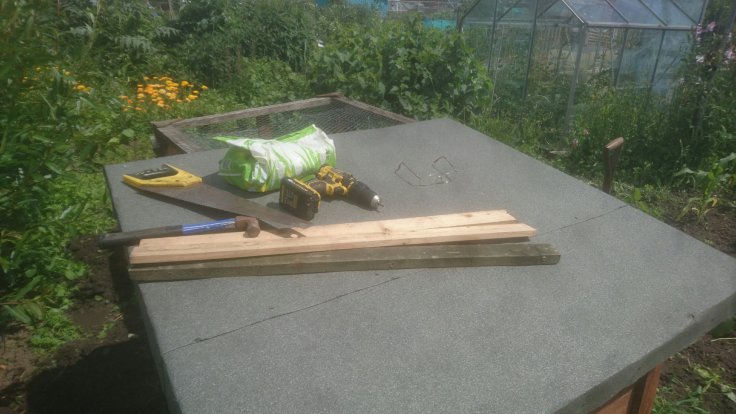 Next I joined everyone in a well deserved cold drink and biscuit at the clubhouse. Chris, Geoff, Cliff and Steve were all their enjoying the sunshine. Steve updated us on his new incubator and that he was still unable to sex the leghorn chicks he hatched three weeks ago. 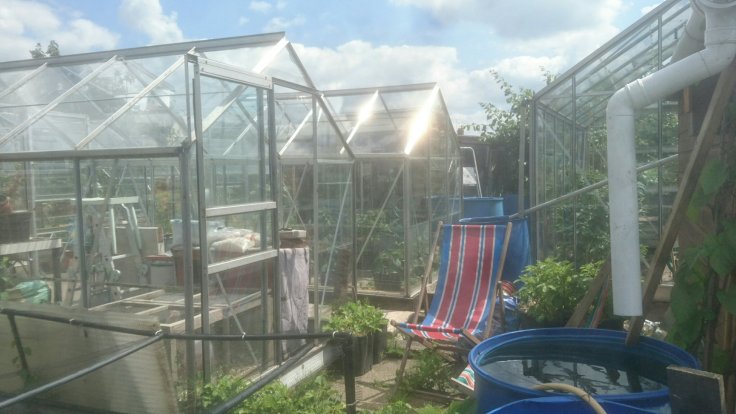 Noticing the time as well as the increasing heat, we all adjourned to our respective plots. I borrowed Cliff’s handle and spent half an hour hoeing the plot. The worst of the flooded areas are still quite damp. Hopefully hoeing will help drain the remaining moisture away. I am quite pleased with how it looks. Here’s hoping for a few more days of dry weather so the plot can drain fully and to give the plants a chance to recover! 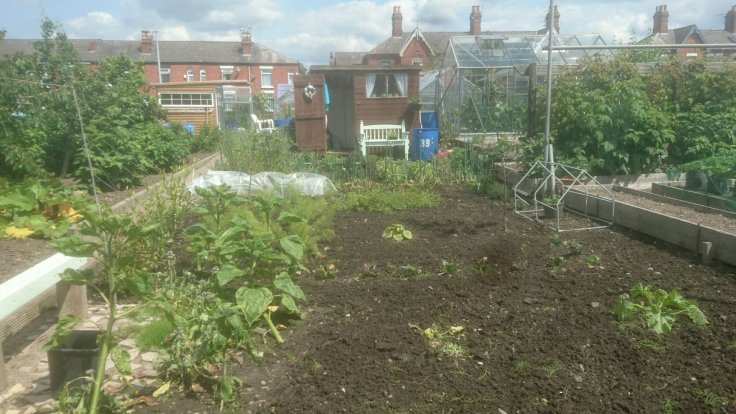 The last job was to go around the fruit section and weed it. Despite the weed fabric and bark, the weeds insist on growing through. However, it is easier to remove a few weeds as opposed to the jungle it was before. 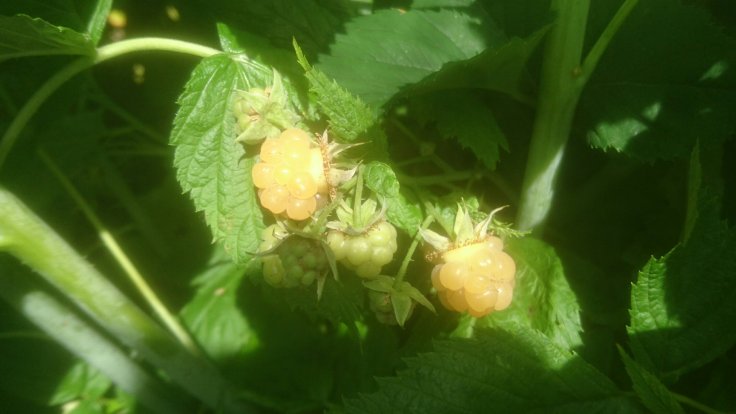 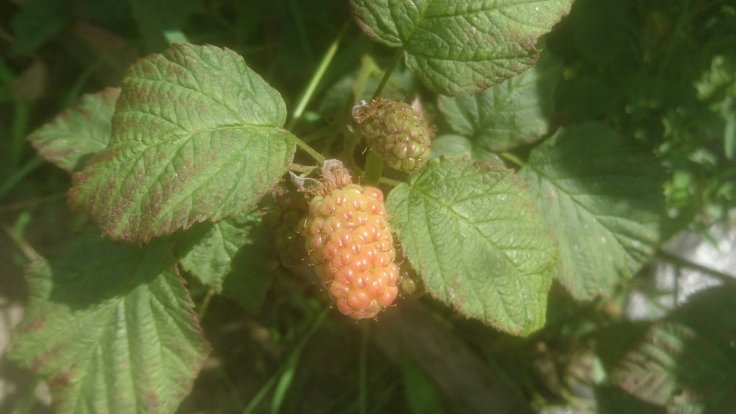 As I checked the fruit section, I found both golden and red raspberries. I was hoping that some red ones would self seed. Happily, they have! The remaining fruit bushes are busy, clearly thriving despite the heavy rain. We are looking forward to a bumper fruit crop this year! 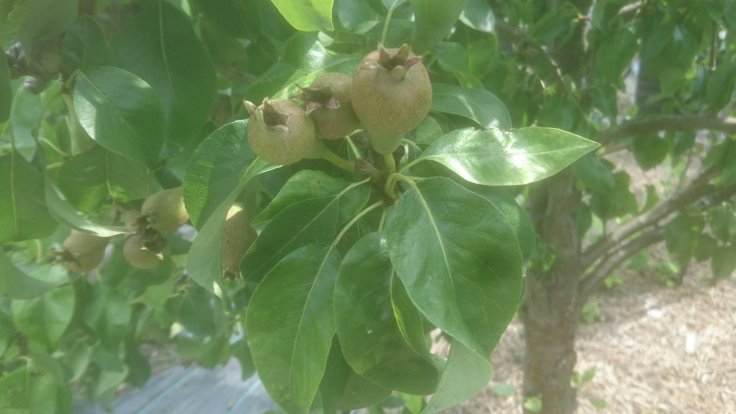 Before I left, I asked Geoff to shut the greenhouse doors in the evening so Emily and her chicks don’t fry. The plan is to move them today or tomorrow into the new coop. Although I haven’t managed to extend the run fully yet, it’s the same floor size, with taller run and a much larger nest box. Hopefully they will all like their new home! 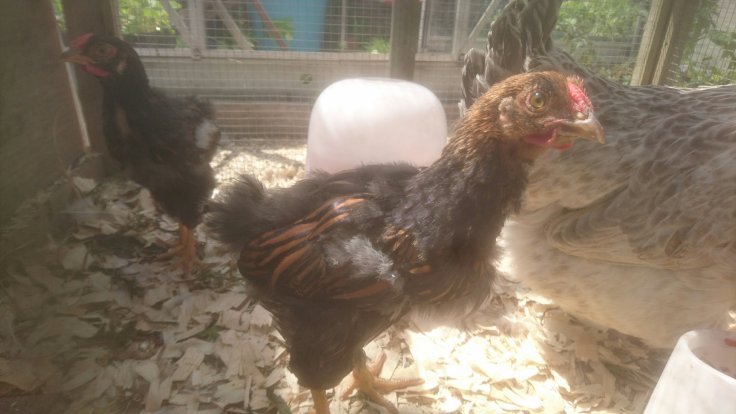 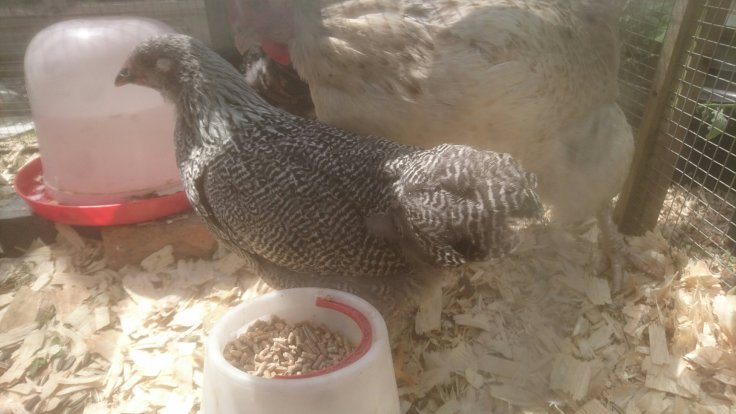 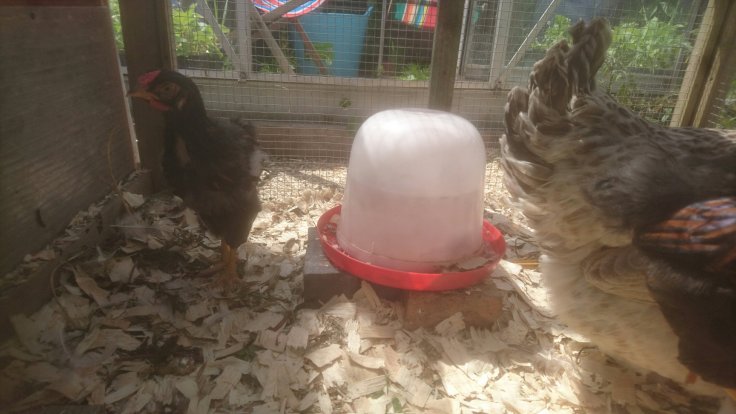 It’s going to be a very busy next two weeks but let’s hope the sunshine continues! 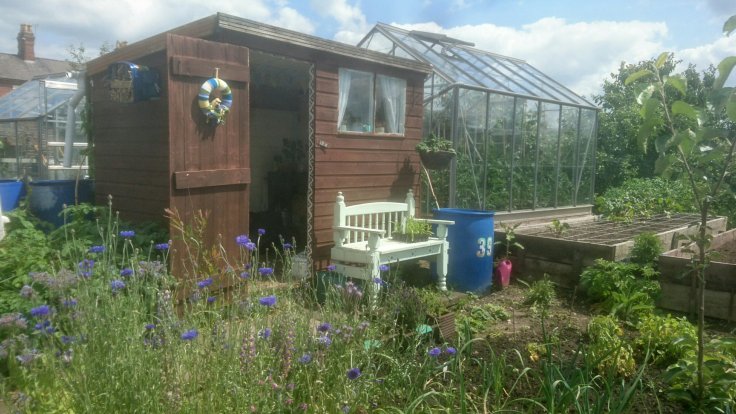