This week we have been experiencing a deluge. Most of the plots have had puddles, lakes or oceans on them. As usual, our plot was pretty much entirely flooded although Keith’s was definitely worse! The water did drain off but it took a few days and just as it was getting dry, we had the next influx of rain. I doubt it will now be dry enough for me to dig it over for the next few weeks.

Over the past week I have been making friends with Leia and Rey, hoping to tame them. Leia now takes food from my hand and occasionally Rey will too but she is still very flighty. All the other girls have been busy moulting and due to this our egg supply has plummeted. The moulting process takes several weeks and requires a lot of energy which is why egg production drops. The silver lining is that they all seem to be moulting at a sensible time of year rather than the usual mid-January during a cold snap! 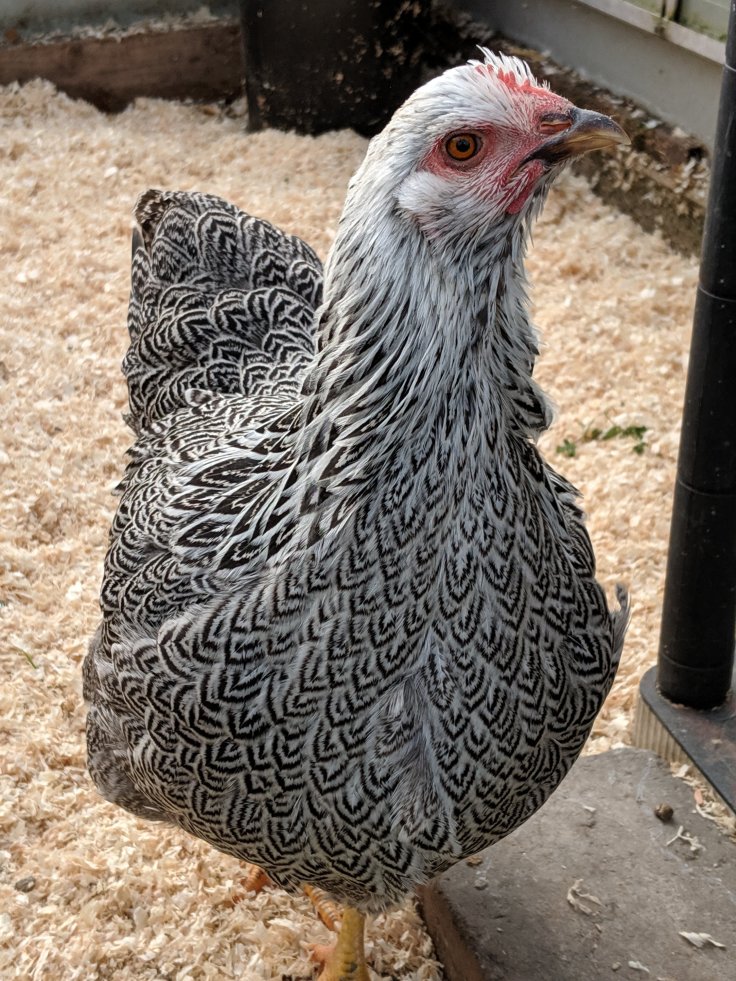 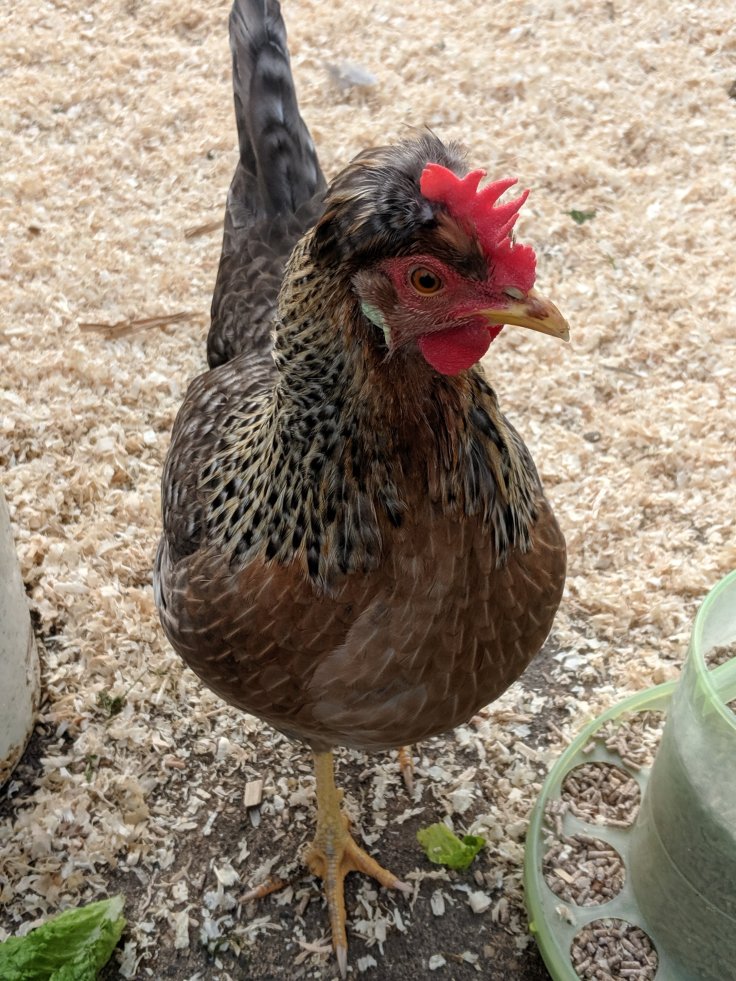 Steve and Phil checked the bees briefly today and they all seem to be doing well. Phil added a fondant icing pack to one of the hives to feed them. The other hives will be fed with a sugar syrup for the next couple of weeks to help the colonies build up their honey stores for winter. As the temperature drops, they will go out less and less and rely entirely on their honey stores within the hive. 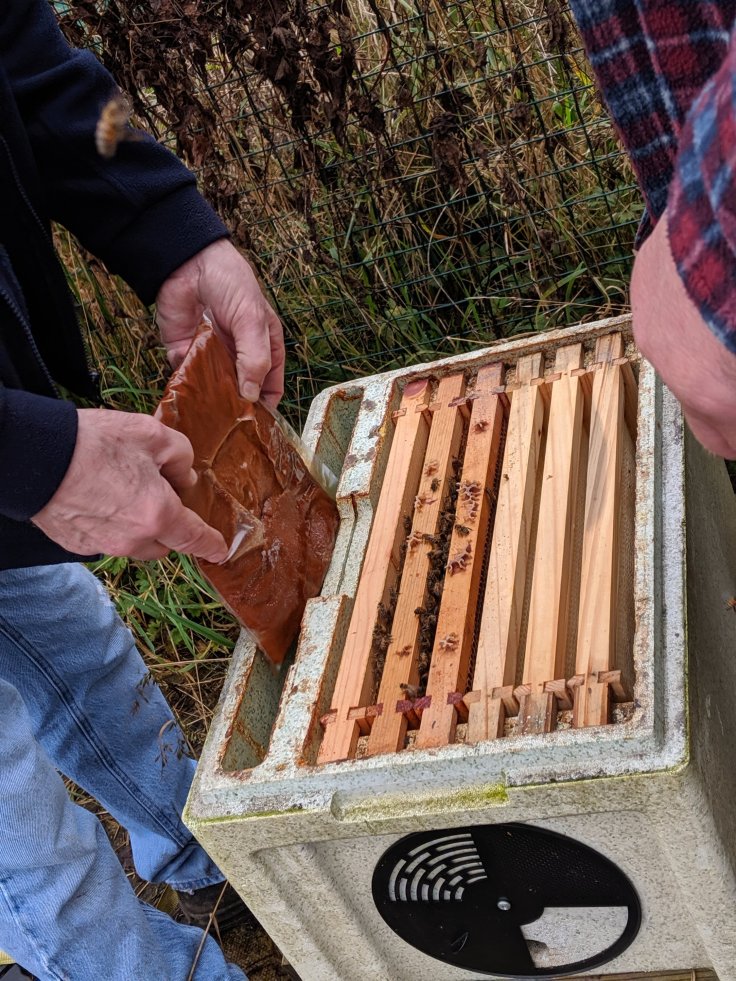 Unfortunately, the sunflower heads I grew this year and have saved for the chickens have been destroyed. Well, devoured is more accurate. The shed seems to be the preferred restaurant for a mouse. I cleared out all the seed casings and old heads before rummaging around for the bubble wrap for the olive tree. As I pulled it out, two small brown furry animals appeared and legged it out of the shed. I confess I did let out a squeak of surprise. I had no idea they were nesting in the shed! Once I had recovered, I found they had cleverly made a nest in the polystyrene egg box in my storage bag. The polystyrene egg box was left over from the hatching eggs in the summer.

I grabbed the bubble wrap and rope and headed down to the community garden. It took a while to wrap the tree as the flowers growing around the base kept getting tangled in the bubble wrap. I used three separate pieces to ensure the trunk of the tree was fully covered. The lower temperatures the past few days have led to the first frosts of the winter. Although olive trees are hardy, the nursery recommends wrapping the tree to give it additional protection.

On site, most of the leaves have now changed colour and are falling rapidly. Despite being in Britain, I always love the North American term, Fall. It always seems to invoke a beautiful image of the brightly coloured leaves falling in the autumnal sunshine.

Before I left, I wandered back to the coop and put a jumper on Georgie. Her new feathers are growing in but she is definitely bottom of the pecking order and she is sleeping outside the nest box. The ungrateful bird pecked at the jumper until I caved and took it off. I guess Georgie thinks she is warm enough without it! 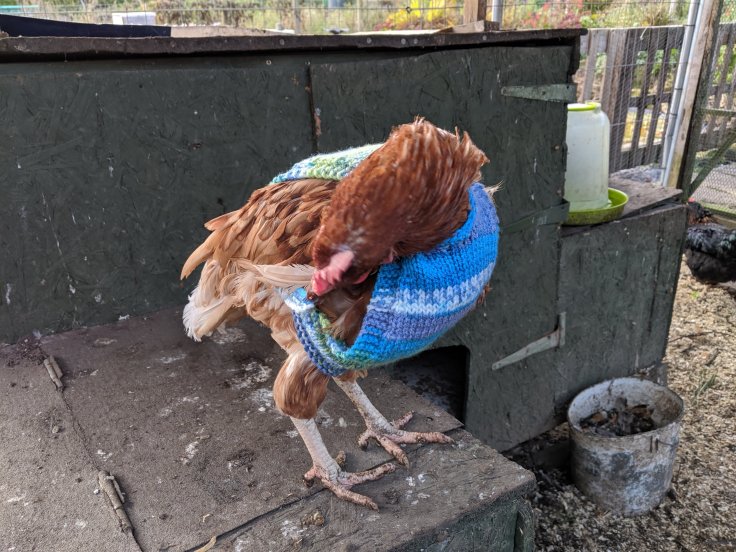