Off to the allotment to sort out the chickens this morning to find Betty in a bit of a state. One of her eyes which has a slight infection seem to have got worse. The poor bird has a growth on her bottom eyelid and it must limit her vision considerably. 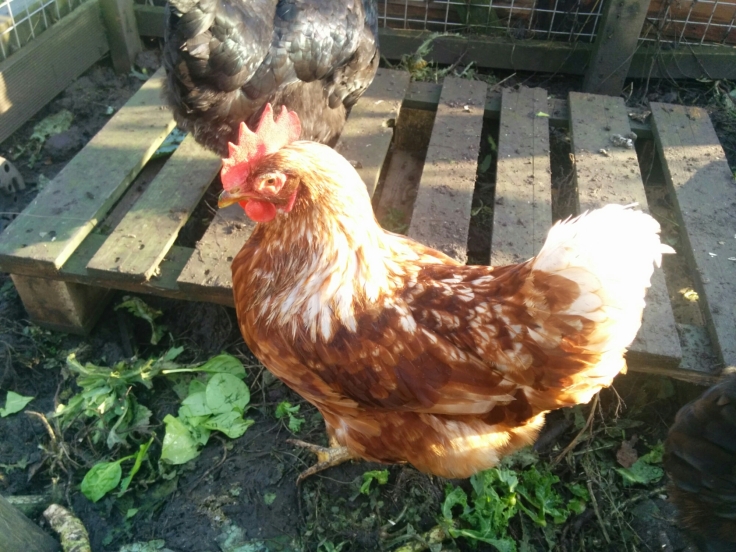 I immediately called Chris over and he said it didn’t look good but to talk to Cliff. When Cliff arrived, he picked her up and had a good clean of the eye. He reckons she has been pecked by another chicken and got an infection in it. He will keep a close eye on her over the next few days and hopefully she will recover. 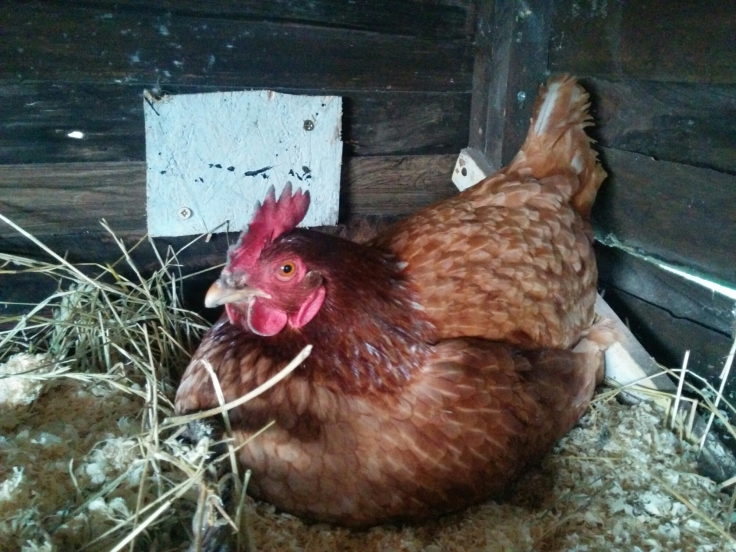 Later, we pottered into the market and saw a brace of pheasants for sale. The stall owner told us he was selling them for £1. Wayne looked rather longingly at it, and being a soft hearted sucker, I caved. Only problem with the brace was that it needed skinning and gutting before being cooked. 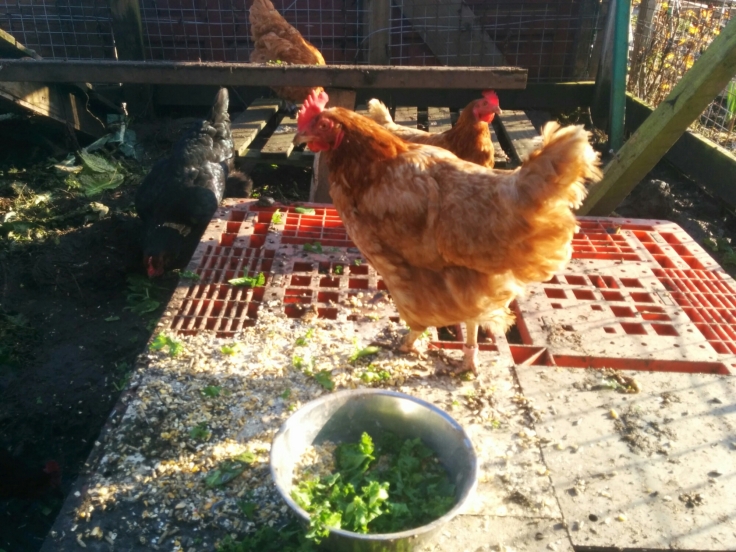 We found a YouTube video demonstrating how to do it. We got a sharp knife, a pair of kitchen scissors and a chopping board and went into the back garden. An hour later, we had two plucked, skinned and gutted pheasants for the pot. It turns out that once the head and legs were off, I could do quite a bit of it without being too squeamish. Of course, I got the other half to do all the bits I was too cowardly to do…. after all, it was his idea! 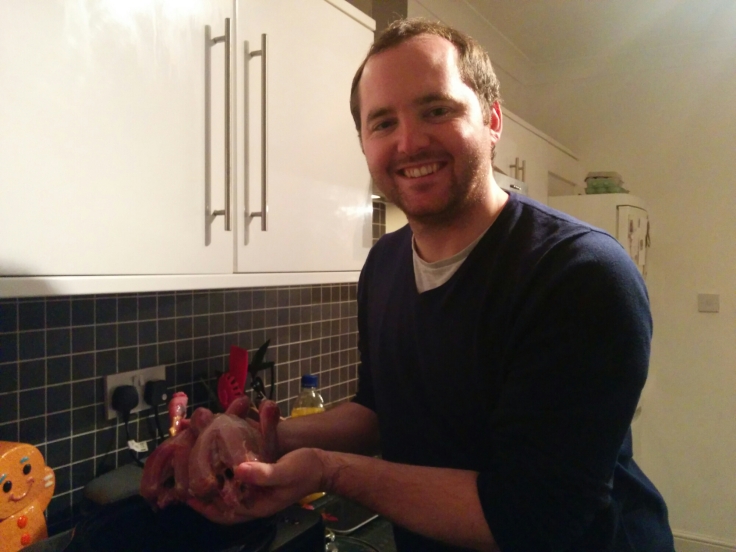 Pheasants currently in the pot. Pheasant stew tomorrow, hopefully it turns out not to have too much shot in it…