Yesterday I ambled down to the allotment as usual. My timing was outstanding. Just as I was arriving at the gate, the tea bell went! I sat with everyone enjoying the conversation and the surprisingly good weather. 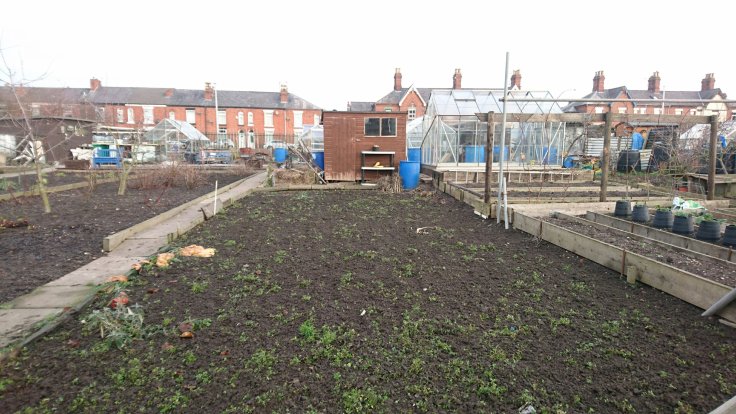 Eventually I decided I needed to do something productive, so I went to feed the chickens. As usual, I counted them. I came up one short. Again. 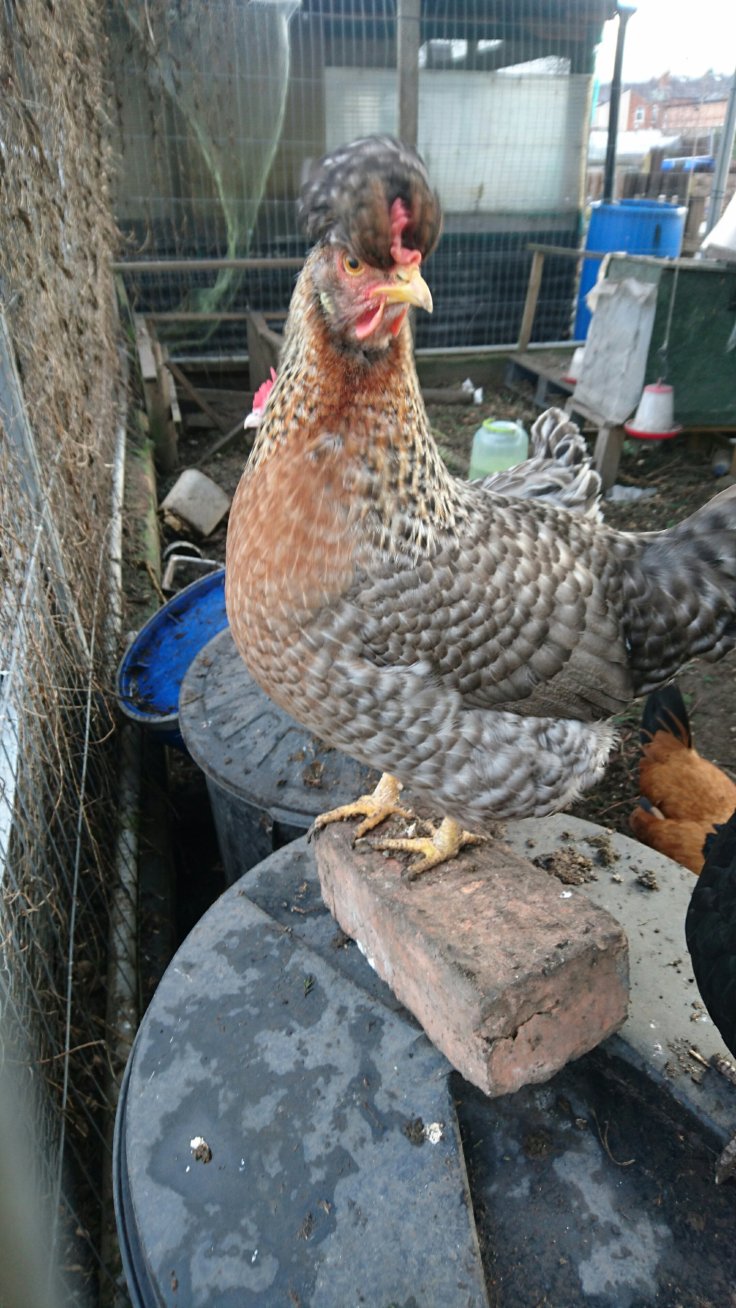 Recounting, I realised Snap was missing. Much to my exasperation after several frantic minutes of searching the coop, I found her. Snap was in full ninja mode, hiding in a hole underneath the nest box. Again. Swearing at the idiot bird, I finished up sorting their food and water and left them to it. 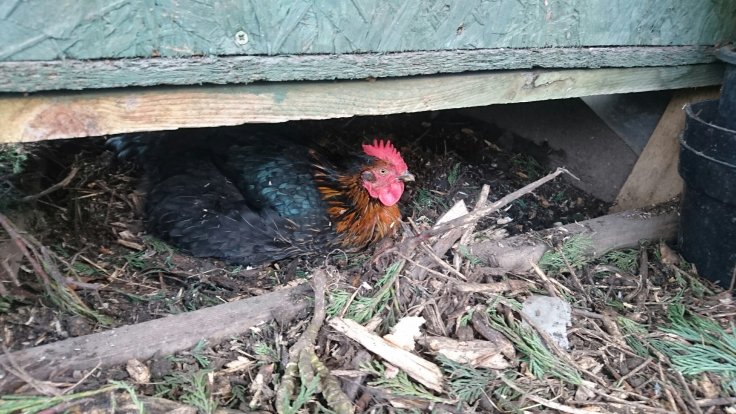 On my way towards the gate, I passed Geoff and Cliff busy preparing for more chicken surgery. I stopped to document their efforts to help one of Cliff’s chickens with bumblefoot. The majority of the swelling was between the toes, on the top of the foot. A place none of us has seen it before. 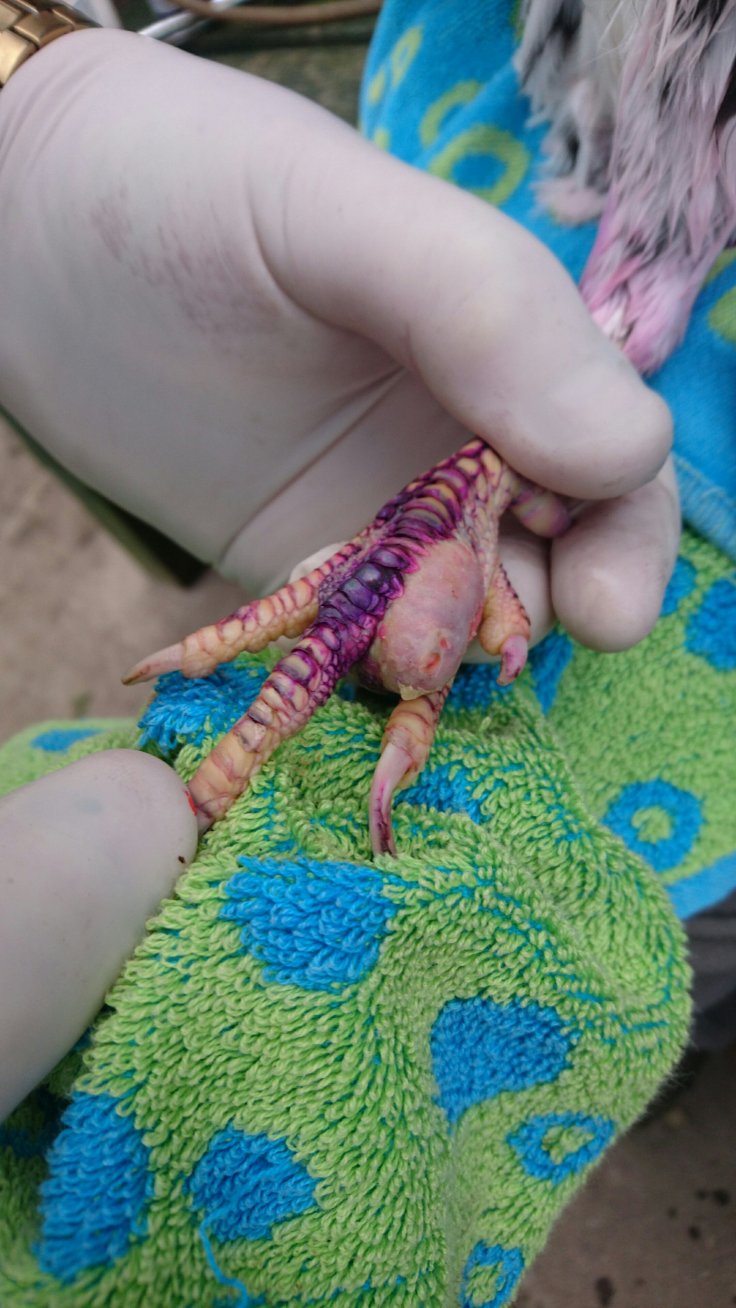 Whilst Geoff put and kept the irate chicken in her Epsom salts foot spa, Cliff prepped all the equipment and bandages. Out she came and we could see how bad her feet were.

Cliff used a needle to peirce the skin and drain all the fluid out. Once this was done, and after several angry attempts to peck Geoff to death, Cliff sprayed her feet with a special spray. 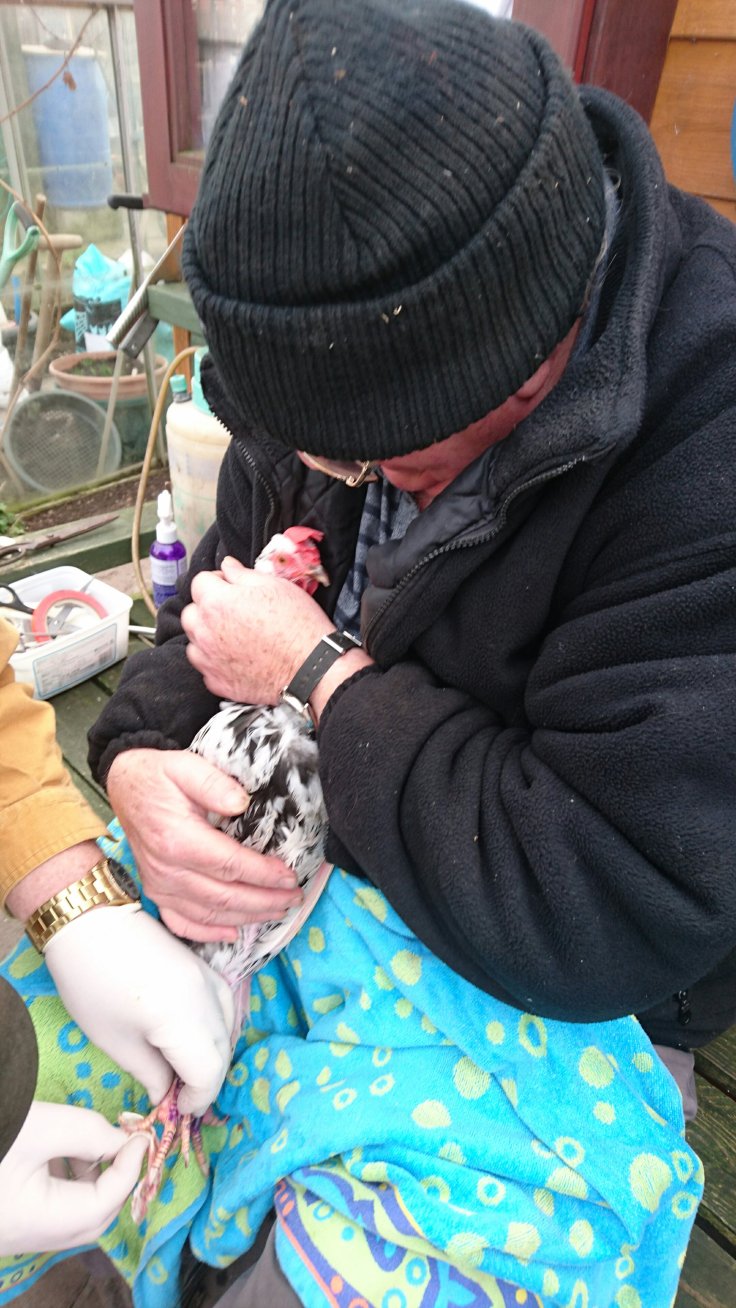 Sadly, it doesn’t paint their feet a vivid shade of purple but it still does the job of killing the infection. Using lots of tapes to secure a bandage on each foot, we took her back to the coop. 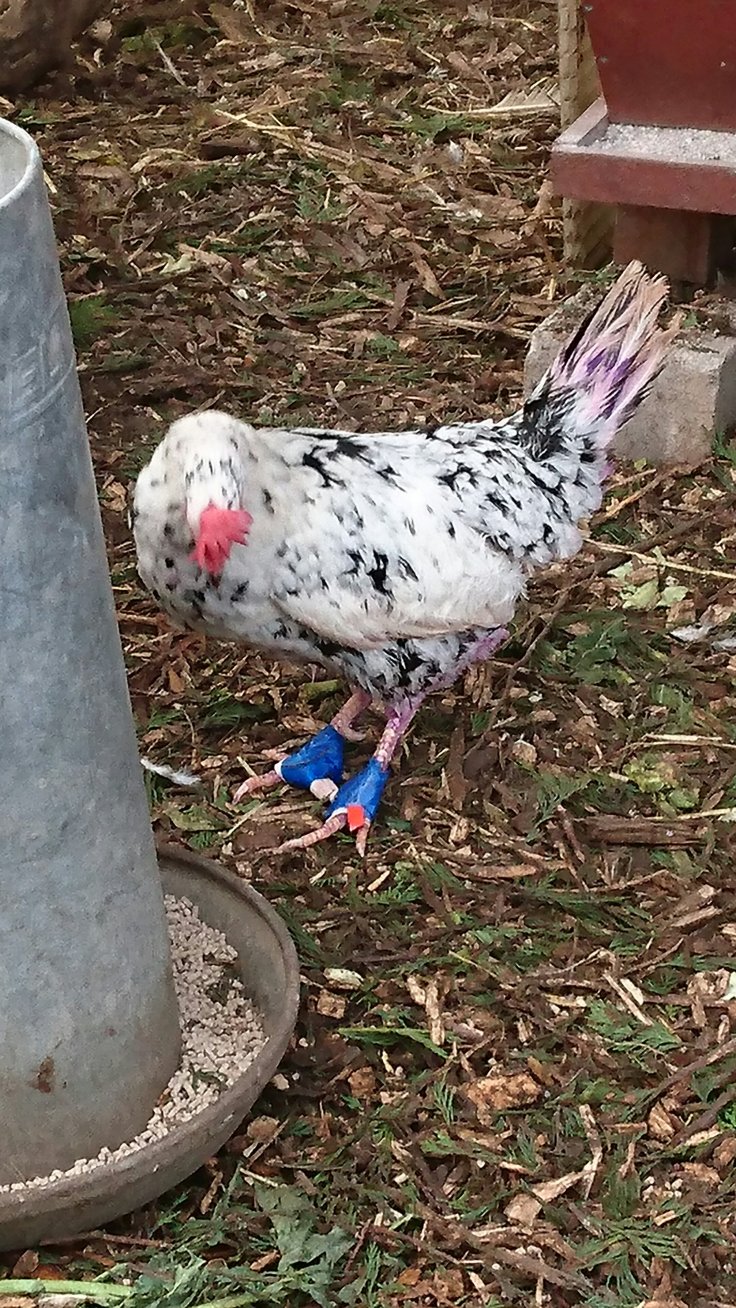 She was immediately fussing with her feathers and strutting around the coop despite her unconventional boots – now with go faster red stripes! 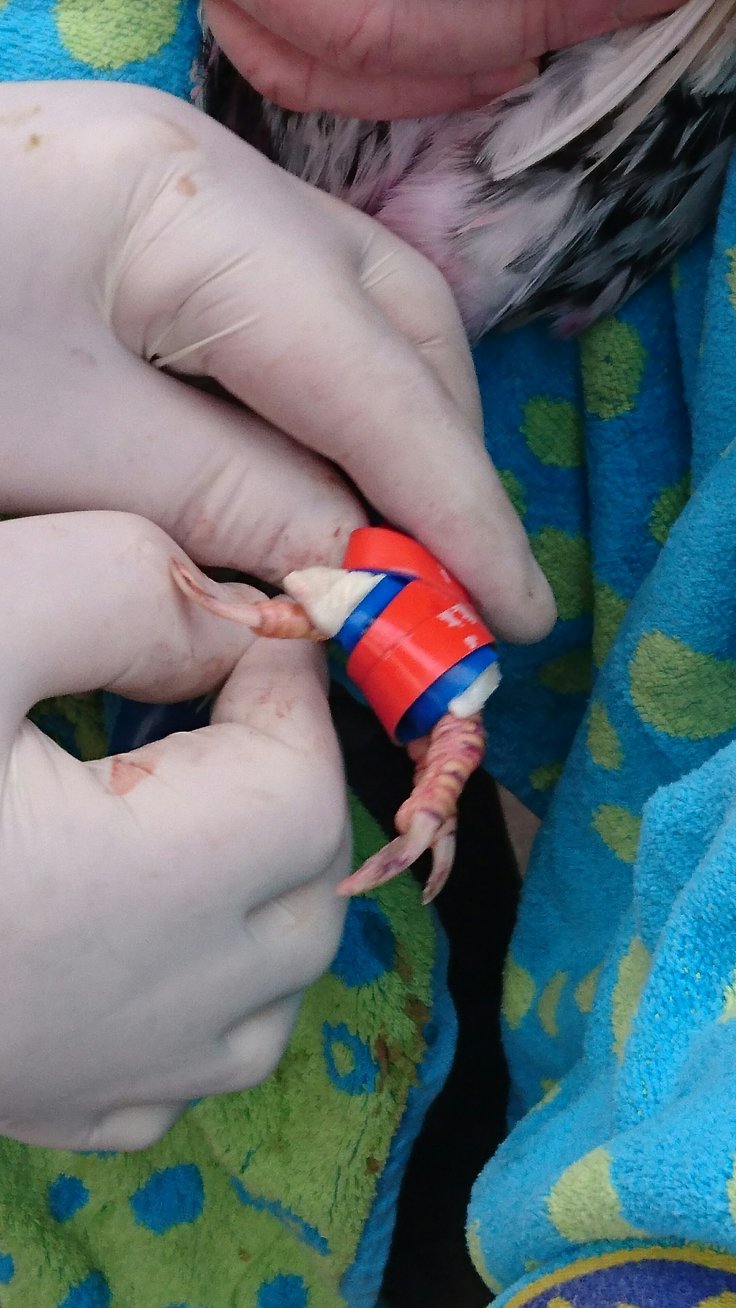 The successful end of the operation meant that all could go home for a well deserved lunch.