This morning I decided to take advantage of the temporary pause in the rain and walked down to the allotment earlier than normal. I arrived to find several people already down including Steve who was busy with a saw, hacking apart the huge milk container by his greenhouse. 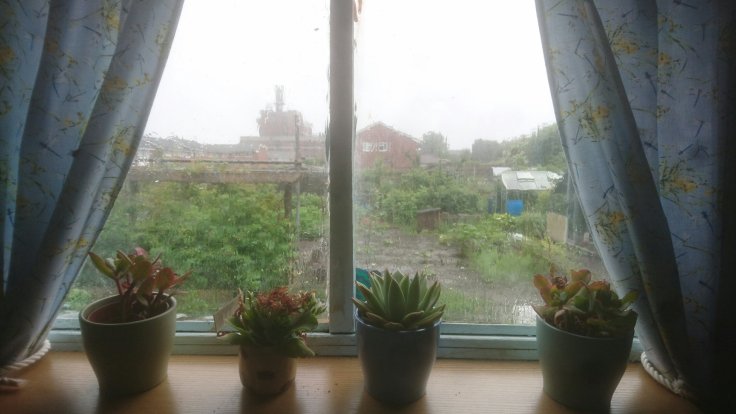 As I walked down the plot to see how the flood levels have changed (almost drained entirely) although the soil is still sodden. I got to the Community garden and spotted the big fish briefly before it disappeared beneath the surface. The lily has grown significantly and now covers about a third of the pond. As I looked at it, I spotted a large dragon fly. It had its casing next to it, suggesting it had only just hatched. I struggled to get a close up photo but I did manage to get a photo, you will need to look closely!

I made a start by clearing out Emily and her chicks. This wasn’t appreciated judging from the loud squawking that accompanied my hard work. I managed to remove most of the old bedding in the run but I left the bedding in the nest box. I wanted to remove and replace it but there was no way I could contort myself into the run in order to clean it out. The new sawdust in place and all their food bowls etc in, I left them to it. 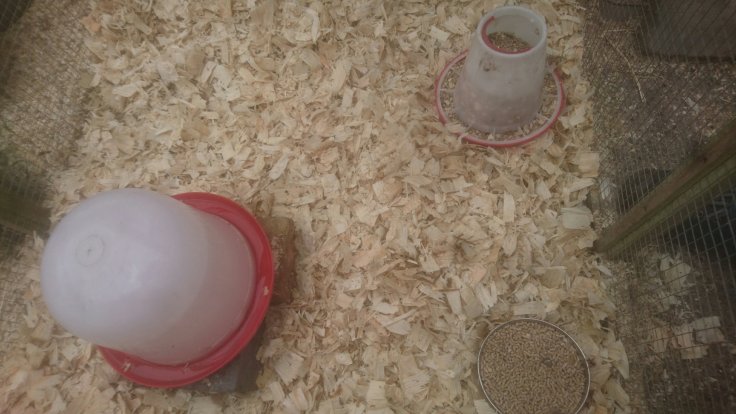 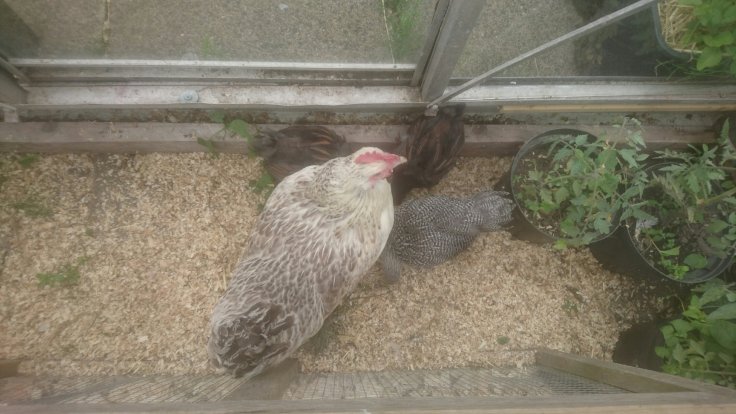 Next I ambled down to the clubhouse to catch up with everyone. It’s such an important part of having a plot on site. Everyone comes together to chat over tea and, thanks to Steve today, slices of pork pie. Ken was also there today, with two dogs as well as Phil, Steve, Cliff and Geoff. We all had a good chat and headed off to our different plots to do some work. 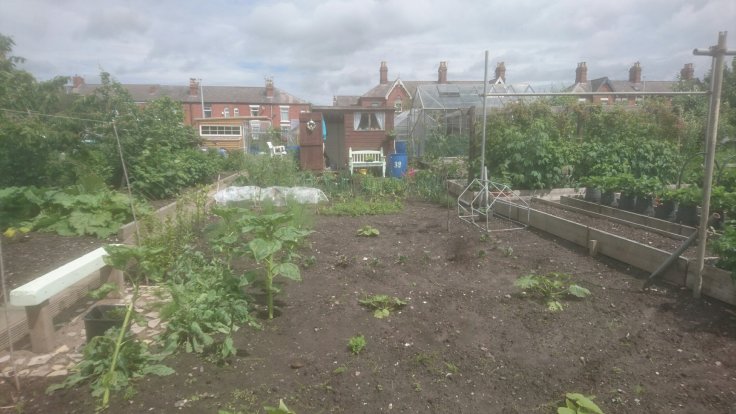 I headed down to the main coop and fed the girls. They all seemed in good spirits and keen to investigate what I was up to. Using a large brush and dustpan, I cleared both nest boxes of the old bedding and removed all the boards and perches. 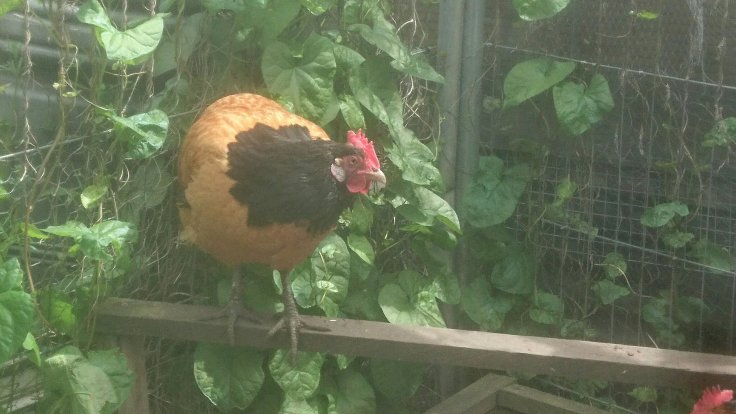 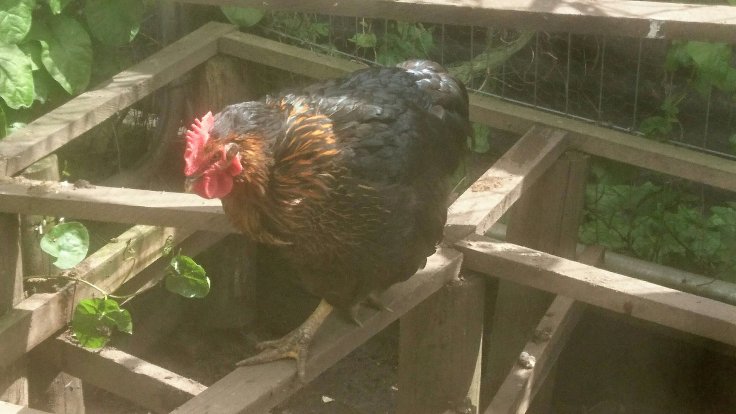 The boards and perches were cleaned with concentrated anti-mite fluid. After finding a few mites at the end of the perches, I left them to soak in a bucket for over half an hour to kill them all off. I made sure both ends of each perch are fully soaked in anti-mite fluid and cleaned thoroughly before leaving them to dry. Unfortunately, the weather had other ideas.

I had popped back into the greenhouse while the coop dried out and spent some time playing with Emily and her chicks. They are getting much more adventurous in their exploring of the greenhouse. As they settled down for a nap, I had both wyandotte chicks sleeping next to my feet. It was so exciting! 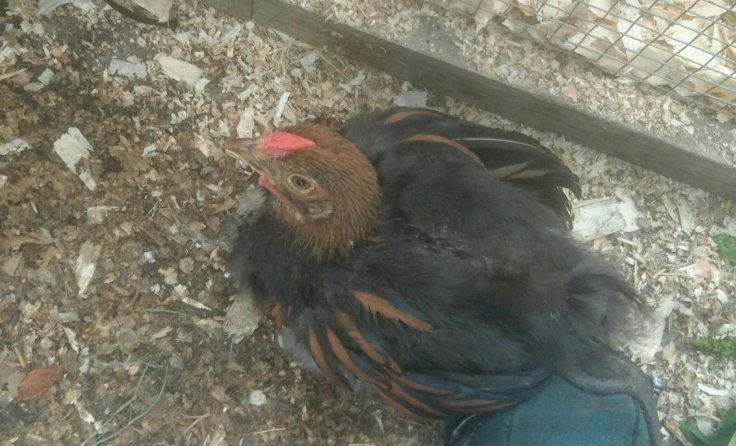 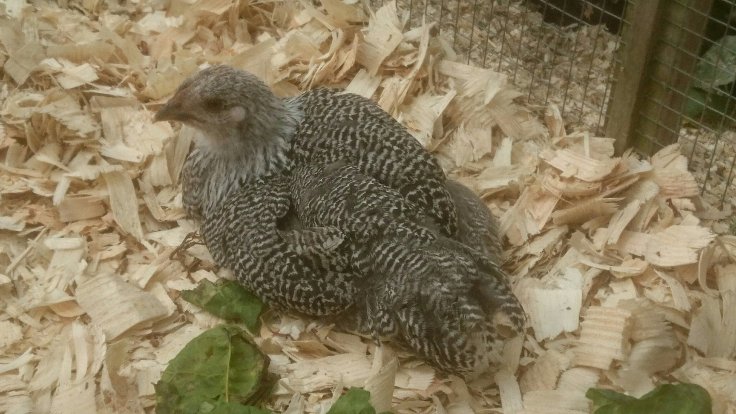 Then the rain started. I quickly dropped the chicks into the run with Emily and legged it down to the main coop. I got the boards in just as the heavens opened. Fortunately, the nest boxes had dried before the rain, so I dusted them with diatumous earth before filling the box with a thick layer of sawdust. Next, I replaced the boards and perches in the middle of the box and closed it up to try and keep it as dry as possible. 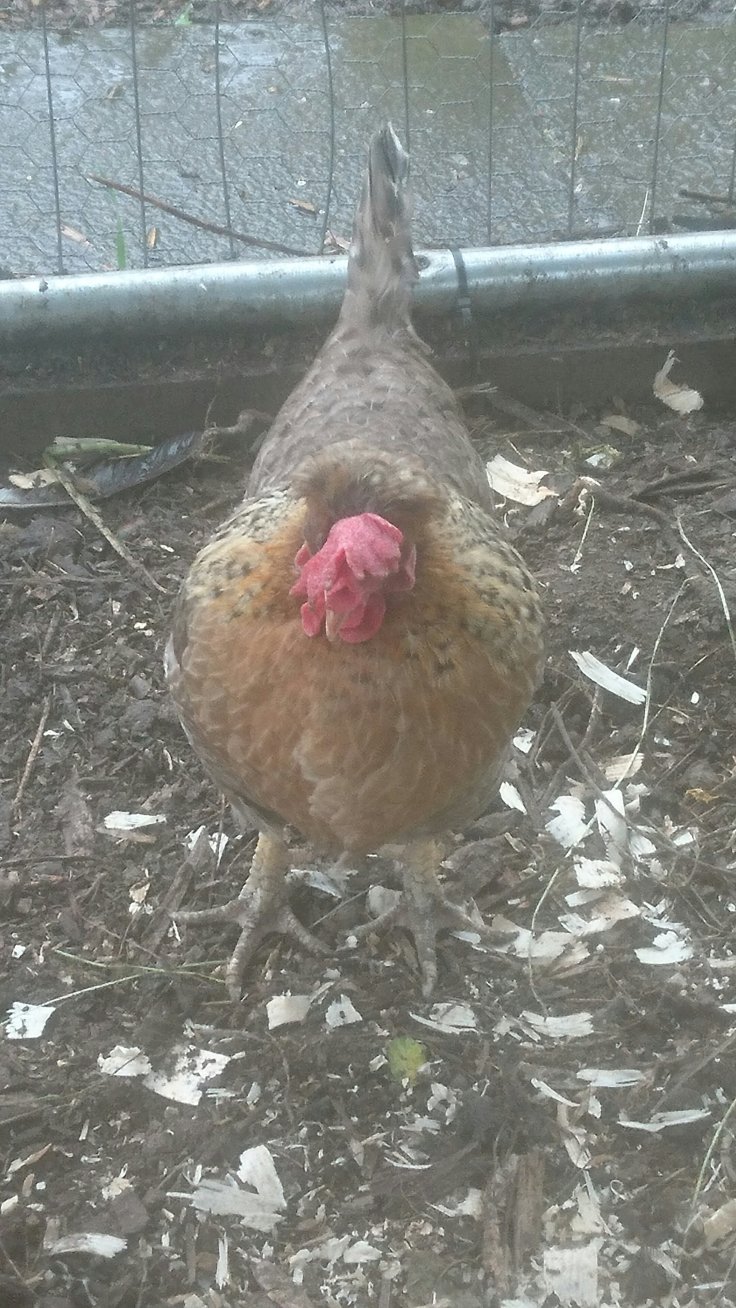 By now the monsoon was I’m fully flow so I ran back home via a quick stop at the greenhouse to pick up my keys. Hopefully the weather will be better tomorrow so I can finally hoe the plot and get rid of the weeds. This depends entirely on how soggy the ground is and relies in the rain stopping for more than a few hours at a time! 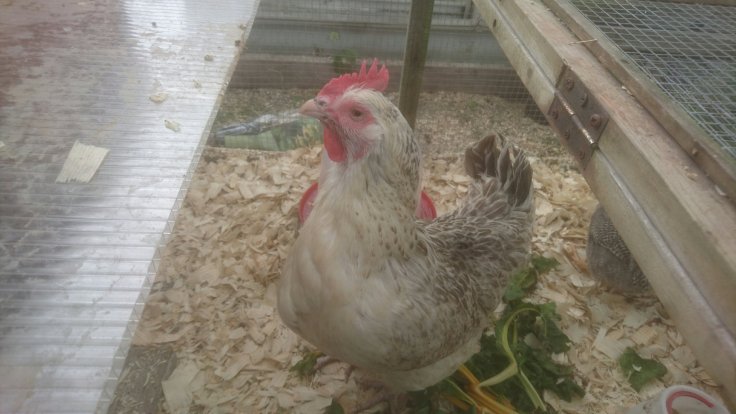