Today I took full advantage of the lack of rain (although the clouds threatened it constantly) to make inroads into the abandoned section in front of the fruit bushes.

For the second year in a row, our potato crop has failed seemingly without reason. Everyone else on site has managed to produce a good crop this year (dry years mean less chance of blight). It’s frustrating as potatoes are great for loosening hard ground and replacing minerals into the soil. So I am not entirely convinced I will bother next year.

I waited for weeks for any plants to appear and when a few did I left them to grow. They didn’t much and apart from the odd removal of a large dandelion, I left this part of the plot to its own devices. Something I came to regret today. The soil which has a high clay content, had been baked rock solid by weeks of sunshine. Even the last 10 days of rain has done little to soften the soil. I cleared almost all the weeds, utilising the cracks within the soil to remove weed roots, something that was unimaginable before the weather broke. I then spent the next hour with a hoe, trying to loosen the soil and break down the large clumps. I left the most difficult part for tomorrow as my hands and arms were rather sore from all the work!

The only down side with rain is that suddenly every single square inch of soil seems to sprout several hundred weeds overnight. Fortunately, the top section of the plot has been hoed consistently over the summer and it was a quick 10-15 minute job to clear the weeds away.

Next for the chickens who seem to be enjoying the cooler weather. Evie persists in her deluded notion of being broody despite not sitting on a single egg. I have no idea what that chicken thinks she is doing but I have left her to it. I managed to get some good photos of Molly, Holly, Daisy and Snap who were surprisingly cooperative in staying still!

Emily seems to have got a new lease of life and has re-established herself in the top of the pecking order, taking advantage of Evie’s continued absence. As an added bonus, she seems to have started laying eggs again. Her eggs are quite small, brown with darker brown flecks and are easy to spot. I lifted the lid of the nest box yesterday to find her in there with an egg beneath her. Not so surprising, but the film that chickens add to their eggs to protect it was still visible as I picked it up. It goes to show that old chickens still have it!

Fizz seems to have decided to try to moult all her feathers simultaneously for reasons best known to herself. She looks in a dreadful state but her new feathers are coming through! 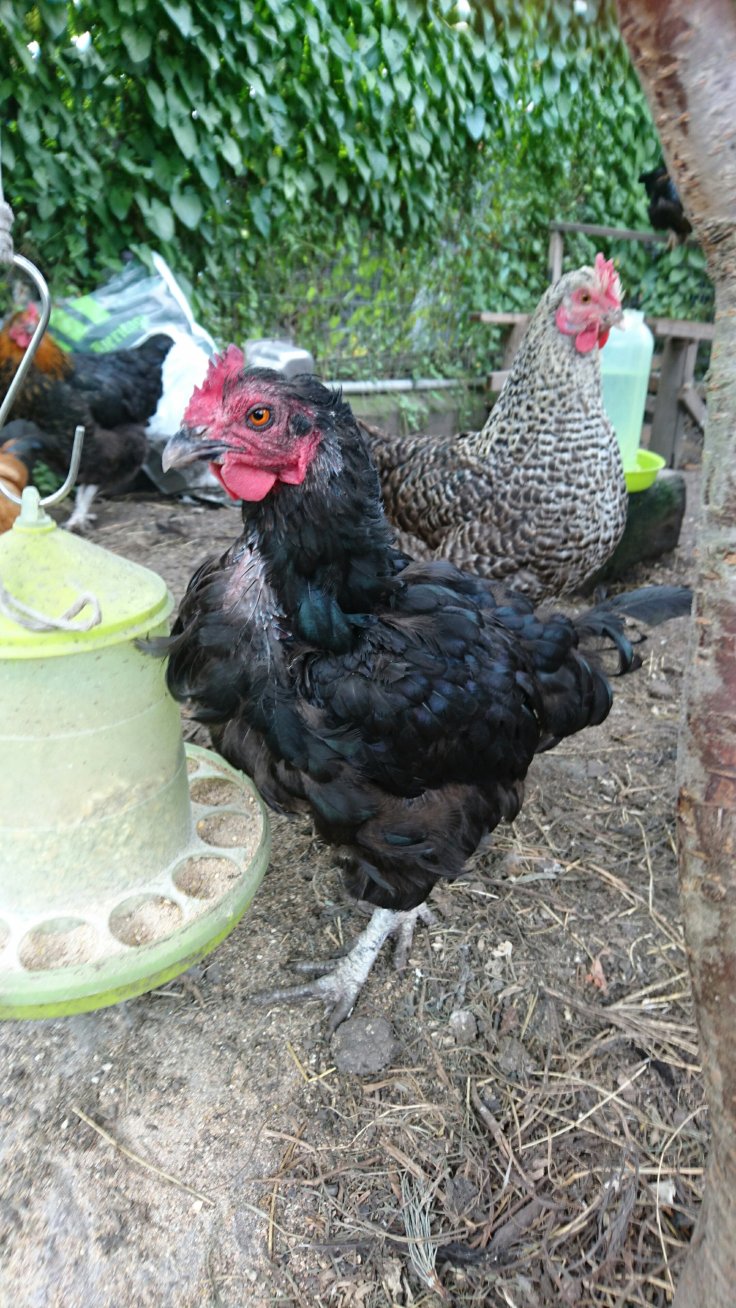 Plan for tomorrow is to complete clearing the remaining weeds under the greenhouse shield and hoe over the soil before clearing under the fruit trees.